Have you encountered the fact that at home light bulbs explode when you turn on the light in the chandelier or in other cases? It doesn’t matter if they are incandescent or energy-saving, sometimes they fail, causing discomfort with loud popping and flying shards. The reason may be a factory defect, as well as a power surge or a number of other factors. In this article, we will explain why the lamps burst and what to do to avoid this.

The simplest electric light source is incandescent lamps, they are used less and less in apartments or private houses, because people are gradually switching to LED light sources. Nevertheless, incandescent lamps are often used in pantries or in an entrance. When they fail, the replacement reveals that the glass bulb has burst or even exploded. Why is this happening?

There are 5 main reasons:

For the same reasons, halogen light sources, which are often used in spotlights, burst. Let us consider in more detail all the reasons why a light bulb may explode.

If your lamp exploded - check mains voltage. It often happens that it deviates from the normal value, becomes increased or decreased. The fact is that the spiral is made of tungsten alloys - a metal with high resistance. The current depends on the resistance and the applied voltage. If the voltage in the network drops, the lamp shines dimly, and if it rises, it shines brightly, more power is released and the service life is drastically reduced. 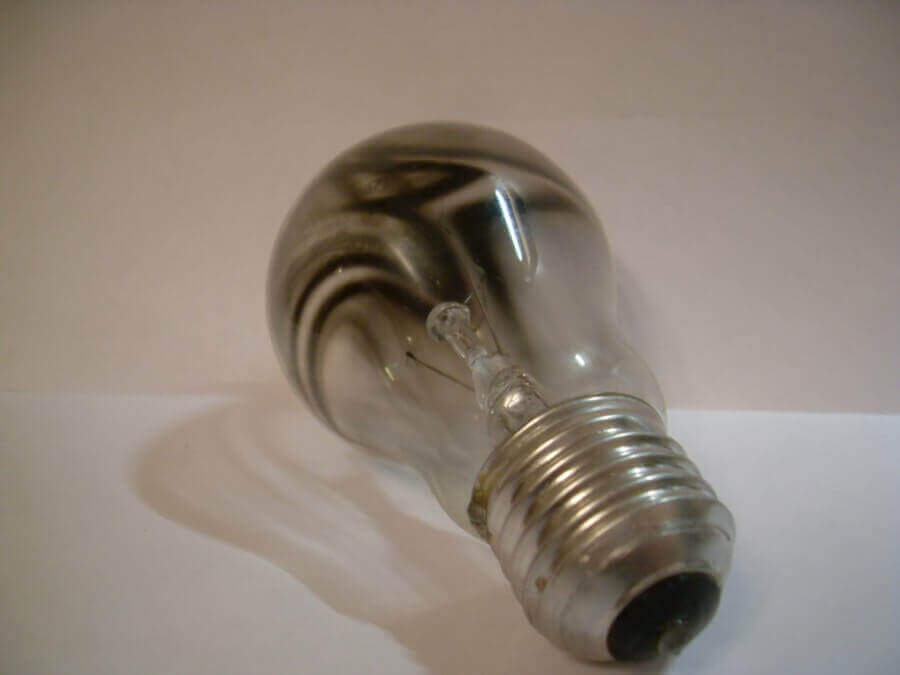 But sometimes there are surge surges in the network. About how to deal with them, we published an article earlier: https://my.electricianexp.com/en/chto-takoe-perenapryazhenie-v-elektroseti.html. At this moment, the voltage rises sharply from 220V to several thousand volts, a sharp jump in current.

Due to the release of high power, the spiral is destroyed. Depending on the operating conditions of the lamp, the state of its bulb and the magnitude of this impulse, it either simply burns out, or an arc or sparks form inside the bulb. In this case, the flask may crack or explode. 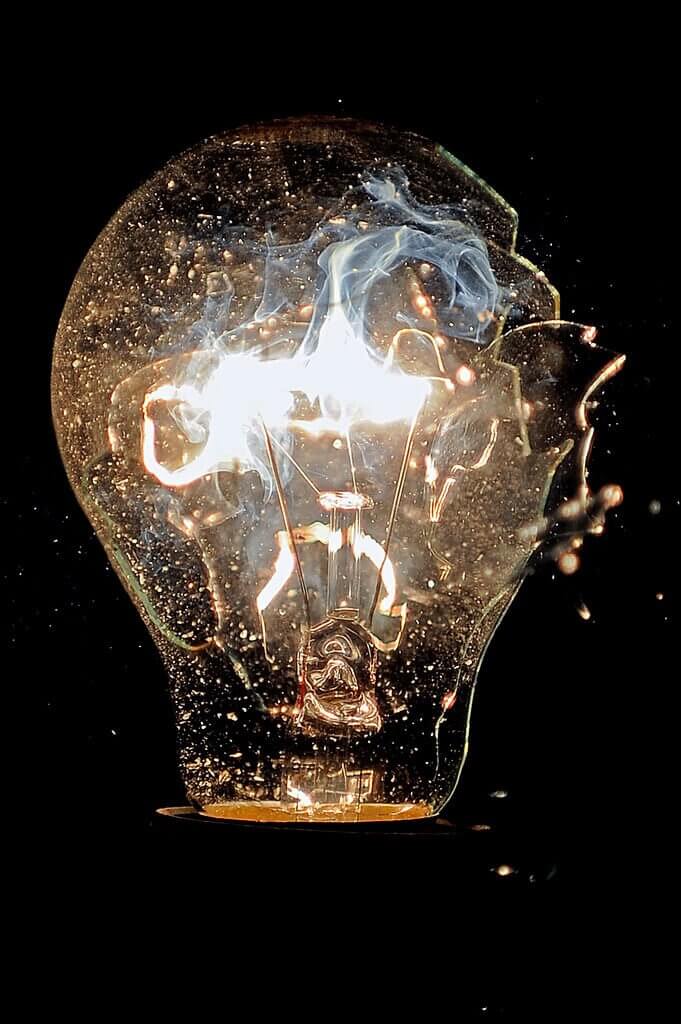 To avoid this and secure the rest of the equipment - it is recommended install voltage stabilizer to the whole apartment.

Problems with the lamp

It also happens that a bulb bursts or burns out in the same lamp or in a cartridge. This occurs due to poor contact, as a result of which not only excessive heating of the base occurs, but also sparking can occur. Sparking is always inrush and power surges. The same thing can happen with a malfunctioning light switch or poor cable routing in the terminal blocks. 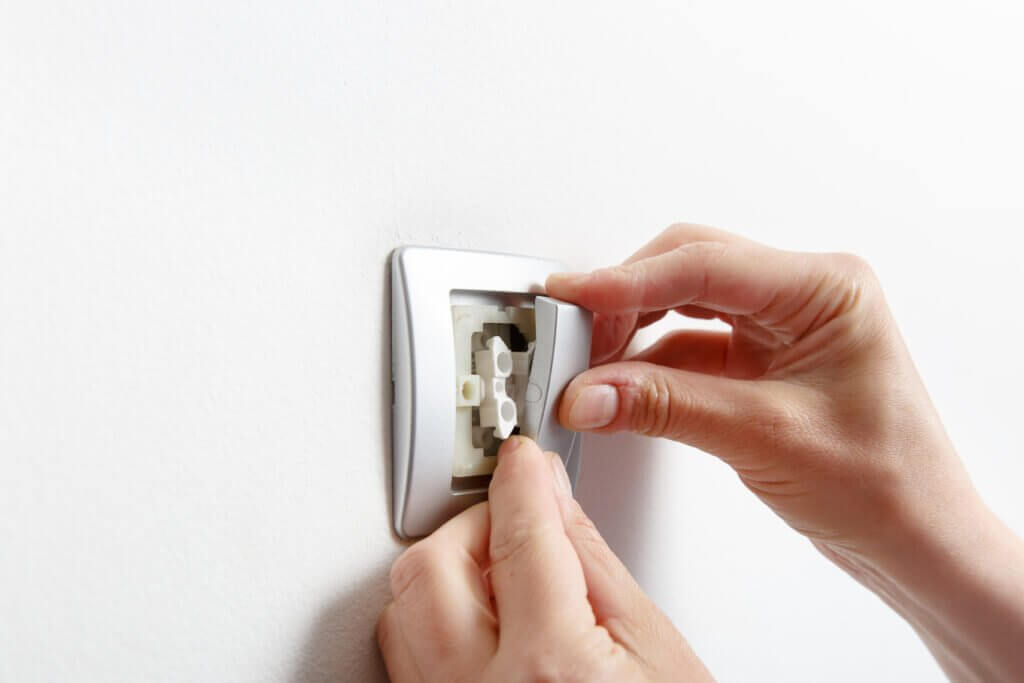 In this case, you need to check the condition of the contacts of the cartridge, if they are blackened or oxidized - clean with an eraser or a file (in the extreme case, a sting of a slotted screwdriver) until a metallic luster appears. If necessary, tighten the tabs so that they fit better on the base. 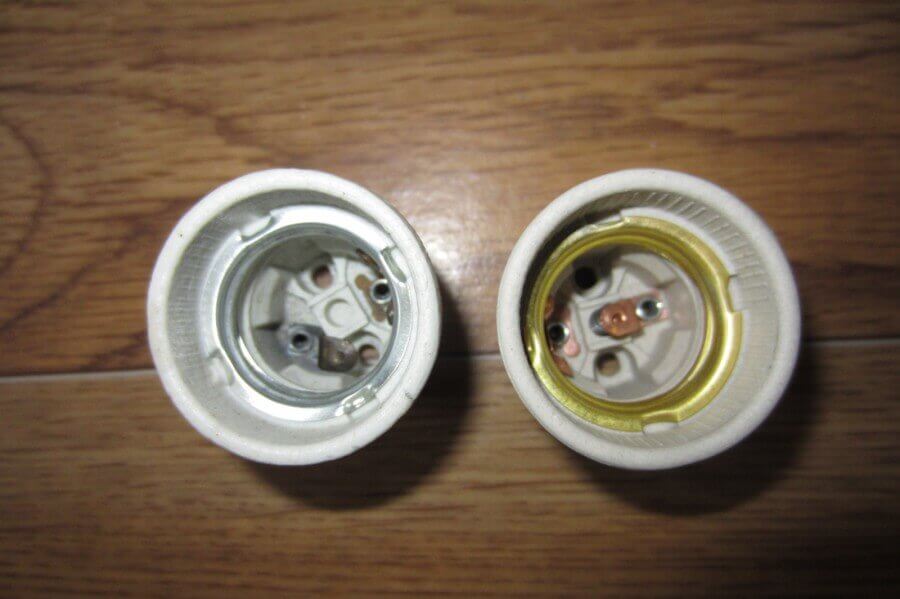 It often happens that the lamps in the chandelier explode when you turn on the light. The fact is that the resistance of a cold spiral is in the region of tens of Ohms, and when heated, it decreases sharply.

Let's say the resistance of a cold spiral to an incandescent bulb per 100 watts is about 35 ohms. Let's calculate what current flows through it:

Then, when turned on, power is released:

14 times more than the nominal value. This is called a cold current surge - it is dangerous. We figured out the reason, let's figure out what to do so that the bulb does not burn out and explode when the light is turned on? 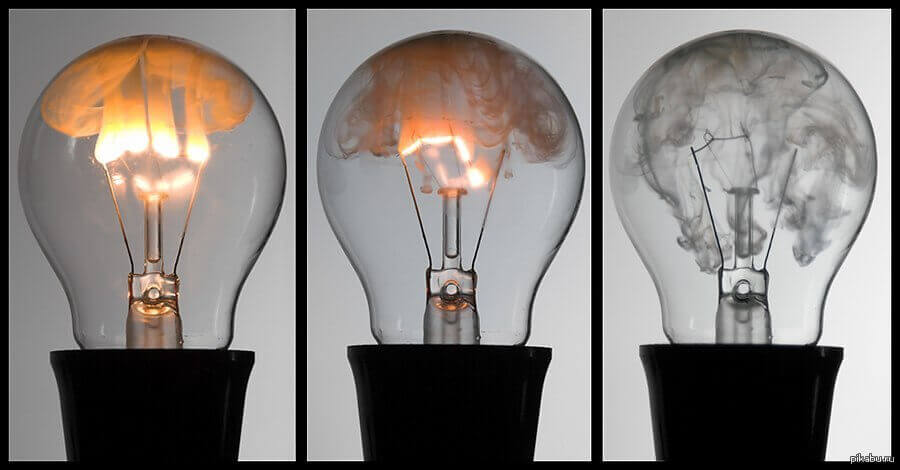 Everything is quite simple - there are such devices as a “halogen lamp protection unit” (or incandescent - there is no difference), the principle of its operation is to gradually increase the voltage and, accordingly, gradually increase the current when the lamp is fired up. It is connected to the gap of the phase wire to the lamp. 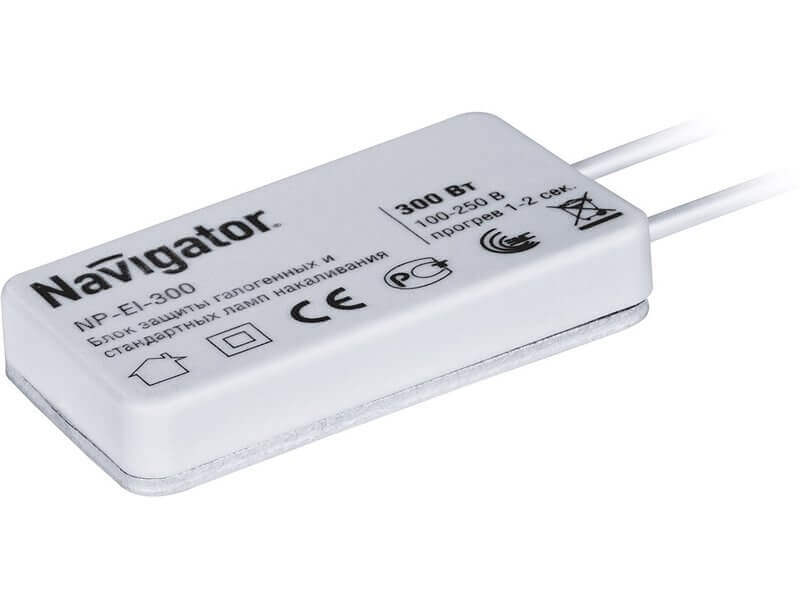 For more information on how to make the incandescent lamps turn on smoothly, read our article: https://my.electricianexp.com/en/5-sxem-plavnogo-vklyucheniya-lamp-nakalivaniya.html.

If the light bulb is in a hot room, for example, in a kitchen or in a bathhouse, and even in a closed ceiling, then the heat has nowhere to dissipate. As a result, the temperature of the flask rises until it cracks and explodes. 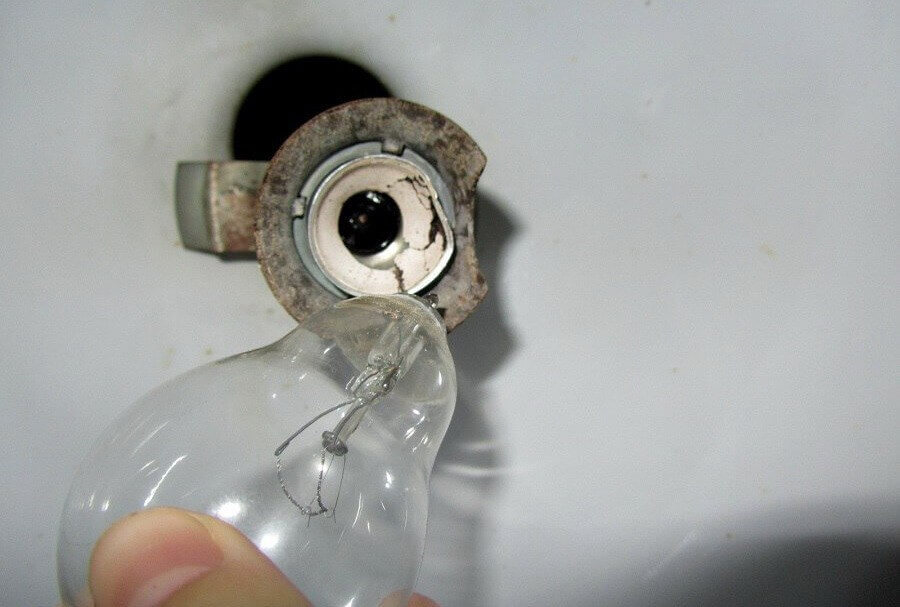 Usually the flask exfoliates from the base, as a result hangs on the “hairs”, with the slightest stirring they are closed or break off.

To avoid overheating, you must either use other lamps, or install lamps of lower power. This is especially important when it comes to installing spotlights in a stretch ceiling. In this case, not only the film may be damaged, but also a fire may occur. 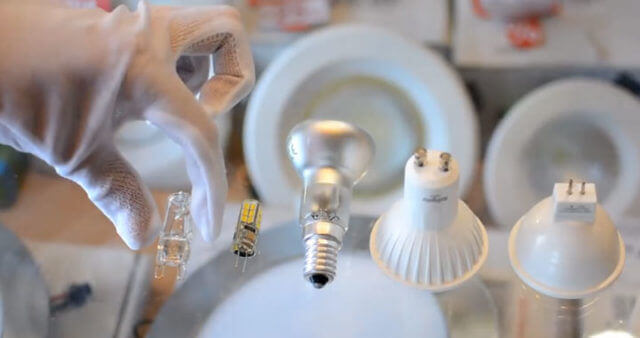 Grasp glass only with X / B gloves, a handkerchief, or a special puller. 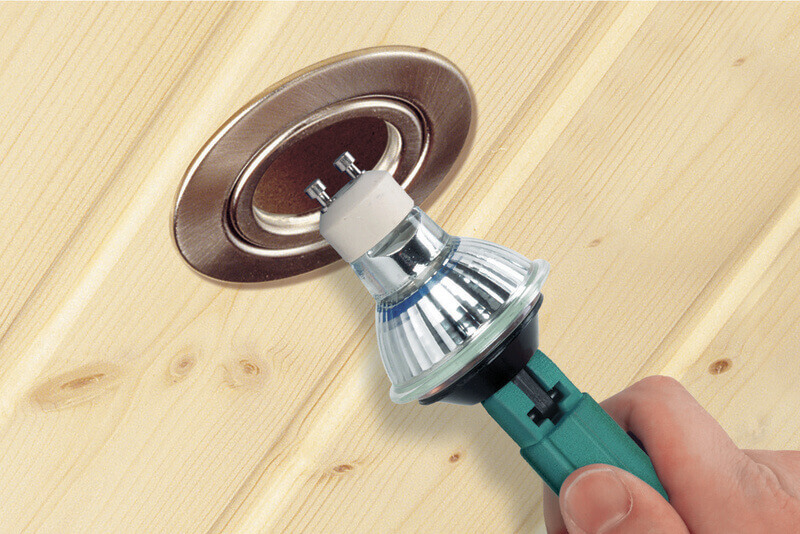 If the lamp shade vibrates from the operation of other equipment or staggers from gusts of wind, the bulb of the bulb may burst or the spiral will simply break in it. To extend its service life in this case, fix the lamp tightly, and to prevent vibration from being transmitted to it, you can lay a gasket made of damping material, for example, rubber. The main thing is that this gasket does not catch fire from heating.

The lamp may explode during combustion even if it splashes water or snow. If this is likely, use lights with closed shades to prevent such exposure. 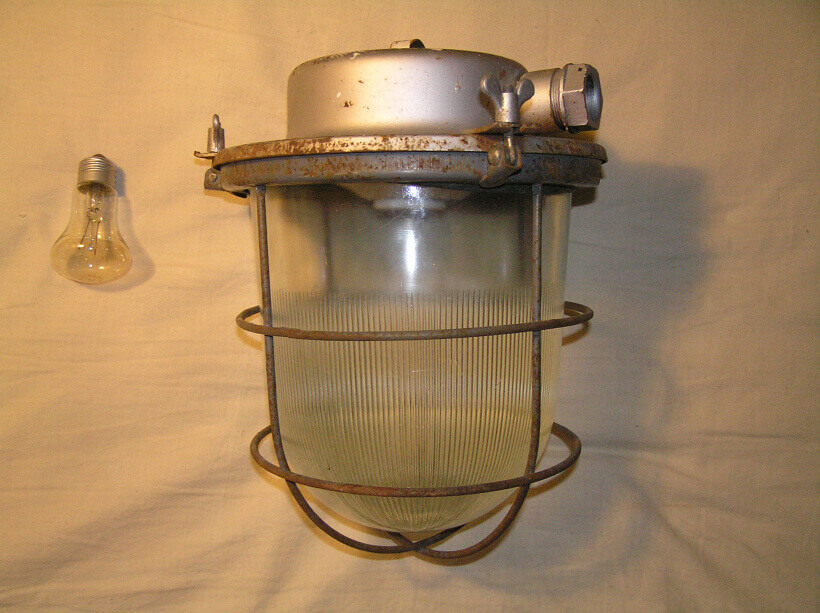 Luminescent and other gas-discharge

These types of bulbs explode much less frequently. A flask of a linear fluorescent lamp or CFL (energy-saving) most often explodes due to factory defects or mechanical damage. 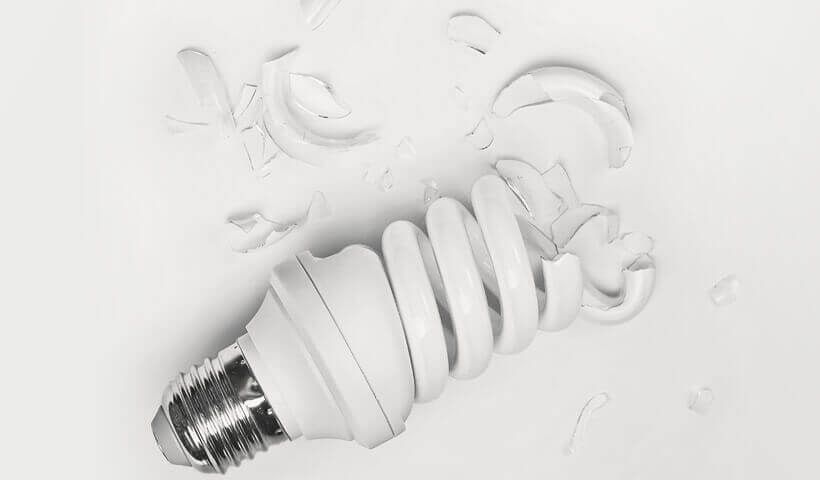 But this can happen due to failure throttle or electronic ballasts, as a result of which a high current flows through the lamp, the discharge in it heats the gases to a high temperature and the thin glass does not withstand and bursts. Therefore, if one by one the bulbs in a linear fluorescent lamp explode, check the operability of the ballasts, if it is out of order, replace it.

It is also impossible to allow water to enter, because the flasks of gas-discharge light sources are heated, and a sharp temperature drop can be fatal, including for DNaT and DRL.

Important! What to do if an energy-saving lamp crashes, read the article: https://my.electricianexp.com/en/chto-delat-esli-razbilas-energosberegayushhaya-lampa.html.

High-quality LED products definitely do not explode. But cheap products of Chinese brands - periodically. LEDs cannot explode by definition, however, a power supply unit with a rectifier, which includes a filtering electrolytic capacitor, is installed in the LED lamp, so it can explode. What is the reason? 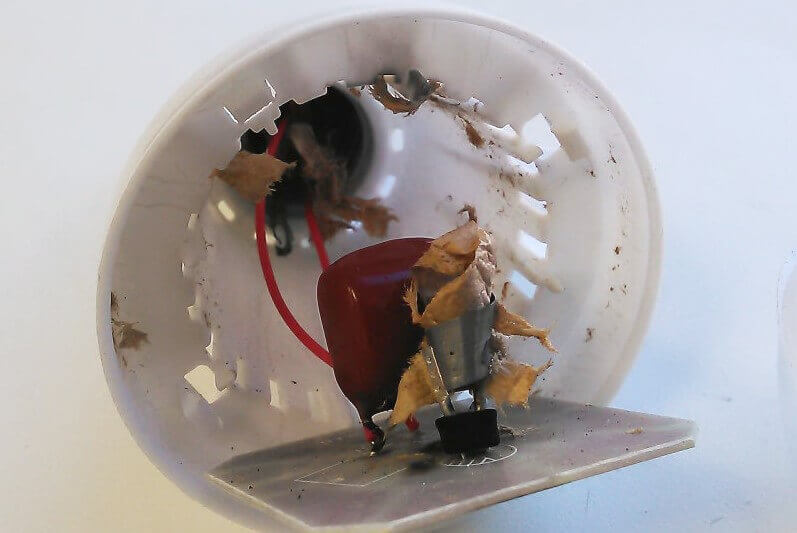 For the sake of economy, the Chinese install elements designed for low voltage, for example, 63 Volts instead of 400. Under normal conditions, they still somehow work, but with the slightest deviations from the nominal voltage in a large direction - they explode. As a result, the lamp housing may also break (although this rarely happens).

So we examined the main reasons why light bulbs explode in the chandelier and other lamps. As you can see, mainly the explosion of lamps occurs due to problems with the voltage in the network, poor-quality assembly or improper operation. We hope the provided article was useful and interesting for you!