Are power lines harmful to human health and the environment?

Technological progress has led to the fact that the natural field of the earth has been enhanced by numerous electromagnetic fields of artificial origin. At some points on the planet, tension has increased 100 times. Strengthening occurred in the places where the power lines lie. Therefore, the question has become relevant, what kind of harm from power lines to human health and the world. We will talk about this later.
Content:

Types of power lines by voltage

The energy transmitted by the power transmission line creates an electric and magnetic field in the adjacent space, the propagation distance of which depends on the voltage of the transmitting overhead line.

Power lines can be:

Thanks to research by scientists, it was found that the effect of electromagnetic fields adversely affects human health. Currents form in his body. This is due to the conductivity of organs and tissues through which blood and lymph circulate.

An analysis of the studies showed that residents of houses located near power lines or with substations became ill with cancer twice as often as residents of other areas. The field affected the child’s health even more. Children developed leukemia 4 times more often. 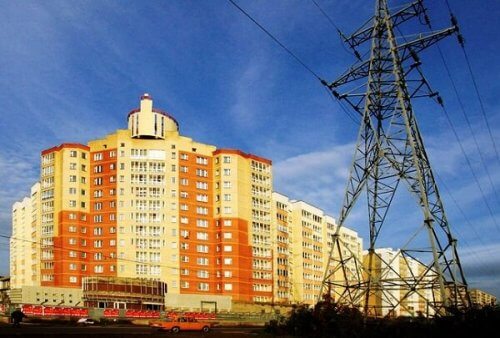 A negative effect of high-voltage lines on the following body systems was recorded:

It has been established that the health of people living near power lines gradually worsens over time. They often have headaches, memory problems, muscle pain, dizziness. The number of strokes and heart attacks is increasing. Concerned about insomnia and weakness. Women have problems with bearing and having children. The health of newborns is weakened. 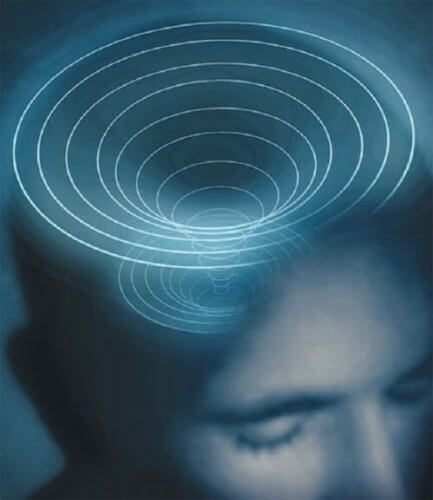 Harm received by a person when exposed to it electric field, depends on the tension and on the duration of action on the body.

A person can be exposed for a long time to an electric field with a voltage of 0.5 kV / m, while there is no negative effect on health.

If a person is required to stay in places of high tension, it is necessary to be guided by the following standards, according to which the time spent in the zone:

Subject to these conditions, human health is restored during the day.

If it is impossible to limit the time spent by working personnel at hazardous facilities, screening of workplaces with metal sheets, nets and other devices is used. Shrubs from 3 meters high and 6 meter trees planted under overhead lines give a good effect.

When electromagnetic fields affect residential buildings, it is important to maintain the health of the people living there. For this, sanitary standards have been developed (SanPiN 2971-84), regulating the minimum safe distance, protective zone, from power lines to nearby buildings. 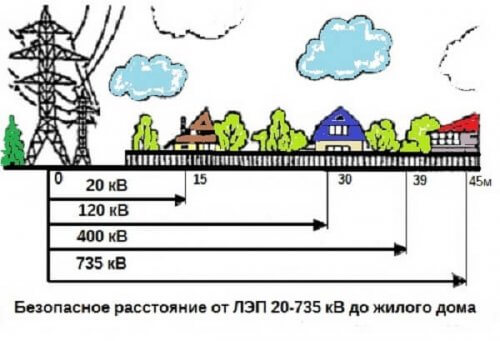 Increased requirements are placed on the location of ultra-high voltage trails. The distance from the overhead line to the settlement should be:

Impact on the environment and ecology

Electromagnetic fields have a strong effect on all biological objects located near airways: on insects, on plants, on animals.

The neighborhood with high voltage lines on bees is detrimental. Insects become aggressive, restless, lose their working capacity, flight activity. There is a threat of death of queens and families. 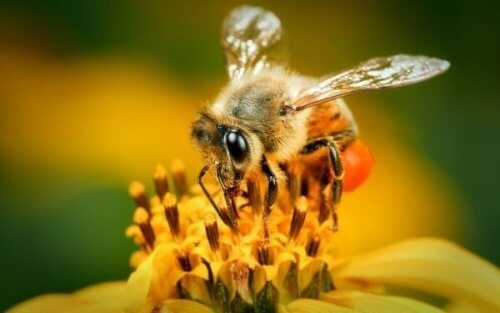 Flying insects - bugs, mosquitoes, butterflies tend to the area with a lower level of tension.

Plants change the shape of leaves, stems, flowers, extra petals and other developmental abnormalities appear. According to some reports, the electromagnetic field positively affects the yield of crops, the fruiting of berries and vegetables. The experiments showed that after exposure to a field of high tension, the seeds began to give a greater percentage of germination and rapid germination.

The effect of VLEP on animals is as negative as on humans. Artiodactyls are most sensitive. If the pasture is located on a site adjacent to the overhead line, a potential of 10 kV can be induced in the body of an animal isolated from the ground by hooves. When touching grounded objects (grass, branches of a bush), a current pulse of 100 - 200 μA occurs. This value is not life threatening. The artiodactyl's health will not deteriorate, but discomfort is ensured. If the wooden supports of the overhead line are treated with creosote, then contact with this substance can have adverse consequences for the animal.

Birds become victims of electrical discharges by direct contact with live parts and by touching the insulating parts of the wire suspension.

By the way, we talked about why birds are not electrocuted on wires in a separate article: https://my.electricianexp.com/en/pochemu-ptic-ne-bet-tokom-kogda-oni-sidyat-na-provodax.html. 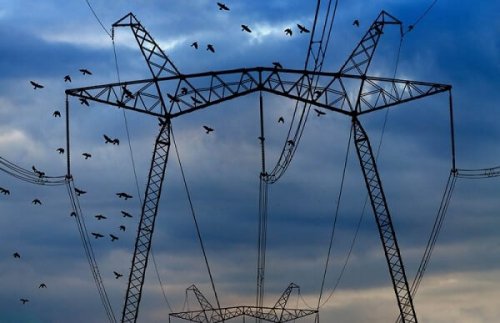 To minimize the harm caused to the environment by objects of increased danger, it is necessary to use special protective devices.

High-voltage power lines can act locally even on weather. It was recorded how the power lines affect air flow. Cold air, reaching the high-voltage route (800 kV), began to flow around it.

In his work on the theory of atmospheric electricity, the Russian scientist Lev Aleksandrovich Pohmelnykh put forward a hypothesis that high-voltage power lines have an adverse effect on the environment. According to the scientist, global warming and the formation of an arid climate is due to the ionization of the atmosphere of power lines, so the greenhouse effect has nothing to do with it.

Damage to technology and means of communication

The increase in the length of the transmission routes in the country led to the fact that the electromagnetic field of the power transmission line began to affect the reception of television signals and radio communications.

What are the reasons for the occurrence of radio interference from overhead lines, why do they affect the reception of TV? As a result of a corona discharge, electromagnetic disturbances arise in the space of the wires, they are the reason interference for radio receivers. 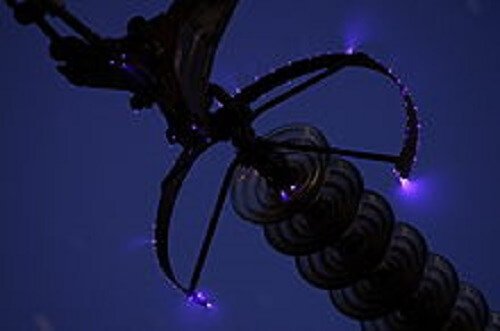 And how does the weather affect radio interference? Depending on meteorological conditions, interference may decrease, increase or disappear for a while. For example, when pollution from wires is washed away by rains, the level of interference on radio channels and communication lines is also reduced. They do not increase with fog or dew. But in rainy weather, the increase in interference on terrestrial television occurs in proportion to the intensity of the rain.

When using OHL supports for mounting fiber-optic communication lines, it must be taken into account that an electromagnetic field will act on the fiber optic link. The potential induced at the same time will cause its premature failure. To avoid this point, you need to find the point of zero potential and fix the optical cable in it.

A high-voltage power line has an unsafe effect on steel trunk pipelines, including gas pipelines in the following cases:

The danger lies in the fact that the alternating electromagnetic field created by the overhead electric line affects the pipeline located in the ground. The induction that appears in this case leads to the formation of a longitudinal Emf. The health and lives of staff are at risk.

How does this process affect the pipeline itself? Due to the alternating current, electrolytic corrosion of the metal occurs. Electrical devices associated with the pipeline may fail. In addition, if the power line breaks, the pipeline may be under high voltage.

To ensure safety, use the pipeline protection device (UZT): 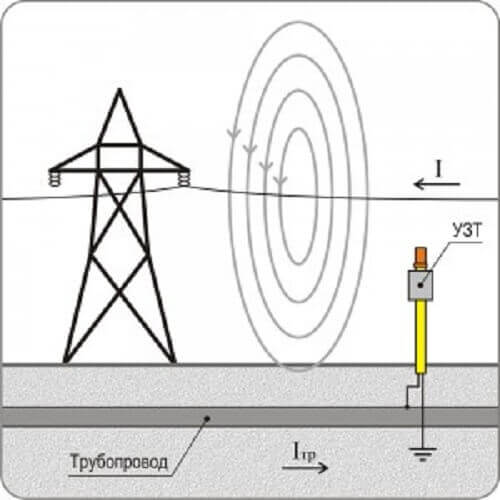 Does the VL magnetic field influence mobile communication, phones? Much depends on the operator, on the technical capabilities of the phone, on the distance to the power lines. At high humidity, when corona discharges are clearly audible, the connection at the support may be weak or, in general, be absent. But, in general, overhead lines do not have a significant impact on cellular communications.

The same can be said about the effect of overhead lines on drones and other radio-controlled models. Interference from power lines can interfere with the control of these devices. But, basically, nothing prevents the movement of quadrocopters. They even plan to use them during technological inspections of air electric routes. 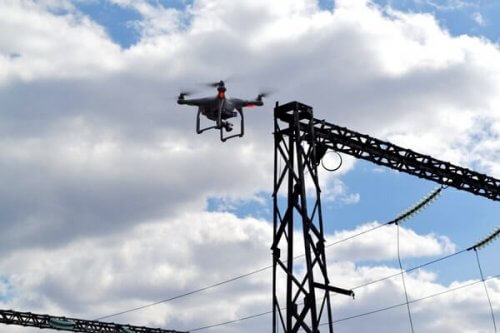 A magnetic field has a greater negative effect on human health than an electric field. Despite this, its maximum permissible value in Rpoka was not normalized. Some of the previously designed power lines were built without taking into account this danger. According to European standards, the magnetic field should be tens of times lower than what we currently have.

A 10-fold increase in the sanitary zone is considered sufficient to ensure public safety. If the high-voltage line is close to your home, to determine how dangerous its functioning is, it is worth inviting a specialist.

Now you know what harm from power lines to human health and the environment. We hope the information was useful and interesting for you!