How to protect yourself from electromagnetic radiation at home and at work?

We all know from the lessons of the Belarusian Railways that electromagnetic radiation (EMR) negatively affects the human body. When staying in the danger zone for a long time, initially fatigue and drowsiness are observed, which over time can turn into more serious consequences: the development of tumors, suppression of the immune system, hormonal disruptions. Especially dangerous is the effect of waves on pregnant women, because EMR can cause pathology in newborns. Next, we will talk about the main methods of protection against electromagnetic radiation in the apartment and in the workplace.
Content:

How to protect yourself in everyday life

So, the following household appliances are considered the main sources of electromagnetic fields in a house and apartment: 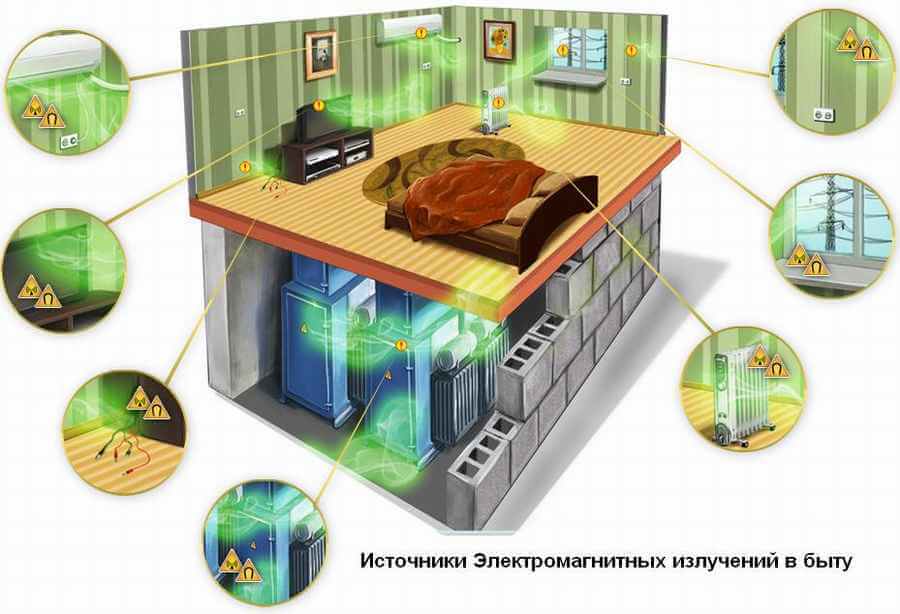 The first and probably the most important emitter is a mobile phone. When you go to bed, turn it off or leave it away from bed until morning. In addition, try to carry the cell phone not in your pants pocket, but in your bag. Do not hold the phone to your ear until a connection is established. An effective way to protect against mobile electromagnetic radiation is to talk using a wired headset (headphones with a microphone).

If you want to protect yourself from EMP of kitchen appliances (washing machine, electric stove, microwave oven or kettle), when you turn on the appliance, move away from it no less than half a meter. For the same reason, it is recommended that refrigerator installation no closer than half a meter from the dining table (it is better to leave a distance of 1-1.5 m).

TV and computer are generally a separate issue. To protect against electromagnetic radiation from the computer, place the system unit under the table. It is recommended that you keep a distance of at least 70 cm from the monitor. Doctors also do not recommend keeping the laptop on your lap when working. If you are sitting at a computer for a long time, take as many as 5-minute breaks in the fresh air.

The simplest method of protection against electromagnetic radiation in an apartment is to turn off inoperative electrical appliances from the outlet. You will be surprised, but even when the device is turned off, it emits waves if it is plugged in. This primarily applies to table lamps, office equipment and those devices that rarely turn on (for example, air conditioning or a vacuum cleaner).

As for the wiring, experts recommend that those who want to protect themselves from electromagnetic radiation use a special shielded cable for laying in the wall.By the way grounding in the house plays an important role in protection - metal grounded electrical appliances emit much less radiation.

By the way, now on the Internet they offer to buy special means of protection against electromagnetic radiation for the house and apartment. We do not recommend using these devices because often buyers are “fooled” by fakes. Use the tips provided above and then radiation will not affect your body so much!

We protect ourselves in the office and at the factory

To protect yourself from EMR in the office, it is enough to at least take into account the recommendations that we set out in the previous paragraph. In addition, you need to have neighboring computers at a distance of at least 2 meters from each other. Also, do not forget to turn off those devices that you absolutely do not use in your office (the same table lamp in the afternoon). 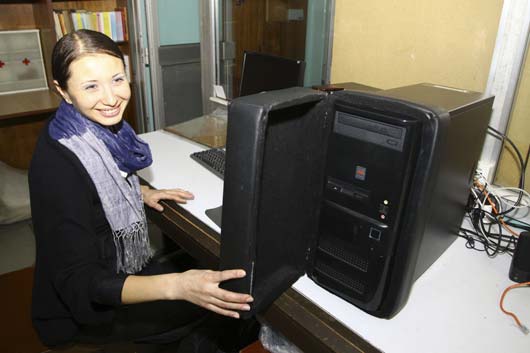 Protective cover for the system unit

Measures to protect against radiation in the workplace are much more complex. If personnel work in a zone of increased electromagnetic or laser exposure, it is necessary to protect them with sets of special clothing and materials: dressing gowns made of cotton / coarse calico, EP5-90 glasses, radioprotective suits, etc. 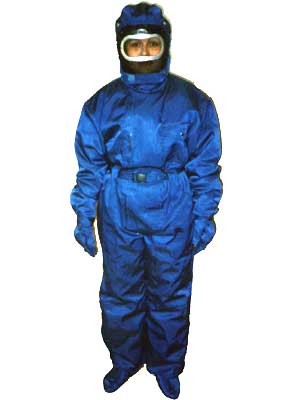 In addition, attention should be paid to the shielding of rooms - the installation of absorbing or reflecting screens (as in the photo below). It is also important to take care of removing the workplace as far as possible from the radiation source. As for additional engineering and technical measures to protect against electromagnetic radiation in the workplace, these may include the installation of special screens in the form of a grid. 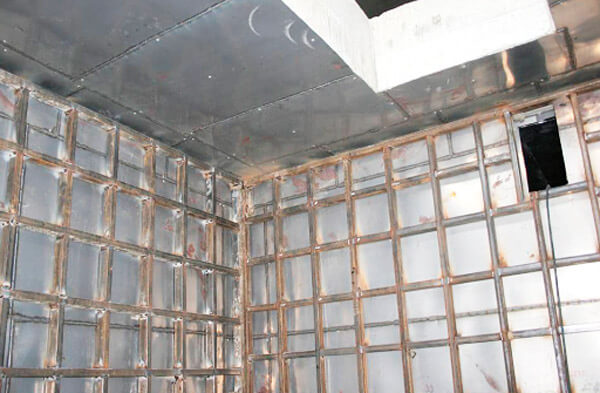 The most effective measures that protect against EMR are provided in this table: 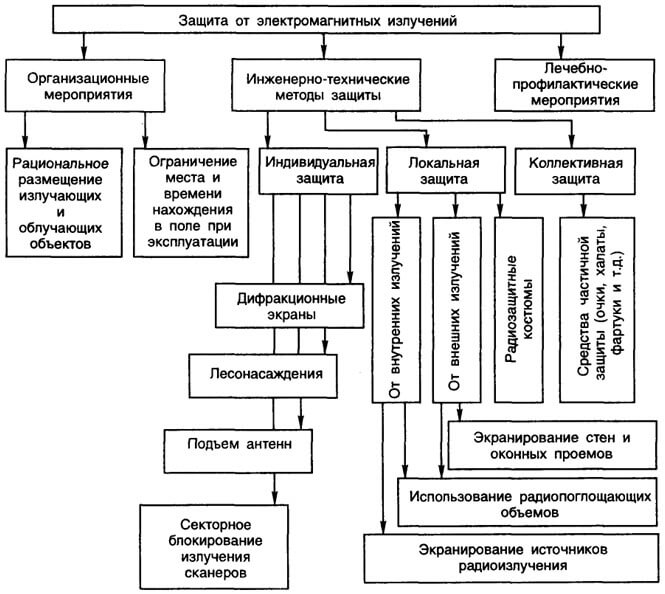 In order to protect yourself from the electromagnetic field, we advise you not to buy summer cottages that are located near power plants, radio towers, TV towers and power lines. If you are told that the house for sale is outside the danger zone, we recommend that you call a specialist and verify this after a control measurement of radiation.

Electric vehicles (trams, electric trains, subways) are also dangerous for the human body. Keep this in mind when choosing a new place of residence!

That's all the most effective measures of protection against electromagnetic radiation in the apartment and in the workplace. As you can see, you can protect yourself in fairly simple ways and at the same time without extra costs!