Why don't birds be electrocuted when they sit on wires?

Have you noticed that birds often sit alone or in packs on power lines? In this case, the wires are under voltage, which can be from hundreds of volts to several thousand. Everyone knows that a person should not touch exposed live parts, as this can lead to electric shock. And at the same time, the situation with birds seems to be the opposite and is of interest to many people. So, let's see why birds are not shocked by wires.
Content:

Let's start with a reference to the physics lessons of the school curriculum, the section on electricity and magnetism. It says that the electric current is the directional movement of charges. It occurs between points with different electric potentials. In turn, electric shock occurs when current flows through the body (a feathered, animal, human). The flow of electricity, as has been said, is possible between two points between which there is voltage. 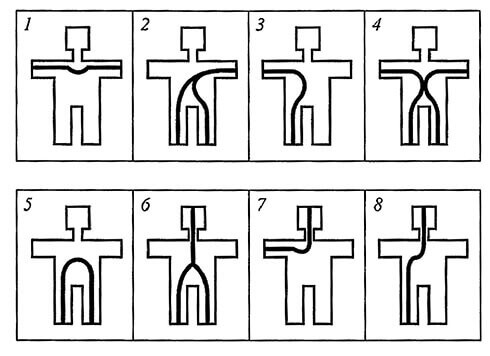 If you touch one of the wires while not touching other parts of the body of the earth and other conductive objects, current will not flow through it.

It's important to know: A current of 0.1A flowing through the body for one second is fatal to humans.

Feathered birds sit on power lines, with both paws holding on to the same wire. The voltage across its sections is almost the same along the length of the wire. There are no conditions for the flow of current through the body of the bird. The body has enough more resistance and capacity. Capacity is another factor contributing to the flow of electricity. A capacitor is an analogue of a capacitor, a direct current charges the capacitor, after which it stops flowing through it, while the alternating current successfully flows with a certain reactance. On one part of the half-wave of a sinusoidal alternating voltage, the capacitor is charged, on the second - it is discharged and recharged. 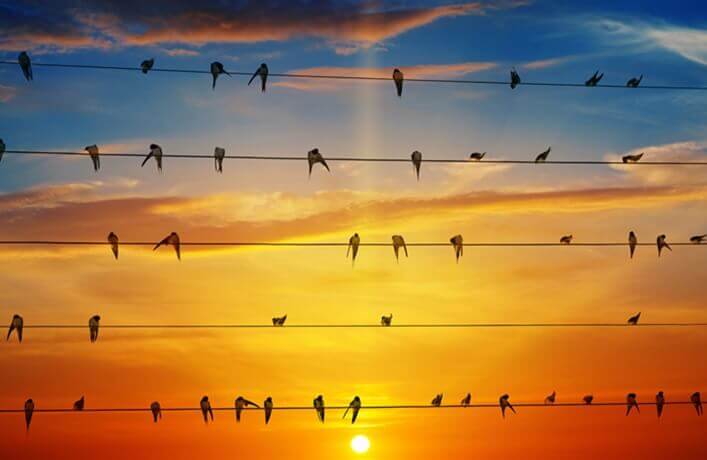 Let us return to our birds, their body has small linear dimensions, holding its paws on the wire, the bird is located at the distance from the edges of its body in contact with air, which is an insulator. If the potential at a point remote from the wire differs from the place where the paws touch, then the bird can be considered as a capacitor in an alternating voltage circuit. However, the capacity of the body due to its small size is small, respectively, and the current will be scanty. On the legs of birds there is a layer of rough skin with high resistance, which serves as an additional insulator.

It is also important to know that birds sense an electromagnetic field, therefore they do not sit on high-voltage lines that are under voltage of about 500 kV. This flair provides them with additional protection against defeat. Therefore, birds can sit safely on high voltage lines.

When does a bird die on wires

If the feathered bird sat on the wire, he won’t kill him. But this is true when she sits holding both paws on one wire. But if by chance a large stork or an eagle touches a wing, and often happens just like that, a neighboring wire (of another phase) or support - a blow and death will occur. When you touch the neighboring phase, an interfacial circuit is obtained through the body. When touching the support, a short to ground. Both types of circuit are characterized by high current.

It also dies when it carries something long in its beak, for example, a piece of wire - they can easily phase over. Even if it is a branch, especially if it is wet, at a voltage of thousands of volts it will become a good conductor.

And finally, we will answer another rather interesting question - "Can a person repeat the bird's experience?" Theoretically it is possible, but we strongly advise against trying. It is difficult to imagine a way how you can be at such a height, because jumping to a power line is a dubious undertaking. Although high-voltage electricians similarly serve the line. But they do this, observing a number of safety measures and use appropriate tools and equipment.

We also recommend watching a video that clearly explains why the bird is not shocked when they are sitting on wires: