How to protect the cable from mechanical damage?

When laying a cable line in a trench, it is worth thinking about its protection during earthworks in the future, since a frequent reason for cable failure is excavation, when the excavator bucket tears it apart. Also, the protective layer in the future, when searching for the track, will help simplify its location. Below we will tell readers Sametrick.ru how the cable is protected from mechanical damage.
Content: 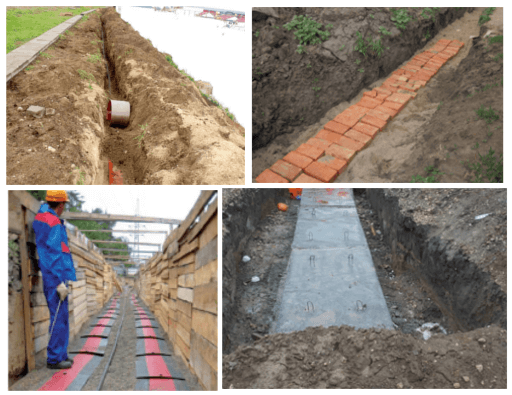 After arranging the trench, placing the track on a sand cushion, cover it from above with reinforced concrete slabs that will serve as a protective carapace (as in the photo below). By standards PUE 2.3.83 for lines of 35 kV and higher, the thickness of the protective plates must be at least five centimeters. 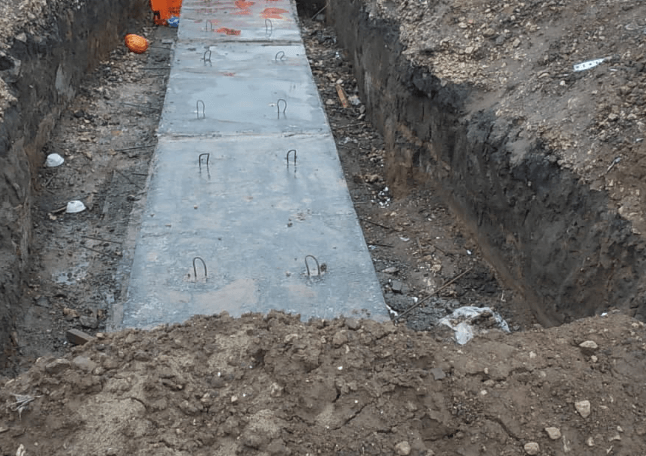 For less stress, it is also allowed to place baked clay bricks located across or along the route in a row, above the cable. The use of white silicate and hollow hole bricks is prohibited. During earthwork, a brick row plays a signaling role, warning of the presence of a cable route. 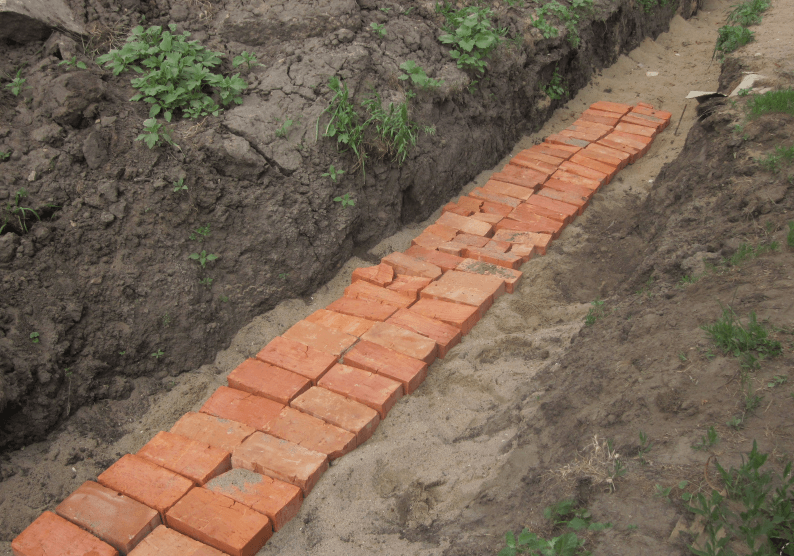 Cable protection up to one kilovolt can be performed only in places of possible mechanical damage during excavation. It is also allowed not to close the line when it is deep, 1-1.2 meters at a voltage of up to 20 kV, this does not apply to city electric networks.

Signal plastic tape can be used for lines up to 20 kV, supplying consumers of the first category, the amount of two in one trench. 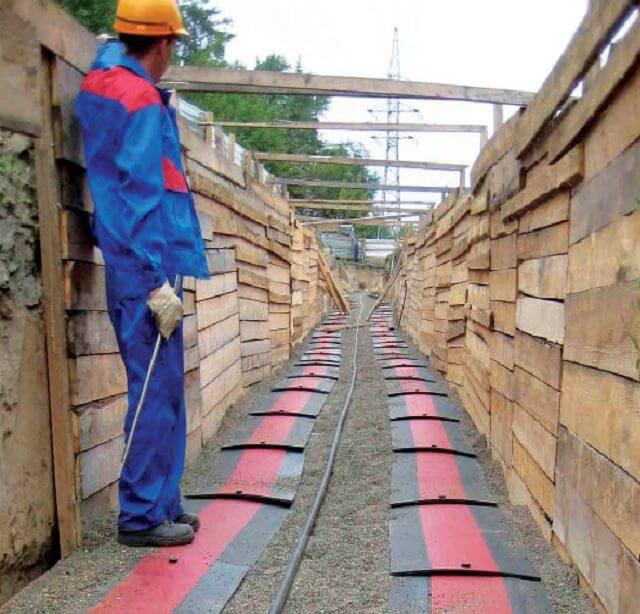 It is necessary to lay the plastic protective tape over the cable at a height of 250 mm from the outer sheath, while it should protrude above it at least 50 mm on the sides. It is forbidden to place the tape at the intersection of cable routes, as well as above the couplings and when approaching the switchgear. In these places using the methods described above.

Below are the normative tables of brick laying schemes in trenches: 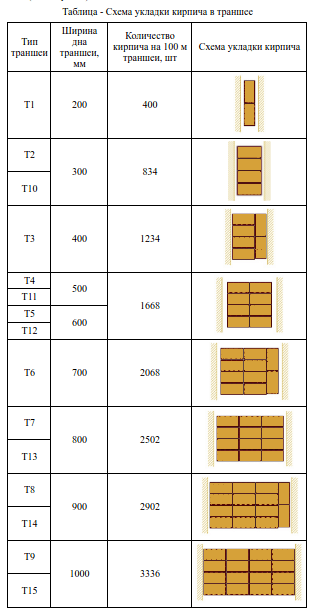 Also check out the layout of cable protection plates: 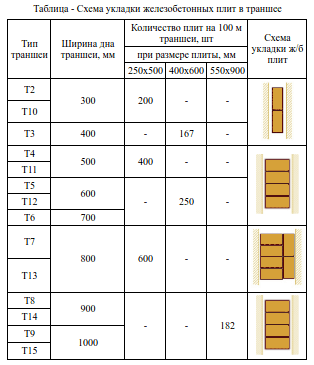 To learn more about the standards for cable routes, see chapter PUE 2.3.1.

The video below demonstrates how to protect the cable line in the ground:

In addition to protecting the cable in the ground, it is often necessary to prevent mechanical damage to the wiring in the wall. Now we will briefly describe how to protect the conductors in such cases.

To protect the cable in the wall, most often use corrugated and plastic pipe or metal hose. Flexible corrugation has the least protection against mechanical damage, it is used for drywall wiring. 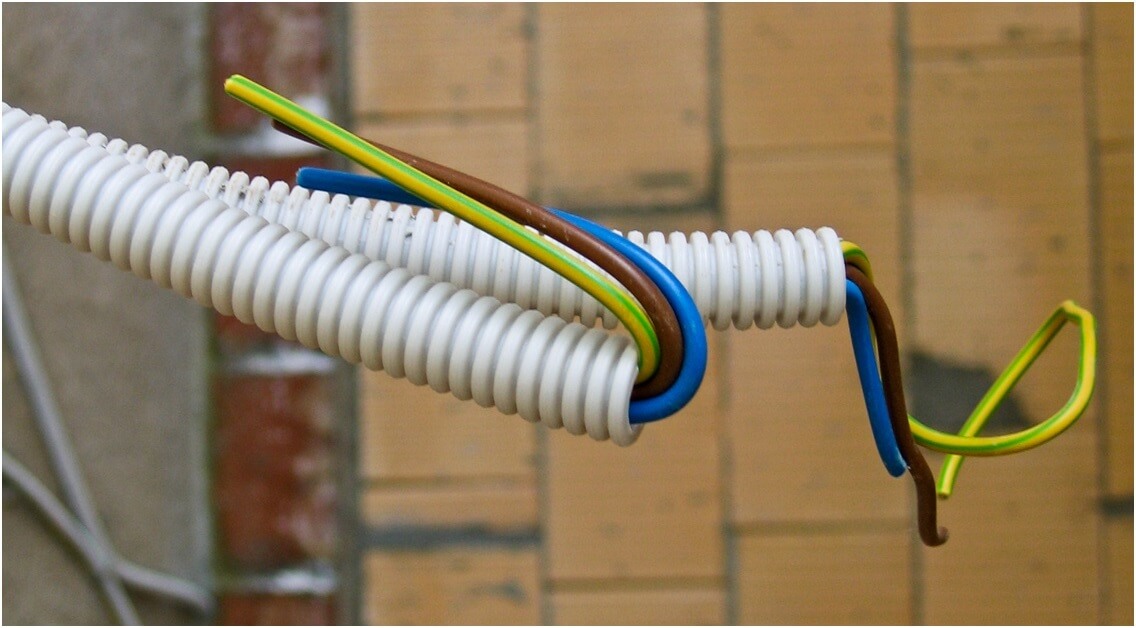 HDPE smooth-walled pipes are a more reliable protection option, which can even secure wiring when drilling walls.Often pipes are used for open laying of a cable line. The metal hose found its use in installation of electrical wiring in a wooden house. It allows you to protect the cable not only from mechanical damage, but even from the spread of the flame, and, accordingly, the possibility of fire at home. 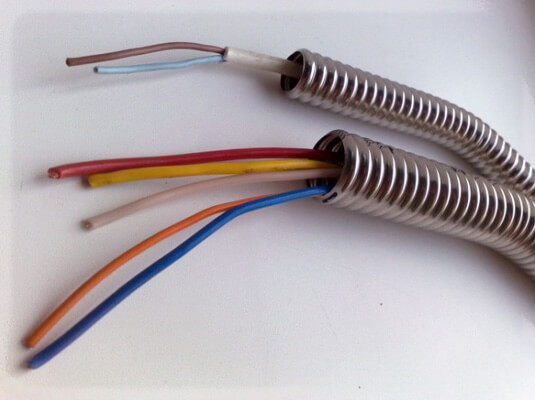 So we examined how the cable is protected from mechanical damage in the ground and in the wall. We hope the information provided was useful and interesting for you!