How does a magnetic starter work?

Recently, magnetic starters are increasingly used in everyday life for remote control of lighting, as well as powerful consumers of electricity: pumps, compressors or even an air conditioning system. In the following articles, we will definitely tell you about how to connect this device to the network, and now we will consider issues such as the device and the principle of operation of the magnetic starter.
Content:

Component parts of the apparatus

We talked about what a magnetic starter consists of, but it is unlikely that it gave you anything to understand, especially if your level of knowledge is “kettle in electrics”. So that everything falls into place, then we will consider the principle of the device.

The principle of operation of the magnetic starter is not complicated - when you turn on the power with the Start button, an electric current passes through the coil and magnetizes the movable armature. As a result, the anchor is attracted to the fixed part and the main contacts are closed. Current flows through the circuit and the motor turns on. If the power is turned off, the electric current will disappear from the coil and its demagnetization will occur. This process will entail the use of a contact spring, which will return the anchor to its original position. The main contacts will open and the circuit will be completely de-energized.

We draw your attention to the fact that the instantaneous opening of contacts occurs not only after an intentional power outage, but also if the voltage in the network drops by more than 60% of the nominal value.

Now you know how the magnetic starter works. As you can see, the operation scheme of the device is quite simple. You can clearly see the principle of action in the video examples below.

Apparent work of the device
Detailed explanation from a specialist

Well, the last of the main questions of the article is why a magnetic starter is needed (its appearance is given in the photo below). As we said earlier, the purpose of this device is to close and open the circuit, which is characterized by high currents.As a rule, starters are used for remote control of electric motors operating on a voltage of 220 or 380 volts. At home, the use of these devices is possible to create a street lighting system or to turn on powerful consumers of electricity. 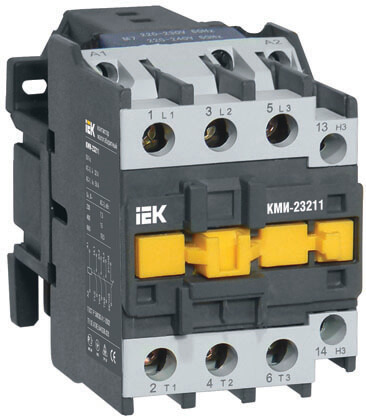