In this article, we have provided ElecroExpert readers with a comparative overview of the best robotic vacuum cleaners of 2017: Cleverpanda i5, iROBOT ROOMBA 980 and iClebo Omega for technical and operational characteristics. Below is a comparison table, in its first column are the characteristics of the models, the following columns are the indicators presented for comparison of robotic cleaning devices. This data will help you choose the right robot vacuum cleaner for your home.
Content:

You can familiarize yourself with the comparison of the characteristics of vacuum cleaners by analyzing the table above, or by reading the analysis of key features below with an explanation and conclusions. We want to note that all of the indicators below are true and true, and also are not a marketing move. The analysis was carried out objectively using tests and experiments. It reveals the real characteristics of all presented for comparison models of robotic vacuum cleaners.

You can buy a Cleverpanda i5 robot vacuum cleaner for 30,000, which is significantly lower than the cost of other models taken for comparison: 44700 - IROBOT ROOMBA 960 and 39900 - ICLEBO Omega. At the same time, Cleverpanda i5 is much better than its competitors in terms of technical and operational indicators. Looking for a low-cost robot vacuum cleaner that works great for cleaning up dirt and washing dirt? Cloverpanda is a great choice.

The Cleverpanda i5 robot vacuum cleaner is capable of cleaning up to 240 sq.m. on a single charge, which equals an average of 4-5 rooms. This is a record among analogs. According to this indicator, neither iRobot 960, whose cleaning area is only 100 square meters, nor iClebo Omega with a coverage of 120 square meters can compete with it. - A rather sad indicator for premium segment robots. It would be advisable to note the capacity of the batteries, because it is directly related to the cleaned quadrature. IClebo Omega has a Lithium (Li-ion) battery with a good capacity of 4400 mAh. IRobot 960 finally got a lithium battery, but a rather small capacity - only 2200 mAh (before that there were short-lived metal hydride). But in this parameter, the Japanese bypassed everyone. The new model from the Cleverpanda vacuum cleaner - clever i5 received a "battery-monster" - as much as 7000 mAh. We also want to note that this is not even a lithium battery, but the latest Lithium Polymer (Li-Pol) without a memory effect.

The iClebo Omega robot vacuum cleaner with a dust collector capacity of 650 ml is the leader in this parameter. The Cleverpanda i5 and iRobot 960 models are equipped with a 500 ml dust collector. But we want to note that unlike the iRobot 960, the Kleverpand robot vacuum cleaner has dimensions that are almost one and a half times smaller than the iClebo Omega. iRobot in this indicator is more than iClebo. 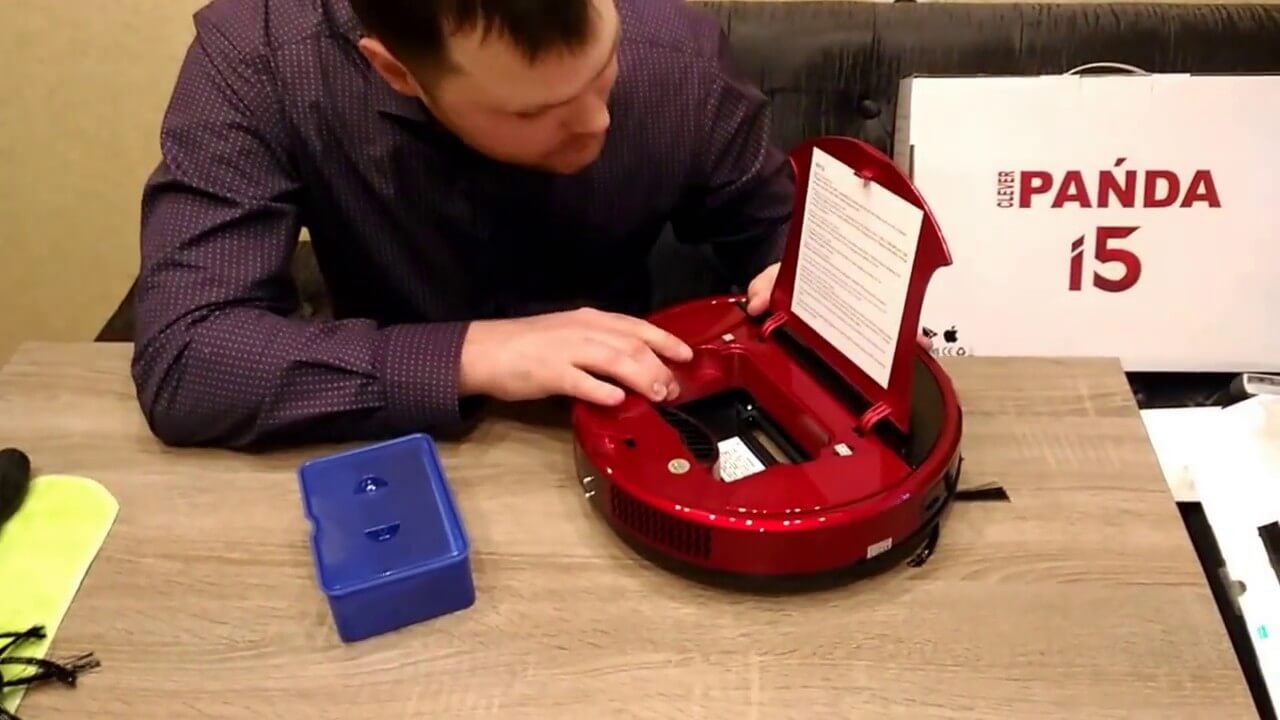 HEPA / H12 filters have a 3 degree of purification; these are the most modern filters in the segment at the moment.They allow for thorough filtering of garbage, which will undoubtedly increase the efficiency of cleaning and further disposal of garbage, while dust and other dirt will not settle in space. These filters are equipped with robotic vacuum cleaners for the home, taken by us for comparison.

Cleverpanda i5 can clean even at night, as It has a reduced noise level - less than 45 dB., while not bothering its owners and creating a comfortable atmosphere. iClebo and iRobot 960 work much louder, their noise level is 68 and 60 dB. accordingly, which is a fairly serious noise background. Cleverpanda i5 - the best robot vacuum cleaner in terms of "silent operation".

Of the presented robots, vacuum cleaners for the home, only Cleverpanda i5 has the ability to produce a full wet cleaning. The vacuum cleaner is equipped with a water tank, from which the microfiber cloth is wetted. Thus, Kleverpanda can do both dry and wet cleaning, and at the same time. A wet cleaning function is also available on the iClebo Omega. The kit includes a microfiber cloth that attaches to the body of the robot, but alas, you will have to wet it yourself. The iRobot 960 does not have such a function at all. Cleverpanda i5 is one of the best wet-cleaning robotic vacuum cleaners for the period 2016-2017.

An important characteristic, the so-called "vision" of the robot. To identify and see different degrees of pollution, to distinguish already cleaned areas from contaminated ones, to clean in dark places, to avoid large and small obstacles, to identify dangerous areas for falling, to build a cleaning route for perfect cleaning - all these and other abilities are possible only with an intelligent mapping system . These are innovative developments that make it possible to find trash, analyze the route and make a decision about movement. Not everyone has such navigation in their arsenal. All three vacuum cleaners participating in the comparison are equipped with such a system, which makes them much better than their competitors, who use only programmed algorithms. All robots are equipped with a visual navigation system and cartography. Cleverpanda i5 in addition to this function and a video camera is additionally equipped with a unique obstacle detection system, borrowed from nature itself - an echo sounder. Thus, he ideally detects obstacles, does not collide with them and remembers their location.

The devices can carry out cleaning in various driving modes, this allows you to take into account all kinds of rooms and clean the floors in the best way. All presented models of vacuum cleaners have the ability to clean in a spiral, zigzag, along the walls and a snake.

The robotic vacuum cleaners we took for comparison are equipped with a video camera, which is responsible for the navigation and mapping of robots. But only with Cleverpanda i5 the camcorder has an active mode. In other words, this is not only the eyes of the robot, but you can connect to it through the mobile application and see everything that the vacuum cleaner sees. Thus, you can control the cleaning and your home from anywhere in the world. Cleverpanda also has a room security function, in standby mode the camera is active and with the slightest movement the robot will notify you through the application, and you can immediately connect to the camera in 1 click. In this nomination, the Cleverpanda i5 is by far the best robot vacuum cleaner.

Nowadays, all kinds of gadgets, smartphone applications are no longer rare. In the robots presented for comparison, iRobot 960 and Cleverpanda i5 can boast of this function. The equipment can be connected to a Wi-Fi network and controlled from anywhere in the world using a telephone. Unfortunately, iClebo Omega cannot boast of this feature. Very sorry. A premium home robot vacuum cleaner might have Wi-Fi and a mobile app. 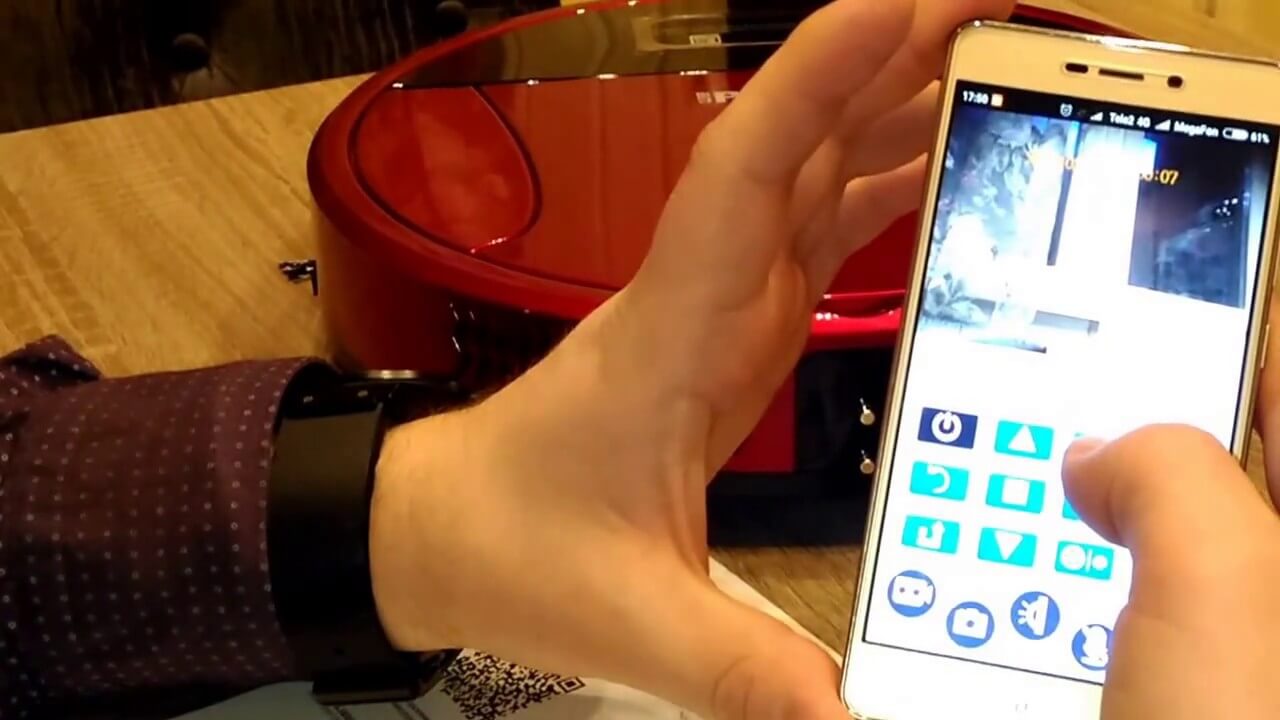 We have compared the Cleverpanda i5, iRobot 960 and iClebo Omega robotic vacuum cleaners. There are still a lot of indicators by which Kleverpanda surpasses its competitors, but they do not require special explanations, you can find them in the comparative table above. We also want to draw your attention to the warranty period of the equipment, with Cleverpanda it is 2 years against the 1 year warranty of other vacuum cleaners. We hope that the comparison table, as well as a description of the comparison results will help you make the right choice. You will be happy with your purchase, and a robot vacuum cleaner will serve you faithfully, bringing only positive emotions.