Electricity is a rather complicated section of physics, it is full of various laws and phenomena that accompany the flow of current in a conductor. For example, if we have two or more conductors through which electric current flows, then the conductors will attract or repel each other. This is a manifestation of the power of Ampere. In this article, we will describe in simple language what this phenomenon is and where it is applied.
Content:

Ampere's law states that the force that appears around a conductor is directly proportional to its length, current strength and magnetic induction, as well as the cosine of the angle between the conductor and the magnetic induction vector. Accordingly, its formula:

This F is an Ampere force. Doesn’t resemble anything? Both the formula and its physical meaning itself are similar. Lorentz force. The only difference is that Ampere's law is valid for a conductor in a magnetic field, and Lorentz acts on charged particles.

If it is presented in vector form, then the equation will look like:

And in differential form:

There is another formulation: Ampere's law characterizes the force acting on a conductor in a magnetic field. It was discovered by Andre Marie Ampère in 1820.

What is Ampere force measured in? Like other forces in physics - in Newtons (N).

Interesting! In domestic physics, in most cases, adhere to the SI unit system. So in this system, 1 Ampere is understood to mean such a current, when it flows through two conductors located parallel and 1 meter from each other, an interaction force of 2 * 10 ^ (- 7) N would arise. Moreover, they have an infinite length , minimum cross-sectional area and located in a vacuum.

Since this law implies the emergence of some kind of force, there is no doubt that if there are several such forces, they will interact with each other. Let's see how exactly.

Recall that the direction of the magnetic induction vector is determined using the rule of the right hand. To do this, you need to bend four fingers of the right hand around the conductor, bend the thumb at a right angle (as if showing "class"), so that it indicates the direction of the current.Then four bent fingers will show how the lines of the magnetic field pass, they will describe the circles around the conductive core. 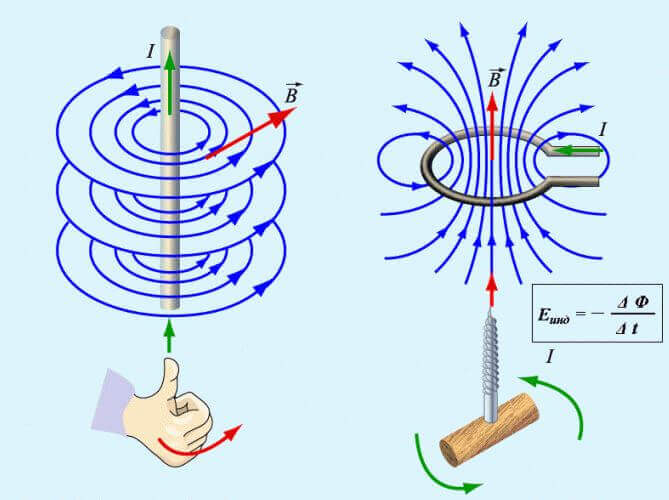 Ampere's Law is one of the most important laws of electrical engineering. Let's look at examples from its practical application. The basis of almost any enterprise is an electric drive. The engine and electromagnetic actuators are used to move or actuate various components:

Ampere force causes the motor to rotate due to the interaction between the rotor and stator windings. In order for the windings to rotate, they are either switched using a brush assembly and a collector in DC motors, or alternating current is used. 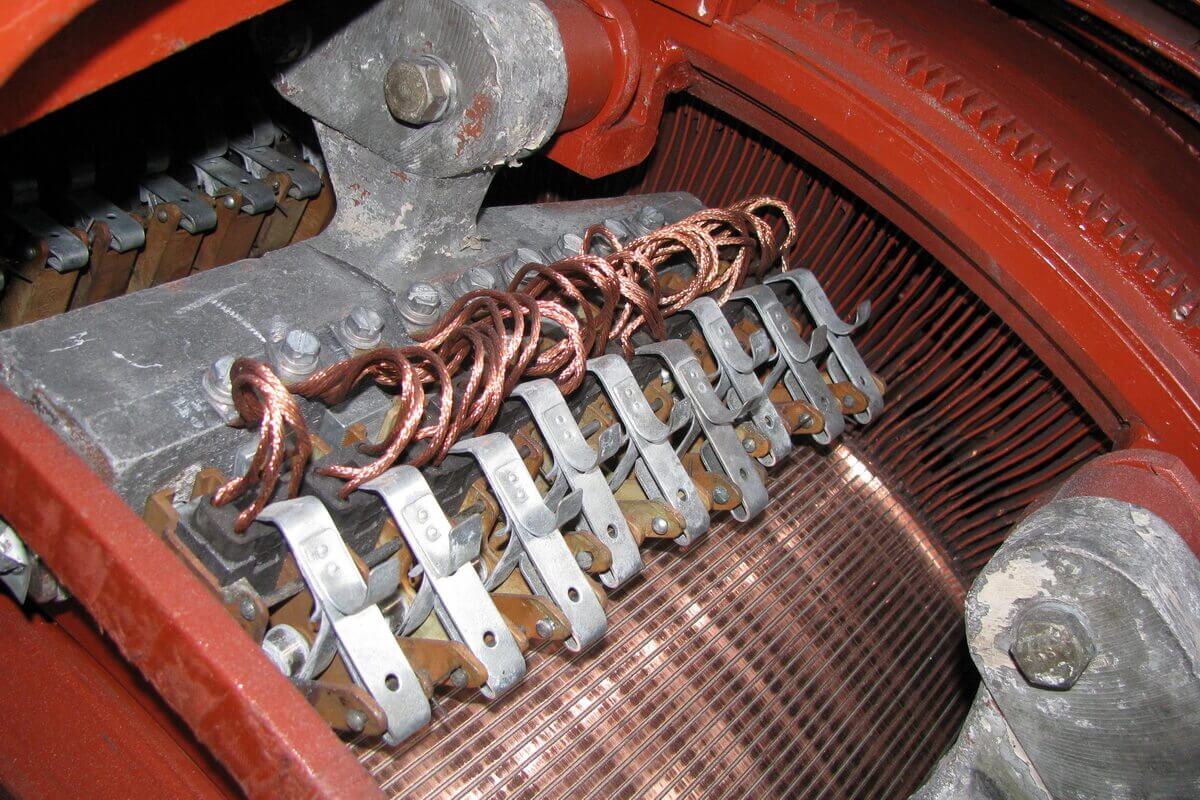 In speakers and loudspeakers, too, Ampere's law found its application. There the membrane moves, on which a winding of copper wire is located in the magnetic field of a permanent magnet. 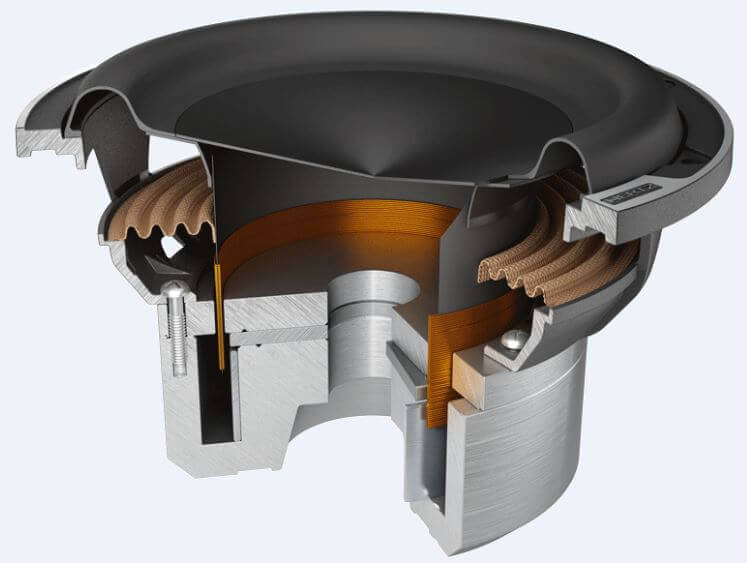 Its action is observed with short circuits on power lines. Where, under the influence of extra-large currents, tires and wires begin to bend.

At the time of the shot from the railgun, the rails are moving apart. This is due to the reasons already listed.

All phenomena in electricity are important, some make less impact, some more. However, it is necessary to understand where and how they manifest themselves, everyone who is associated with this field, independently an electrician, ACShnik or KIPovets. We hope that now you know what Ampere's law describes, as well as its practical significance!