Characteristics of the electric meter СО-505

The CO-505 electric meter is a device by which the energy consumed in a single-phase alternating current network is recorded. Manufacturer - OJSC MZEP. To date, this model of an electric meter is quite popular, so below we decided to consider the technical characteristics of CO-505, operating conditions and the switching circuit of the device.
Content:

Electric meter СО-505 (single-phase) refers to induction-type devices, the object of measurement of which is consumed electricity. The device induction measurement system is as follows. The current and voltage coils available in the counter create magnetic fluxes that cross the moving element of the electric meter - a rotating disk, inducing transformation currents in it. These currents create a disk torque proportional to the power consumed by the load. A rotating disk through a system of drive gears causes the counter to rotate, on the scale of which the consumed electricity is displayed. 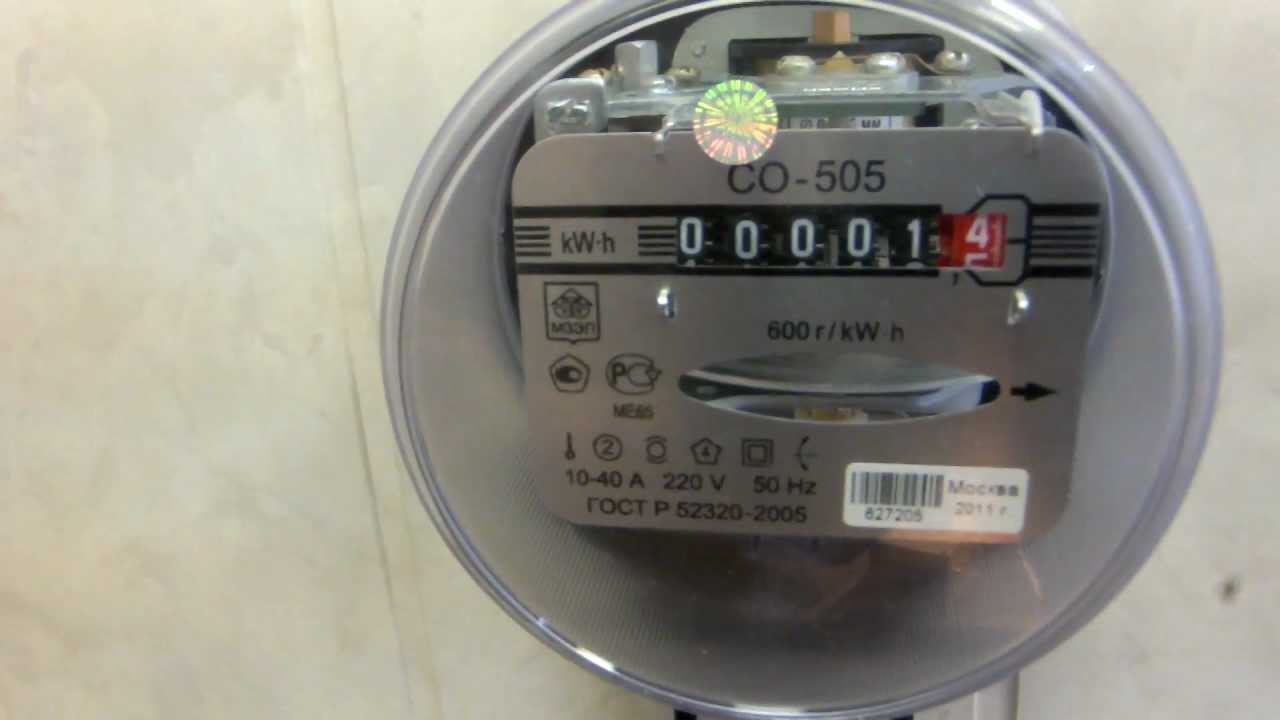 A current coil connected in series to the load is made of copper wire, designed for the maximum operating current of the meter. The voltage coil is connected in parallel and is made of a small cross-section wire.

The whole mechanism is enclosed in a shockproof plastic case that does not support combustion. To prevent a situation where electricity can be stolen, the CO-505 electric meter is equipped with a locking device. The stopper prevents rotation of the disc in the opposite direction. Individual versions are distinguished by a transparent cover that allows you to see the changes in the meter circuit made by an unscrupulous consumer.

СО-505 has established itself as a very reliable and durable device, despite the presence of moving parts. The meter has a life of 32 years and a calibration interval of 16 years. Technical characteristics, low cost, long life, verification period, determine the great demand of household consumers for this device.

The disadvantages that the CO-505 electric meter possesses include a low accuracy class, as well as dimensions that exceed electronic counterparts. Currently, the limit for this class of devices is accuracy class 2.0.

There is a version of SO-505T, which is equipped with a telemetric port designed to transmit information to automated systems in which the consumed electricity is monitored and taken into account. The design contains an optoelectronic device that calculates the number of revolutions of the disk.

The drawing shows the overall dimensions that the CO - 505 electric meter has: 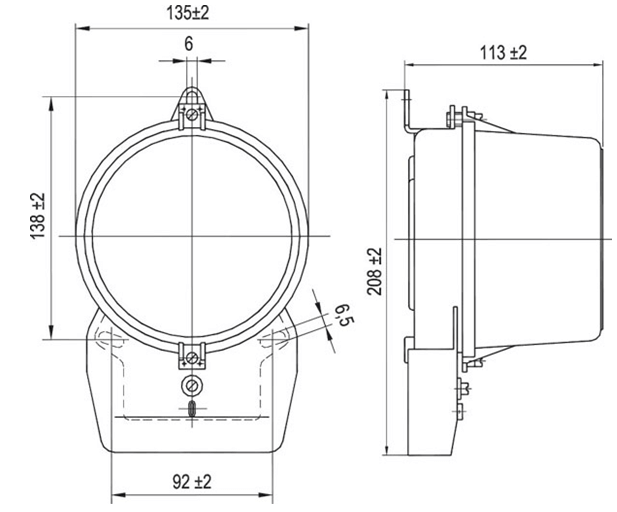 During installation, the counter is fastened with three screws.The electric meter СО-505 is mounted on a vertical surface. Deviations from the vertical in the installation plane are also not allowed. This is due to the fact that the mechanical system may not work properly, as a result of which the consumed electricity is reflected unreliably. When the device is skewed, additional braking moments of the disk arise, which can lead to its complete stop.

The electric meter СО-505 is designed for operation in an electric network with a voltage of 220 volts and a frequency of 50 hertz. This meter is a direct connection device, that is, the measured electricity is transmitted directly through it. The nominal value of the load current is 10 amperes, the maximum allowable current can reach 40 amperes. The minimum current at which the meter provides the necessary sensitivity is 0.05 amperes. The senior discharge of the counting mechanism has a division price of 10,000 kW * hour, the lowest discharge - 0.1 kW * hour. Technical characteristics of the worm gear provide a change in the scale reading by 1 kW * hour at 600 rpm of the disk. The meter allows operation at a current of 120% of the maximum value for 4 hours.

The electric power consumed by the CO-505 electric meter during operation is provided below.

Electricity consumed by the load connected via the CO-505 meter is measured with the stated accuracy in the supply voltage range from 176 Volts to 254 Volts. The electric meter has a mass of 1.2 kg.

As for operating conditions, this unit is designed to operate at an ambient temperature of -20 ° C to + 55 ° C.

The figure shows how to connect the CO-505 electric meter: 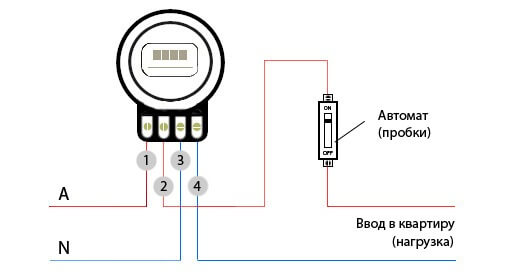 The single-phase meter has four terminals for connecting the supply wires and the load. The digital marking of the terminals is shown in the figure. If you place the device facing you, the terminals are indicated by numbers from 1 to 4 from left to right.

A phase wire is connected to terminal 1, through which electricity is supplied from the access panel or the entrance to the house. From terminal 2, the phase is input into the power circuit of the apartment or house. After the counter is a circuit breaker, fuse, or switchboard, which divides the internal circuit into groups. Terminal 3 connects to the neutral input wire of the power input, terminal 4 connects to the neutral input wire to the apartment or house. 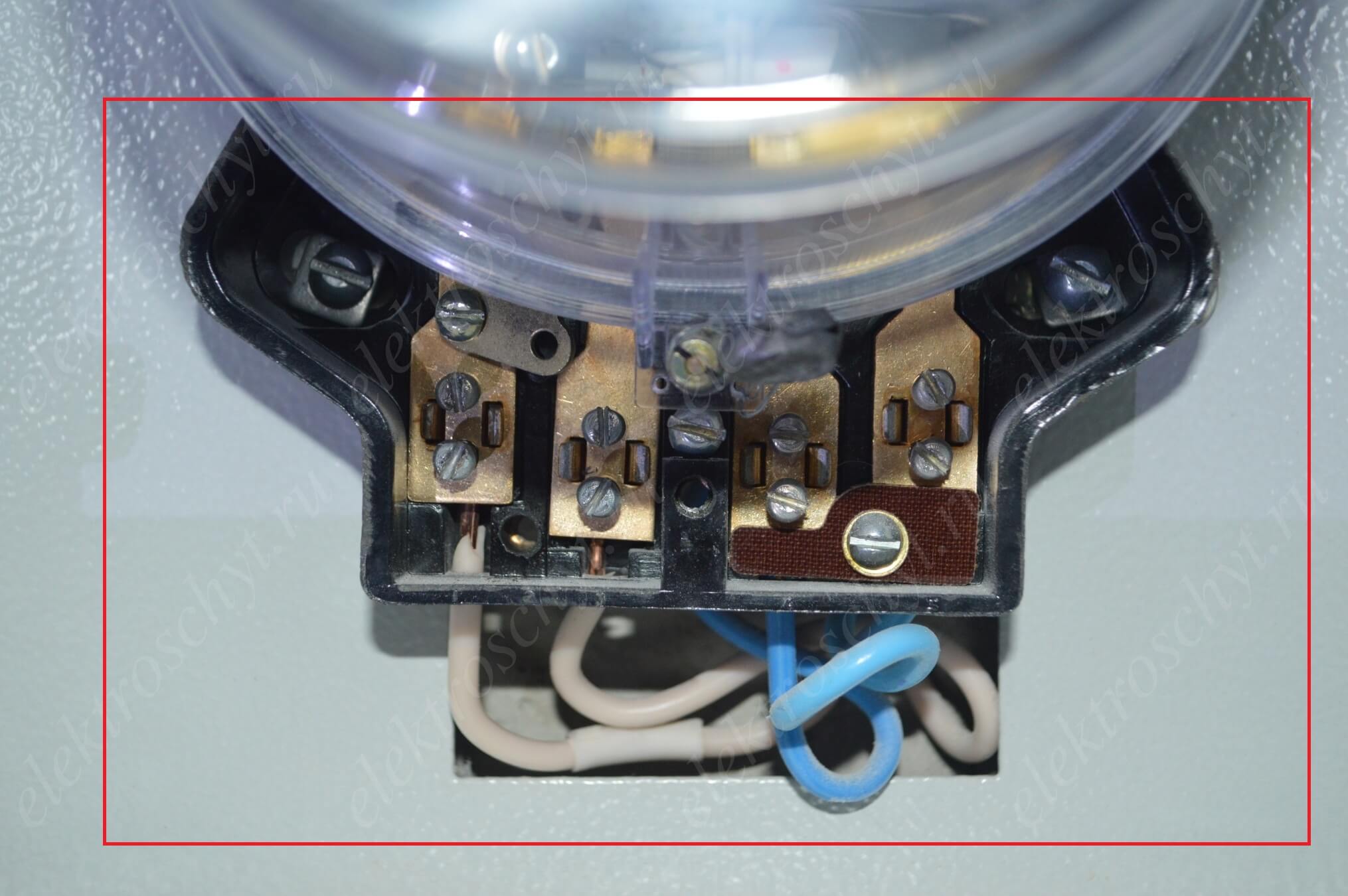 The wiring diagram and basic parameters contains instructions for installation and operation of the device, which is included in the delivery. The video below clearly shows how to connect a similar model of the meter:

So we examined the technical characteristics of the SO-505, the connection diagram and the overall dimensions of the electric meter. We hope the information provided was useful and interesting for you!