The whole truth about energy savers

With increasing prices for energy carriers, in particular for electricity, as well as with an increase in the number of household household electrical appliances, each consumer connected to the power supply has an absolutely logical decision to take measures to save it. There are many ways to save expended electricity, however, not so long ago a new, as the manufacturer claims, innovative device has appeared that will significantly reduce the consumption of electric energy both in the apartment and in the house. He is called the economizer. What is it, how does this super device work, what does it consist of? And also of interest to everyone, the main question is the truth or falsehood that it will help to save. Before its operation and purchase, you need to understand more in depth and carefully. In this article, the site Elecroexpert We will tell you the whole truth about what an economizer of electricity is and what people are bred on.
Content:

This device looks very compact and very inexpensive, which, in principle, bribes the consumer, and also encourages him to part with his hard-earned money for the benefit of future huge savings. According to the advertising text on them - the “miracle” device will not only save energy costs, but even somehow can protect all the electrical appliances included in the sockets from power surges during thunderstorms and lightning strikes. Below is the most commonly used electricity saving device in stores, which the manufacturer calls the Electricity Saving Box. 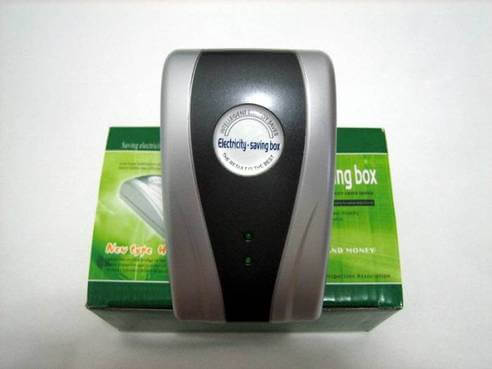 Two LEDs are installed on the front panel, signaling that the economizer is in good working order and is ready to carry out the functions assigned to it. It can have several adapters for connecting to sockets of different designs, so that it can be more versatile. The design of the energy saver can also have various forms of rectangular or round, this does not change the essence of its work.

On the back are the technical parameters of the energy saver:

Some of the specimens are designed for quite large loads, which should primarily alert the buyer, sometimes there are such models that the power is indicated even up to 40 kW. With this power, the current should be about 180 A, which is not used in domestic conditions, since input automatic machines most often have a rated operating current of 25, well, or 63 A maximum. Well, let's say that this is the maximum indicator of the economizer, and it works at half power, with a margin of power.

This is how reactive power compensators look like based on a capacitor bank: 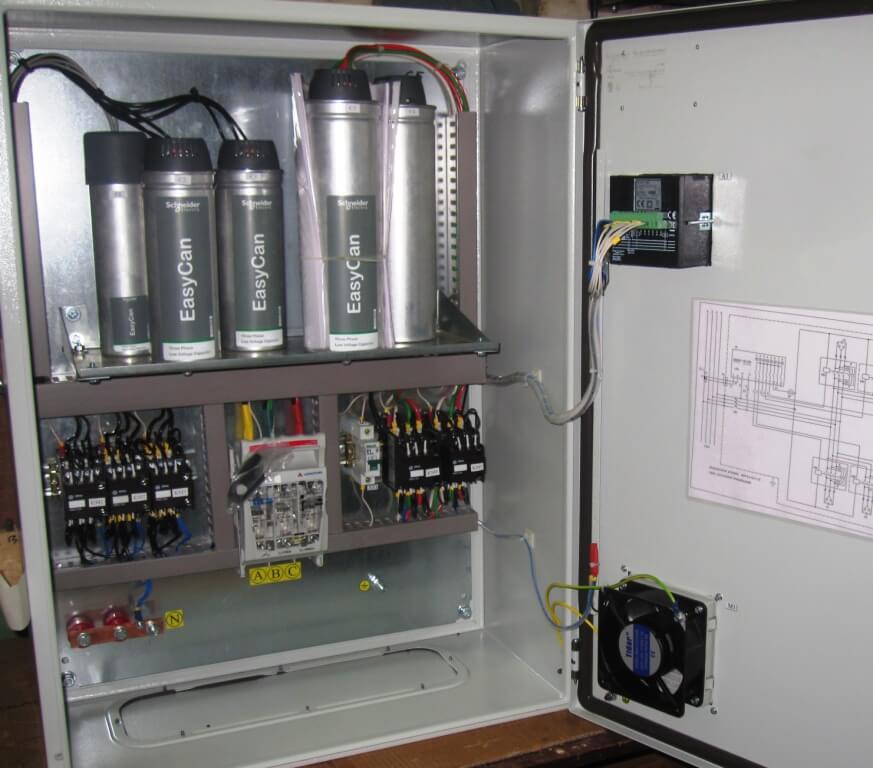 However, the meters installed at enterprises and distribution substations keep records of both active and reactive components, and at home there are metering elements that consider only active energy. Therefore, there is no point in compensating reactive capacities, especially since in household devices it is so inconsequential that it is not even worth considering it.

In order to make sure and understand the economizer’s device, you will have to disassemble it and see what is inside it, a capacitor compensation battery or a synchronous generator. And here's what's inside: 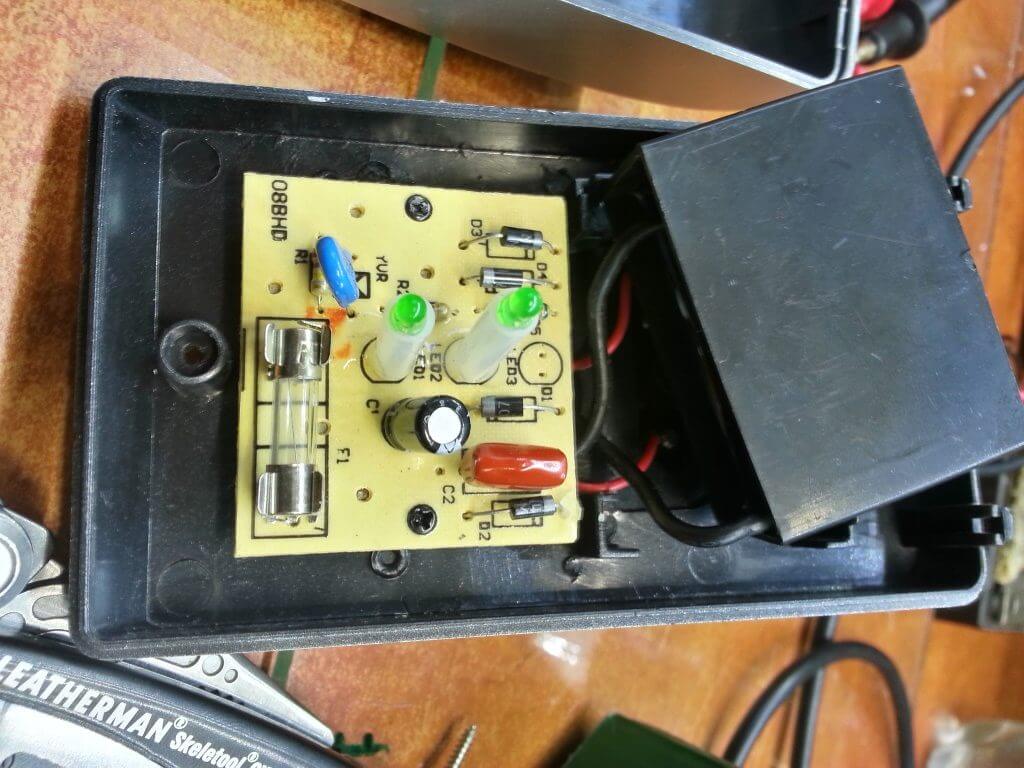 And here is his diagram:

Several electronic elements such as a capacitor, resistors, LEDs, and a diode assembly for rectifying the mains voltage, and at best its fuse. In fact, this is an electric circuit for powering the LEDs, and no more, which not only does not save electricity, but also consumes some, though a small, very insignificant part of the electric power for the LEDs to glow. Devices connected from the outlet have almost no reactive energy, and as described above, the meter does not consider it, therefore, the saving effect is zero.

Important! Now we are talking not only about the economizer of electricityElectricity Saving Box, but also about devices such as Econor andPower saver. All of them are a scam, there’s no real use in their use, let alone saving electric energy! Under this article, we have provided links to more rational and also legal ways that allow you to pay less for light!

The real test of the economizer

Let's move from theoretical concepts and research to practice. In order to make sure that the economizer saves energy, that is, it makes the meter spin at the same load more slowly. To do this, there are two practical ways that everyone can try:

Thus, any model of this device to save energy can, at best, reduce the reactive component of power in the apartment networks by connecting a capacitor in parallel, but the meters do not consider this energy. Yes, and such a capacity will not be enough for at least the slightest compensation for reactive power, and even less electricity.

In support of all this, we recommend that you look at the true reviews of the energy saver:

That's all I wanted to tell you about what an energy saver is, how it works and how it works. We hope our article has helped you make sure that this is a common money-laundering. If you have any questions or you do not agree with our opinion, we can discuss this in the comments under the post!