The main types of tests of induction motors

Induction motors come with a squirrel-cage rotor or with a phase rotor. The latter are most often used at start-up with a load on the shaft (cranes, elevators, etc.). There are various tests of asynchronous motors, for example, acceptance tests, which are carried out before commissioning and after repair. If the electric motor was modernized, then it is subjected to type tests, confirming the ability to operate an asynchronous or other motor for its intended purpose and to fix its new load characteristics. In the article below, we told readers of the site Elecroexperthow are the test work and what documents are regulated.

PUE (Electrical Installation Rules) regulate the acceptance tests before putting the electric motor into operation (paragraph 1.8.15). Test programs and the number of devices that will be exposed (from a batch) are established by the standard or technical specifications for a specific type of engine. The following is verified:

After carrying out the work, the ACT and the Test Report of the squirrel-cage induction motor (or another type of motor) are drawn up. The protocol shall indicate the obtained parameters and values, as well as the measures taken, the place and composition of the participants. At the same time, verification should be carried out by specialists with an access group of at least IV and having licenses to conduct such activities.

Tests of electric motors during operation are necessary for the timely detection of malfunctions with their subsequent elimination. Also for the safety of production, the operation of electric motors with a deviation is fraught with negative consequences for people serving electric cars.

The tests are as follows:

In the video below, you can see several verification methods: 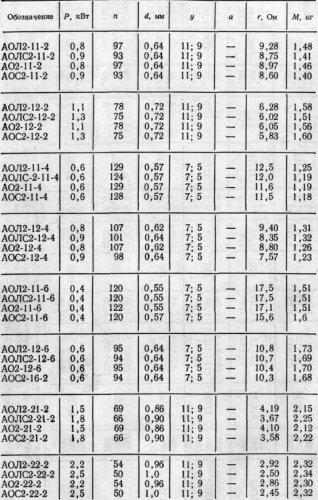 According to the results, an act and protocol are also drawn up. In addition, the parameters of the electric machine are recorded in the test log.

Before the start of repairs, pre-repair tests are carried out to accurately detect the components of the induction motor. The goal is to identify serviceable engines that entered the audit by mistake or have a minor malfunction that can be fixed immediately.

If the operational control is not carried out, then, for example, when the stator or rotor is rewound (in the presence of a metal or wire defect), the malfunction can be detected already in tests after repair, this will lead to a significant increase in the cost of maintenance. A comprehensive inspection stand will not only shorten the operational control period, but also greatly simplify its implementation. 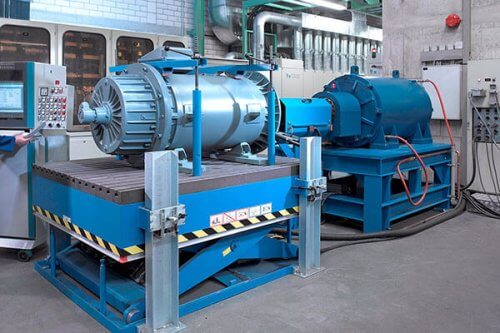 In the operation, inspection and maintenance of electric motors can be guided by the book N.M. Slonim “Tests of asynchronous motors during repair”, which describes the methods of their implementation. Despite the 1980 issue, the book contains relevant information. Test methods for induction motors are described in GOST 7217-87, it is valid, the text was updated on 04/06/2015, it was reissued in 2003. In addition, the PUE and PTEEP also provide a test program for electric AC machines.

This is where we conclude our discussion of this topic. If you have questions or you just want to add material, write in the comments under the article!