Learning how to safely solder radio components from circuit boards

When any equipment fails, it is not necessary to immediately throw it in the trash. If you are fond of electronics and radio engineering, it would be more reasonable to make the working elements of the chip solder. Suddenly, in the future you will need a capacitor, transistor or resistor, if you decide to do electronic homemade. In this article, we will tell you how to remove radio components from the board so as not to damage anything.
Content:

What is needed for this?

There are many devices for soldering parts. Of course, a radio amateur cannot do without a soldering iron, which will be the main assistant in this matter. However, in addition to the soldering iron, in order to unsolder the element, you will need:

You also need to prepare a workplace. It should be with good lighting. It is best if the lamp is located above the workplace so that the light falls vertically without creating shadows.

So, first we will talk about the most popular technology - how to solder a part from the board with a soldering iron without additional devices. Then briefly consider simpler methods.

If you want to dissolve the electrolytic capacitor, just grab it with tweezers (or a crocodile), warm up 2 leads and quickly, but carefully remove them from the board. 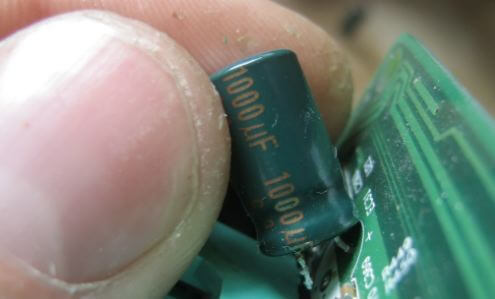 With transistors, this is the case. We drop solder on all 3 pins and remove the radio component from the board. 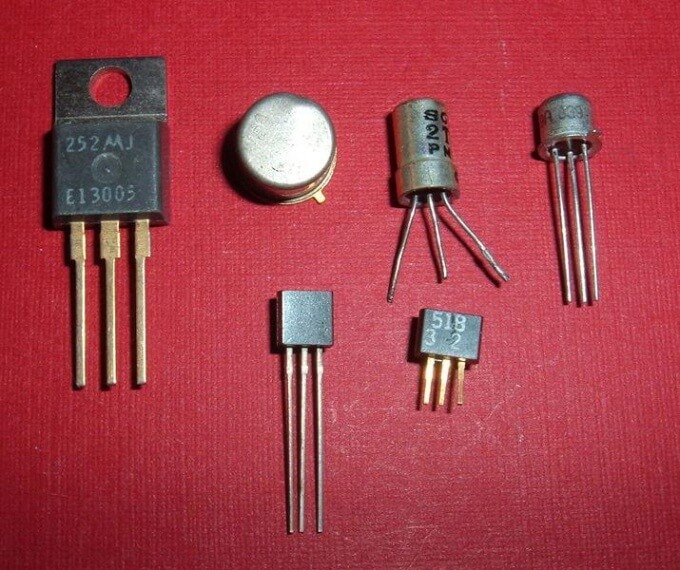 As for resistors, diodes and non-polar capacitors, very often their legs are bent during soldering on the back of the board, which is difficult when soldering without additional devices. In this case, it is recommended to preheat one terminal and, with the help of a crocodile, pull out part of the part from the circuit with a little effort (the leg should be bent). Then we carry out a similar procedure with the second conclusion.

We considered this technique when there is nothing at hand except a soldering iron. But if you purchased a set of needles, then it will be even easier to solder out the element: first, heat the contact with a soldering iron, then put a needle of the appropriate diameter on the output (it must pass through the hole in the chip) and wait until the solder cools down. After that, we take out the needle and get a bare conclusion, which can be easily withdrawn.If several legs are on the radio part, we also act - we warm up the contact, put on the needles, wait and remove.

Everything that we talked about in this article, you can clearly see in the video, which provides the technology of soldering elements from the board:

By the way, instead of special needles, you can even use ordinary ones that come with a syringe. However, in this case, initially you need to grind the end of the needle so that it is at a right angle.

It is also not difficult to solder the part with the help of a dismantling braid. Before starting work, wet the end of the winding with alcohol-rosin flux. After that, put the braid in the place of soldering (on the solder) and warm it with a soldering iron tip. As a result, the heated solder should be absorbed into the braid, which will release the conclusions of the radio components.

With a desoldering pump, things are similar: a spring is charged, the contact is heated, after which the tip is brought to the molten solder and the button is pressed. A vacuum is created, which pulls the solder into the desoldering pump.

That's all I wanted to tell you about how to remove radio components from the board at home. We hope that the provided techniques and video tutorials were useful and interesting for you. In conclusion, I would like to note that it is possible to solder the elements from the microcircuit with a construction hairdryer, but we do not recommend doing this. A hairdryer can damage nearby parts, as well as the one you want to remove!