To date, the production of LED bulbs involved in many companies, both foreign. In this regard, there is a high risk of buying low-quality goods, for which you will give a decent amount of money, because LEDs are the most expensive light source. Next, we will bring to your attention the rating of LED lamps for the home in 2017, so that you know which companies are better to give preference to when choosing suitable products.
Content:

So, we will proceed as follows: we will consider the rating of all the best manufacturers of LED products, after which we will talk a little about other companies that simply did not enter our leading three. 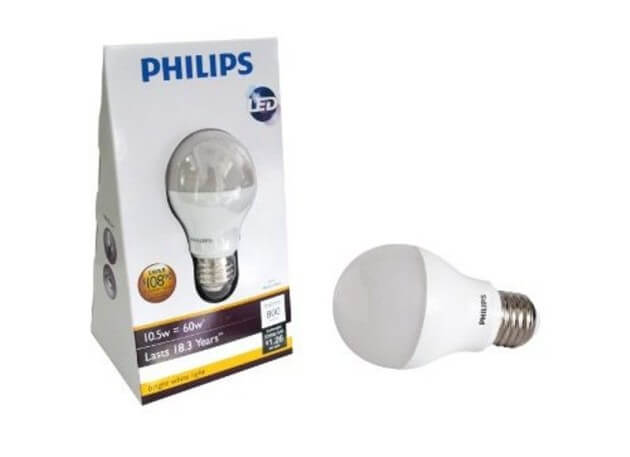 The Netherlands company Philips is considered to be the best manufacturer of lighting products in the rating, including LED lamps. The brand pays special attention to the design of its bulbs, as you can see by looking at the photo below. 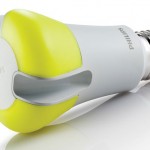 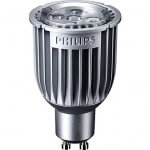 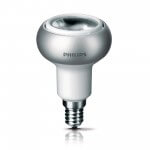 In addition, Philips did a good job on the energy-saving properties of bulbs, their lifespan and, no less important, environmental friendliness. The result is a reliable, durable and at the same time economical light sources that are widely used for LED lighting in homes and apartments. The only drawback of LED products is the high price compared to the cost of other leading manufacturers. But still, as reviews on the Internet show, the LEDs from Philips have already beaten their price after a year and a half of operation.

By the way, this manufacturer produces quite popular today, the so-called smart bulbs. The Philips Hue is capable of turning on and off using the app on your smartphone. In addition, the light bulb can change the brightness of the glow and even work as an alarm clock. Learn more about what constitute smart led bulbs, you can from our article, in which we also made a rating of the best models for 2017.

The second place in the rating of LED lamps for the home is occupied by products of the Austrian manufacturer - Osram company. This brand was tested by the expert organization Stiftung Warentest, as a result of which the products were awarded such merits as: “The longest service life”, “The greatest energy efficiency”, “Environmental protection”. Indeed, Osram LED lamps are considered one of the best in the world, so for home and apartment their use will be cost-effective. 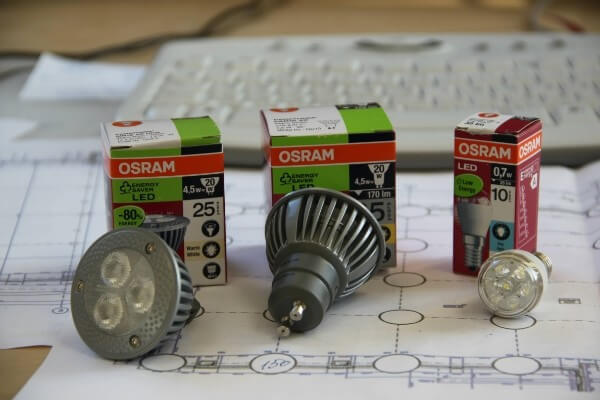 As for the shortcomings, as in the previous case, the huge disadvantage of LED products is the high cost, which again is a moot point (for a long time the bulbs work, they will quickly pay for themselves)!

In the TOP-3 of 2017, no less famous, but already Russian company, Gauss, which uses the latest technology in the production of lighting products, entered. 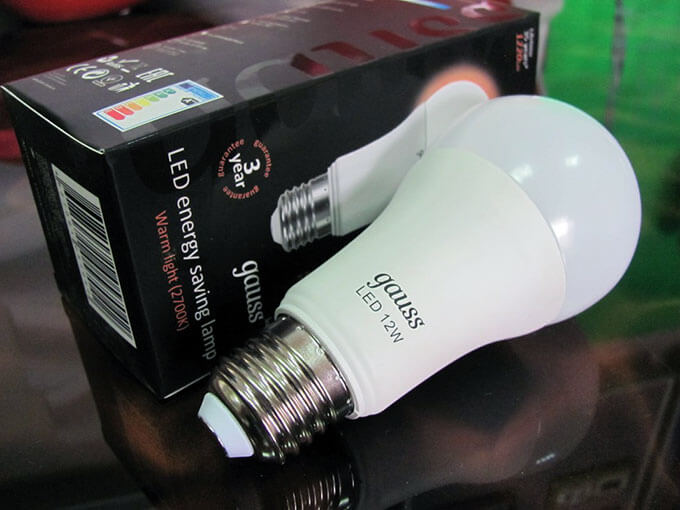 If you read the reviews on the Internet, then in addition to the high price you can not find a significant lack of lamps. In the ranking of manufacturers, it can rightfully close the top three, becauseGauss LED bulbs have not only a high level of efficiency, but also an original design, a slight heat, and a long service life. If you want to buy Russian bulbs for the home, but don’t know which ones are better in price and quality, Gauss products will be the best choice!

We also recommend watching video examples that show both good and bad sides of products from well-known manufacturers:

The optimum ratio of price and quality

You probably noticed that in the ranking of manufacturers of LED lamps for the home, all of the listed brands have one significant drawback - high cost. That is why, if you decide to make lighting inexpensive, but of high quality, it is better to choose cheaper products. Find out which LED lamps will be no less good light source for spotlights and chandeliers, you can in this list:

Well, ending our question about which LED bulbs are better for home and apartment, I would like to talk about those companies whose products have relatively good reliability and low price, but you won’t be able to get into the rating of the best LED lamps of 2017. For a summer residence, in order not to overpay the extra money, it is recommended to choose companies such as Maxus (China) and Svetlana Optoelectronics (Russia). We also recommend that you familiarize yourself with the comparative characteristics of some firms that we have provided in the tables: 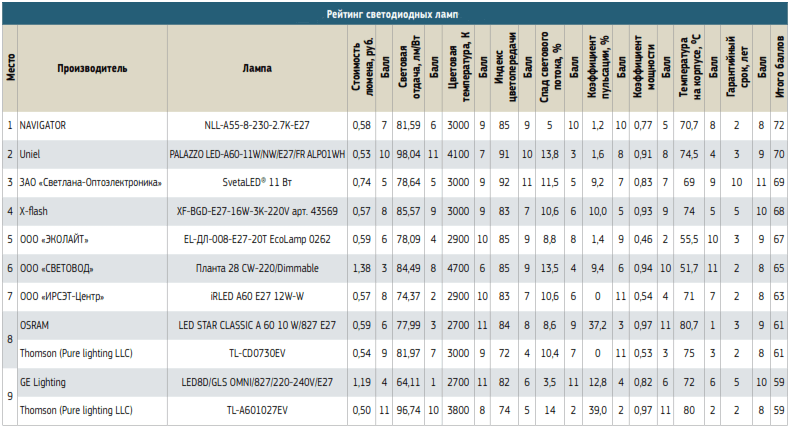 We hope that now you know which LED lamps are best for the home and our 2017 manufacturers rating was useful for you! Be sure to make sure that the bulb is original before buying in the store, visually checking the build quality and the warranty period!