The advantage of mobile (or as they are also called floor) air conditioners is that they are quite simple to install, which is especially important if it is not possible to install a wall split system. In addition to this, models without an air duct can be moved from room to room, which is also useful and sometimes very popular. Another advantage of floor-standing devices is the price, which is an order of magnitude lower than wall-mounted counterparts. In this article, we will provide readers electrical site ranking of the best mobile air conditioners for an apartment in 2017. Our TOP-10 includes devices that are optimal in quality, reliability and functionality, which have gained a lot of positive feedback from customers.
Content:

The first on the list is the device from the company Electrolux - EACM-14EZ / N3, worth about 18 thousand. This floor-mounted air conditioner works only for cooling, although an additional ventilation mode is provided. Among the advantages, I would like to highlight the presence of a remote control, a timer and the ability to automatically remove condensate. 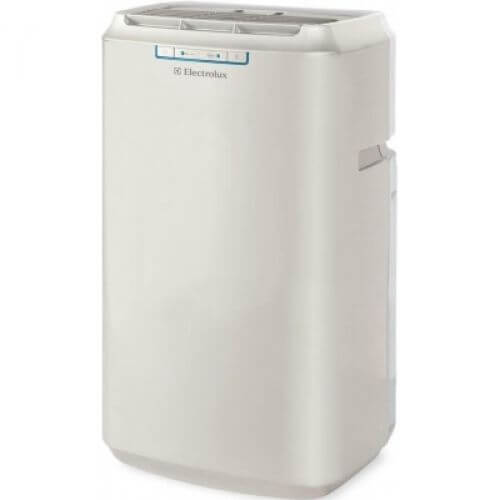 This mobile unit is enough to cool the office or several rooms in the apartment, because the served area is as much as 40 sq.m. Among the shortcomings, I would like to highlight a slightly increased noise during operation, as well as the need to connect an air duct.

The second level of our rating is occupied by the budgetary mobile air conditioner from Aeronik. Of the advantages, of course, low cost (about 19 thousand in 2017), good cooling and drainage of the apartment, as well as simple operation are distinguished. In addition, customers really like the design of the case, which will fit almost any interior. 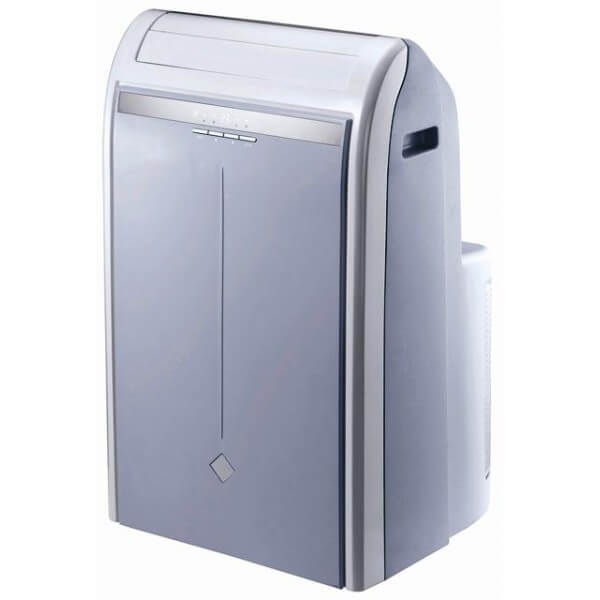 Of the minuses, according to customer reviews, I would like to highlight the lack of proper heating, as well as increased noise during operation. However if you want choose a home air conditioner up to 20 thousand, it will be quite difficult to find a portable model of better performance with good build quality.

This mobile air conditioner is also in the TOP due to budget cost and high reliability. In terms of Timberk functions, AC TIM 07C P6 differs from the previous rating participant in terms of power (2050 W, not 2600 W), which is why it is also slightly lower in the list. However, it is worth noting that the price is slightly less - about 15 thousand.

I would like to note that from increased noise such a device is better to choose for a summer residence or office. Putting it in the bedroom at night is not a good idea, unless you are sleeping in ear plugs.

This mobile air conditioner has the following characteristics: 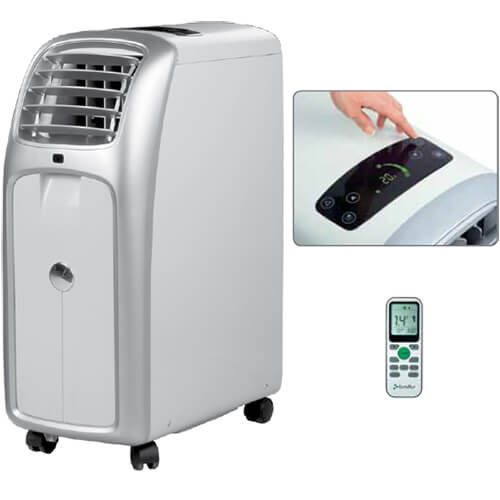 At the same time, the average price is about 19 thousand.. If you want to choose a more powerful and functional portable air conditioner, and at the same time you are not interested in the heating function, we recommend that you stop in more detail at the Ballu BPAC-12 CE review, whose power is 3.3 kW.

The cost of this mobile model is slightly higher than 12 thousand, so it also has a place in the ranking of low-cost floor air conditioners in 2017, given that this is General Climate. 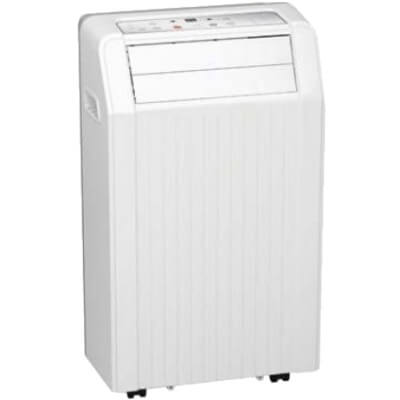 The mobile candy bar works both for heating and cooling. In addition, there is a ventilation mode, remote control, timer, 3 speeds, the function of storing settings and also anion generators. In addition, I would like to note the ability of the air conditioner to independently diagnose malfunctions. As always, the disadvantage is the high noise level and a slightly outdated design can be singled out separately. If you want to choose a powerful floor-mounted air conditioner for an apartment or a house, we advise you to pay attention to this rating representative.

Want to buy a machine for a small room, but don’t know which is better? We recommend that you familiarize yourself with the De’Longhi PAC N81, which, at its inexpensive cost (21 thousand), can cool up to 20 sq.m. rooms. Of the functions useful, it is possible to consider the possibility of remote control from the remote control, as well as the self-diagnosis mode of malfunctions. Minus - work only on cooling. 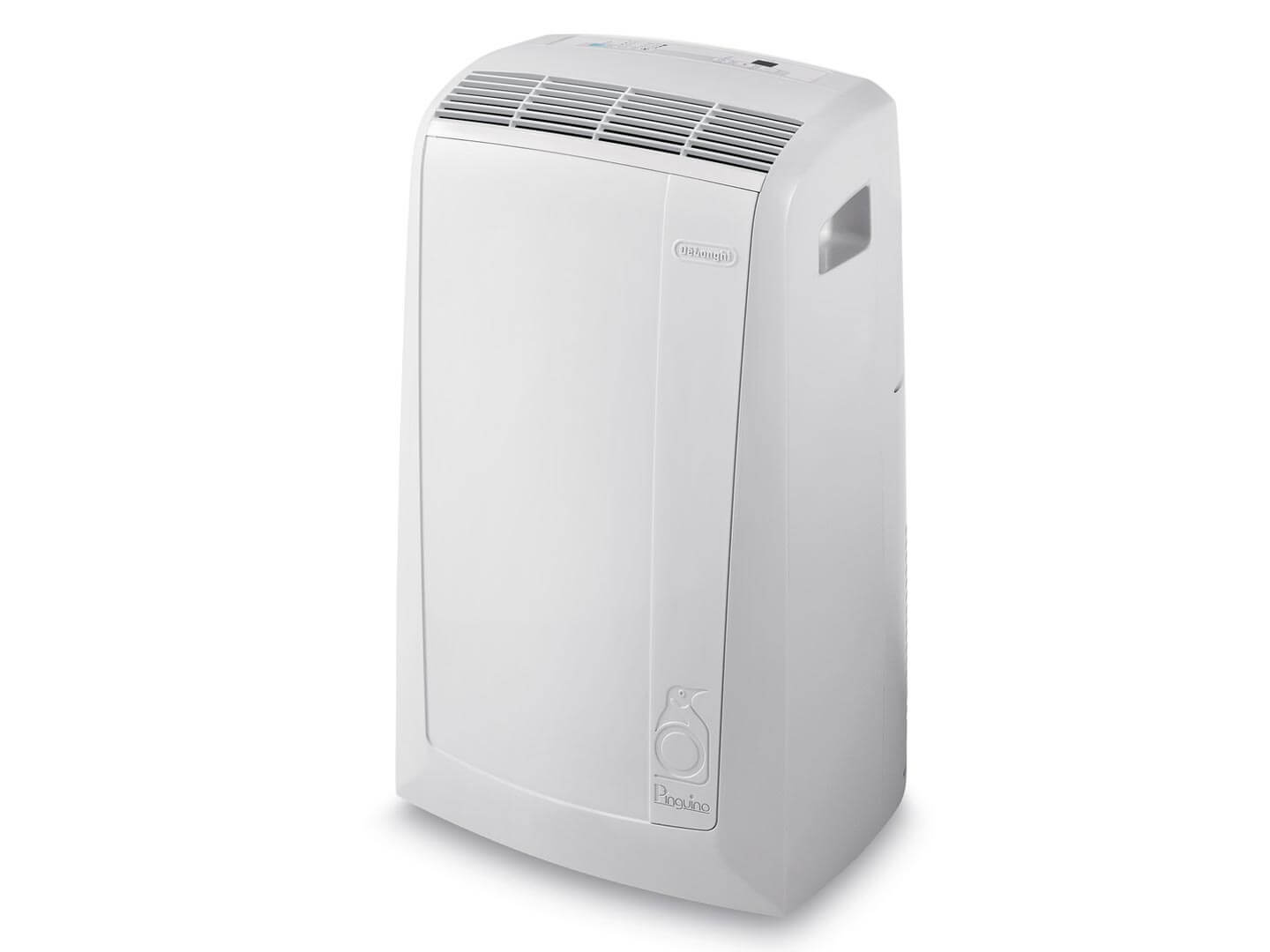 According to the characteristics of the De’Longhi PAC N81, it does not differ from the previous participant in the rating, so he fairly gets the 6th place in the list of the best mobile air conditioners.

Also able to cool up to 20 sq.m. premises, which is quite enough for a small office or room in the apartment. The price of a floor air conditioner is one of the lowest in this rating - only 13 thousand. 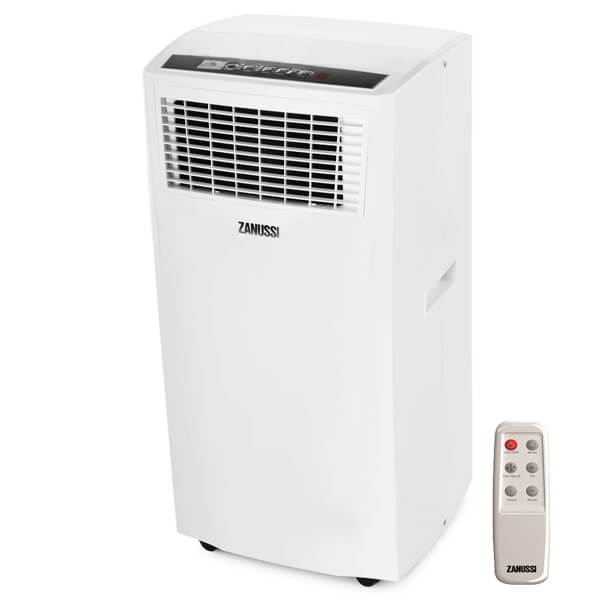 Despite this, the device is equipped with a control panel, a timer, high efficiency and speed control. There is no heating mode, but there is cooling, ventilation and drainage. The relatively low noise level (45 dB) can be attributed to the advantages of a mobile air conditioner. We did not find any special flaws in the Zanussi ZACM-07 MP / N1, given the extremely low price.

Moving closer to the end of the rating, I would like to provide one of the most expensive models - Bimatek AM401. Despite the fact that the characteristics of this floor-mounted air conditioner are no better than the rest of the TOP-10 participants. Of the positive aspects, I would like to note a fairly high power, the presence of ventilation and drainage modes, as well as a control panel. Of the shortcomings, the main thing is the high price - about 28 thousand, and at the same time the lack of a heating mode. 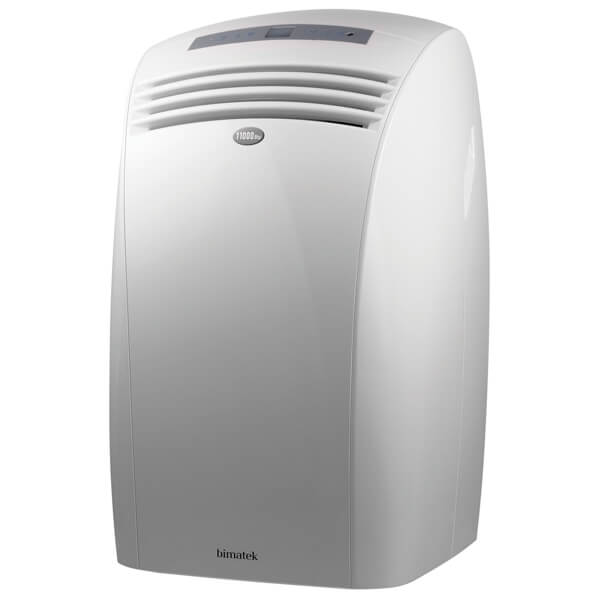 If you need a mobile air conditioning in the room and at the same time the cost is not a limiting factor, take a look at this device. Stylish design and convenient controls are another significant advantage.

Jax is an Australian brand whose products are manufactured in China. The Jax ACM-09BHE model costs 17,500, while like the other participants in the rating of mobile air conditioners, this device has an average power of 2.6 kW. It also has the ability to control from the remote control, a timer and a drainage mode. 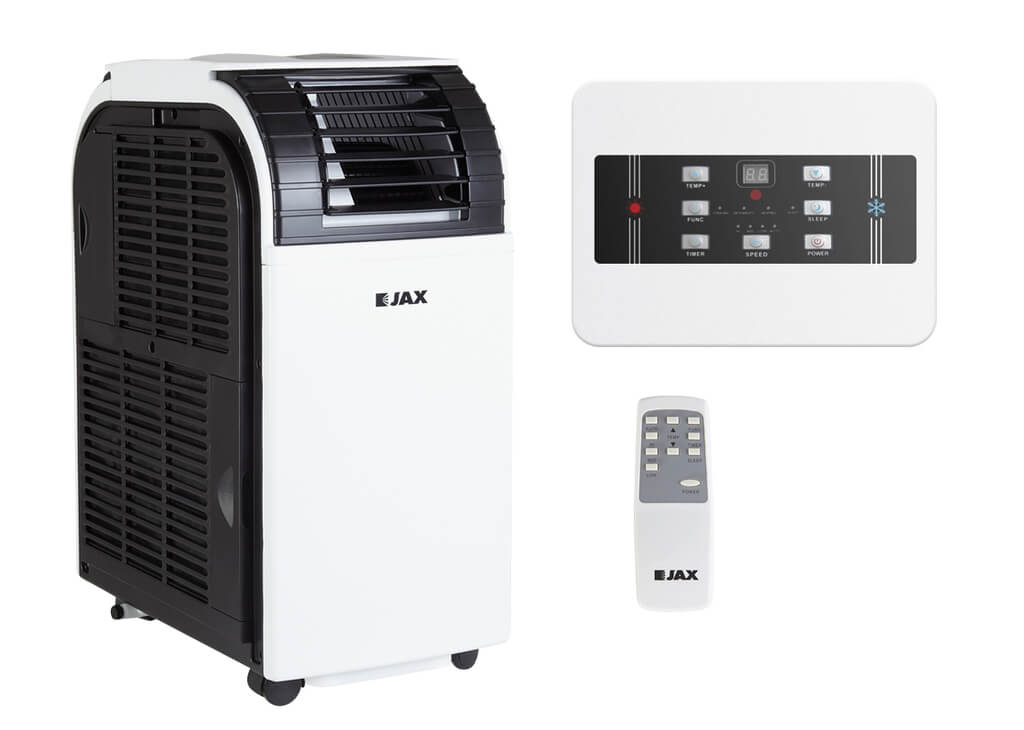 There are few reviews on this model, as it is not popular enough in the market. However, what we know about the Jax ACM-09BHE is its good build and stylish design. Among the shortcomings emit high noise during operation (up to 54 dB), as well as strong heating of the corrugation, as a result of which the cooled room heats up a little.

Well, our General Climate company closes our rating of the best floor air conditioners. The price is 18000. There is a timer and drainage mode, as well as a remote control. The noise level is average - about 50 dB. Among the advantages, I would like to highlight the presence of a ventilation mode, a function for storing settings, and an interesting design. 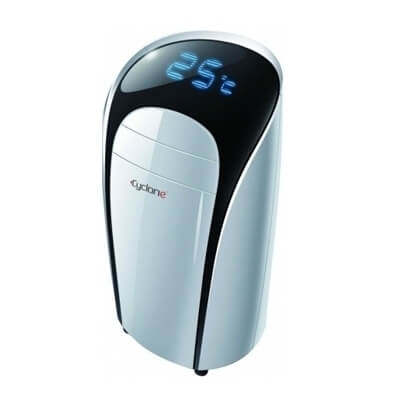 As for the shortcomings, the main ones are high noise during operation, a short corrugation that comes with the kit and poor cooling.

So we reviewed the best mobile air conditioners. We hope our rating was useful, and you were able to choose the right model from 10 provided!