Benefits of Chip On Board Technology

Lighting engineering is actively engaged in the implementation of LEDs in lighting. In addition to LEDs, there are COB LEDs on the market. They are based on more powerful emitters. Chip On Board LEDs are light sources that can be used to save energy. But experts continue to argue which fixtures are better to use. What are the Chip On Board LEDs and what are their features, we will talk about this later.
Content:

In semiconductor lighting technology until 2009, there was only one direction - increasing the power of the diode. This direction is called Power LED, which means “high-power LEDs”. Scientists were able to invent a lamp whose power reached up to 10 watts. But as a rule, emitters with a power of 1 to 6 watts were in great demand.

Since 2009, SMD diodes have appeared on the market. This technology means that the device is attached to the surface by soldering, and each diode is broken by a layer of phosphor. Such lamps are low-power and create scattered light due to the large number of diodes (up to seven hundred pieces).

The next step in development was the SOW technology, which stands for "numerous crystals on the board." The essence of Chip On Board is that crystals are attached to the board without a case and without ceramic substrates. Then all the crystals are coated with a uniform layer of phosphor. Due to this, the lamp will shine evenly. This design has significantly reduced the cost of LEDs.

The device of COB-LEDs is shown in the picture: 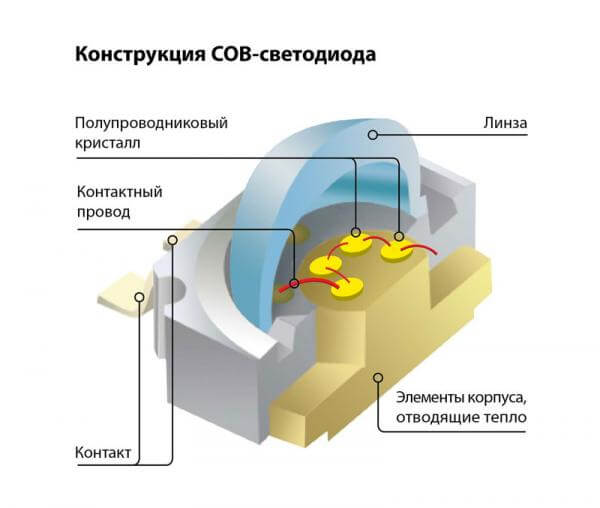 The advantages of COB over SMD are that only 70 crystals are placed per square centimeter. And this means that the dimensions of the lamp are significantly reduced, but the rage remains unchanged. 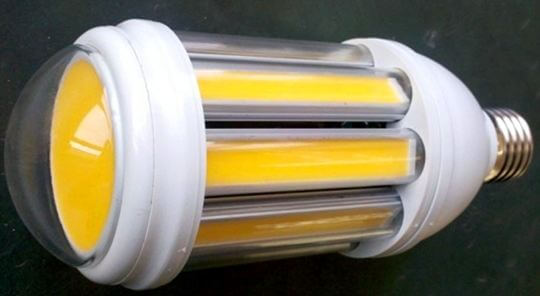 Chip on board matrices are manufactured using a specific technology, which includes the following steps:

The most difficult step in this technology is the uniform application of a very thin layer of adhesive material. In order for the crystals to be fixed on the substrate, it is necessary to apply a thin layer of glue, only it must be of a fixed thickness. If this layer is thin, the crystals will fall off during use. If the layer is thick, there is insufficient contact between the substrate and the element (heat transfer is reduced). 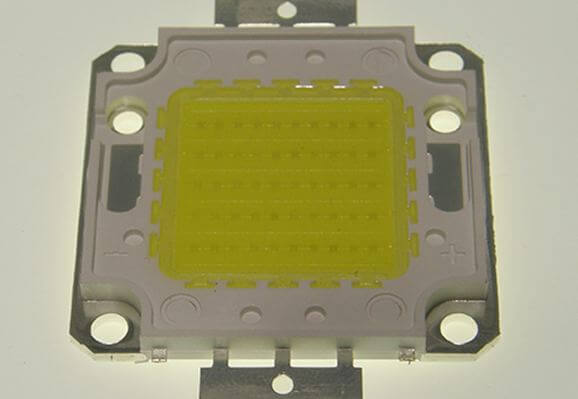 The issue was decided by Chinese scientists who proposed a method by which the adhesive layer is applied evenly, thereby improving thermal contact.This method is called magnetron sputtering. Advanced matrices are now called Multi Chip On Board. Today, almost all COB matrix LEDs are manufactured using this technology, thereby creating high power lamps.

The use of modern technological processes allows the manufacture of luminaires that use a SOW matrix with a power of up to 100 watts. And the light output in this case reaches 150 Lm / W. A typical Chip On Board matrix has two shapes: round and square. Its dimensions (diameter and side, respectively) range from 1 to 3 cm. 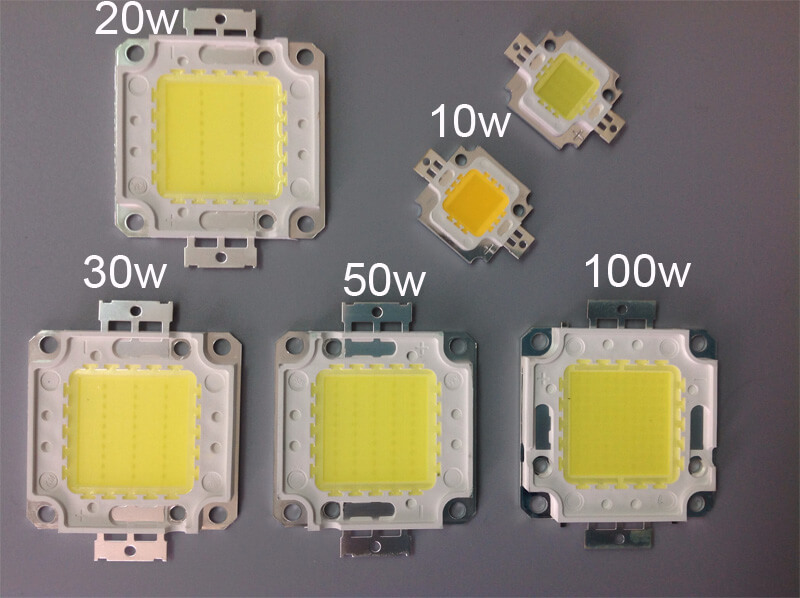 But there are Chip On Board LEDs and larger sizes. The manufacturers of the COB matrix give a product life of up to 30,000 hours, and more powerful LEDs are able to work up to 50,000 hours.

Such indicators led some experts to the idea that the Chip On Board has low reliability. These figures about the life of the product are obtained in the course of mathematical research. LEDs were tested under extreme conditions, and the result brought the following values: in continuous mode, the device can work up to six years. For such a long time, other more powerful and better product models will appear.

But it should be remembered that all manufacturers of lighting elements based on the Chip On Board matrix give a warranty period of up to 20,000 working hours. If something happens during this time, they are ready to carry out a free repair.

Of course, COB matrices also have disadvantages, but they are not so significant in comparison with the advantages. Lamps with such a matrix are more expensive than ordinary ones, but if you calculate the energy consumption, it is obvious that LED lamps are more profitable.

So we examined the Chip On Board LEDs, their advantages, characteristics and design. We hope the provided article was useful and interesting for you!