Ways of wire and cable tapping

Many have encountered such a situation when there is no voltage in the outlet. The reason for this in most cases may be a wire break. In this case, you need to ring the cable that powers this outlet. A bell is a test of electrical conductors for integrity, for an open circuit and for the absence of short circuits between them. Such an action will help determine where a breakdown has occurred in the electrical network. Next, we will tell you with the help of which devices the wire and cable continuity can be carried out.
Content:

You can call the wires at home in several ways: 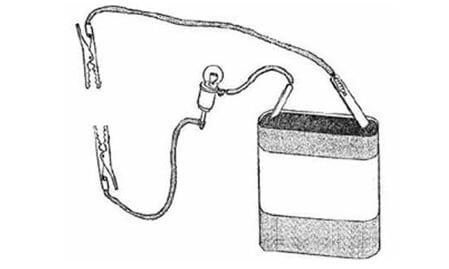 In order for the dialer to work correctly, it is necessary to mark the cable in any order. The method of operation of such a device is as follows: a wire is connected to one core, which comes from the battery, and a bulb is attached to the probe. With this probe, in turn, touch the conductors at the opposite end of the cable. If the light comes on, then this wire is connected to the battery.

You can learn about how to ring the wires with a light bulb and a battery from this video tutorial:

Using a multimeter. This device measures various power supply parameters (e.g. voltage, current, resistance). In the house, such a device will be indispensable if you need to check the socket or switch, the presence of an open circuit or find out where the wire goes. 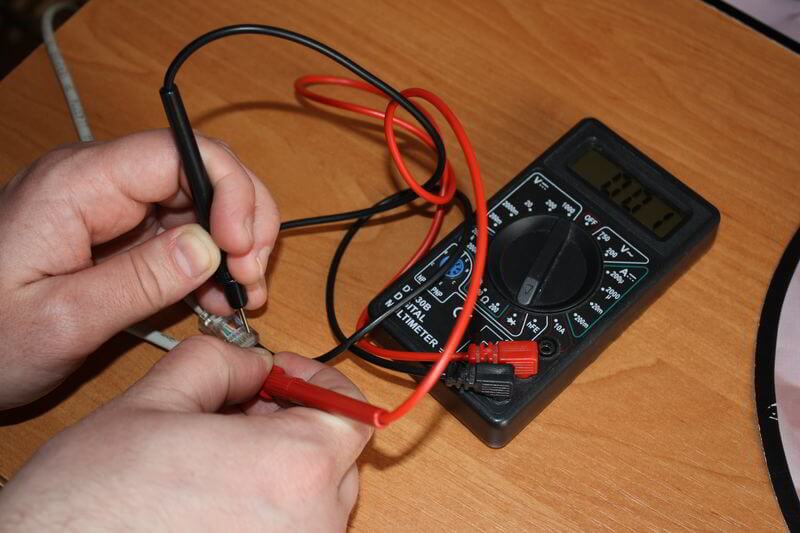 You can ring the cable with a multimeter according to the following procedure:

To check the wiring in the wall for integrity, you must disconnect the cable from the power source. Set the multimeter to resistance measurement mode. When the probes are closed, zeros should appear on the screen.

The video below demonstrates the technology of cable tapping with a multimeter:

These two methods are convenient if the dialing is carried out at a short distance and one person can do it. If the cable is long and its ends are in different rooms in the apartment or outside, then use a different method.

Using handsets. Calling by telephone headsets is carried out as follows: the capsules in the tube are connected to each other and a battery is connected to them, the voltage of which does not exceed two volts. Thanks to this technique, employees can talk to each other over the phone and coordinate their actions.

Diagram of cable calls with the help of handsets:

You can see the whole technology of work in this video example:

Using a transformer. There is another way by which you can ring the cable lines - this is a dialer using a transformer, in which several taps depart from the secondary winding. The technique consists in the following: the beginning of the winding is connected to the grounded conductor sheath, and the transformer bends are connected to the conductors and feed each of them. If you measure the voltage that exists between the sheath at the other end and the cores, you can determine whether the end belongs to a specific conductor. The ring will allow you to identify and mark the required cores. About, how to mark wires, you can find out from our article.

Phasing is the ability to determine in which order the phases alternate when connected in parallel. This is necessary in order to avoid short circuit. Indeed, in order for the reliability of power supply to increase sometimes one conductor is not enough (or if the consumer's power is too high). In order for the electrical installation to work normally, another wire is placed in parallel. In this case, it is necessary to take into account the alternation of phases. Below is the phasing scheme:

If the voltage is linear, then the core and busbar have different phases, therefore it is forbidden to connect them. If the voltmeter shows zero, then this indicates that the wire and the bus have the same potential, respectively, they have one phase and they can be connected. Other conductors are checked using the same technique.

If there is no voltmeter, then phasing can be carried out using two incandescent lamps, which are connected in series and have a nominal voltage of 220 volts. If the lamps do not light, then the wire and bus belong to the same phase.

It should also be borne in mind that after such actions a certain voltage is retained on the cores of cable products, which is associated with a residual capacitive charge. Therefore, the cable should be discharged after the next passage of voltage. This is done by connecting the conductors to the ground.

So we examined the main ways of wire and cable tapping, as well as devices that can be used for such work. We hope the information provided was useful and interesting for you!