Why spark contacts and how to fix it

One of the main malfunctions of switching devices is the sparking of contacts or their complete absence. The main cause of this problem is the wear of the contact system or the failure of other components of the device. If you do nothing with this, you will have to completely replace the switch, relay or other switching device as a result. In addition, sparks and heat can cause a fire. But let's take a closer look at the causes of sparking contacts and how to eliminate them.
Content:

Causes of sparks and arcs

Before considering why sparkling contacts, we will understand the basic concepts. The switching device and its contact system must provide a reliable connection with the possibility of its rupture at any time. The contacts consist of two electric plates, which in the closed position should be firmly pressed against each other. 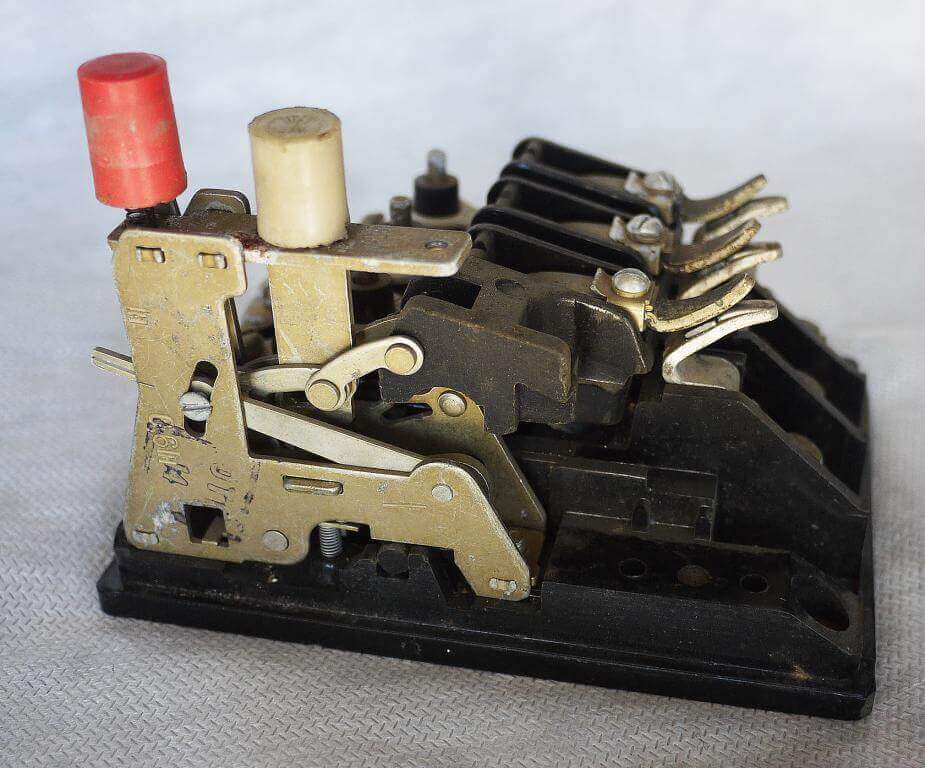 An arc occurs when switching inductive circuits. These include various electric motors and solenoids, but it is worth remembering that even a straight section of wire has a certain inductance, and the longer it is, the larger it is. At the same time, the current in the inductance cannot stop instantly - this is described in the laws of switching. Therefore, at the terminals of the inductive load, an EMF of self-induction is formed, its value is described by the formula:

Interesting! In our case, an important role is played by the rate of change of current. When turned off, it is extremely large; accordingly, the EMF will tend to large values, up to tens of kilovolts (for example, the car’s ignition system).

As a result, the EMF increases to such an extent that its value breaks the gap between the contacts - it forms electric arc or sparks. The quality of any compounds is described by their transition resistance: the smaller the better the connection and the less heating. When they open, it increases sharply and tends to infinity. At the same moment, the area of ​​their contact is warmed up.

In addition, between open contacts against the background of increasing EMF of self-induction and increased air temperature due to heating of surfaces when the plates open, ionization of the air also occurs. As a result, all the conditions for the appearance of an arc and sparking are present. 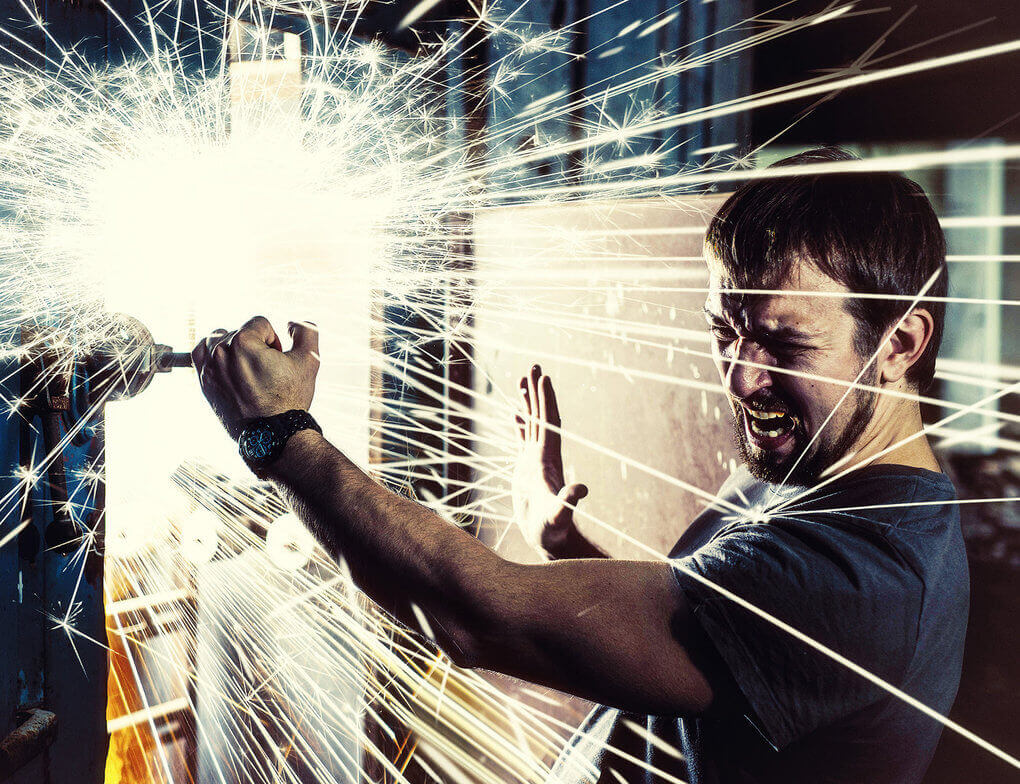 If we talk about why the sparks spark when the circuit is closed, then this happens not with the inductive, but with the capacitive load. You observe this every time you insert a charger from a laptop or phone into a power outlet. The fact is that a discharged capacitance (capacitor) at the input of the device at the initial moment of time represents a short-circuited section of the circuit, the current of which decreases as it is charged.

If you observe sparking in the relay or switch in the closed position, the reason for this is the poor condition of the contact surfaces and their high transition resistance.

Due to sparking, metal evaporates from the contacts, they heat up and increase the transition resistance. The latter causes their burning even more, after which they sparkle even more. The consequences of these processes can lead to a partial or complete lack of switching ability of the device, up to its sticking or fire under certain circumstances. It is necessary to monitor the status of all connections and moving switching elements. 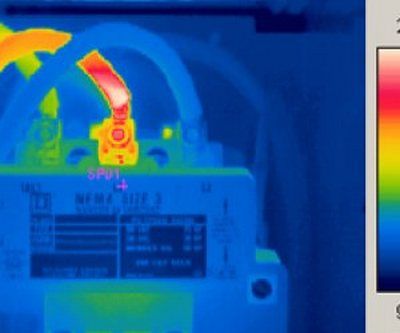 Ways to eliminate and prevent the phenomenon

To eliminate the sparking of contacts, decisions are made even at the stage of development of switching devices. For example, the distance between them increases, arc extinguishing chambers are installed to cool the arc.

They are also soldered from precious non-oxidizing materials, such as silver, for example, on the surface through which current flows. 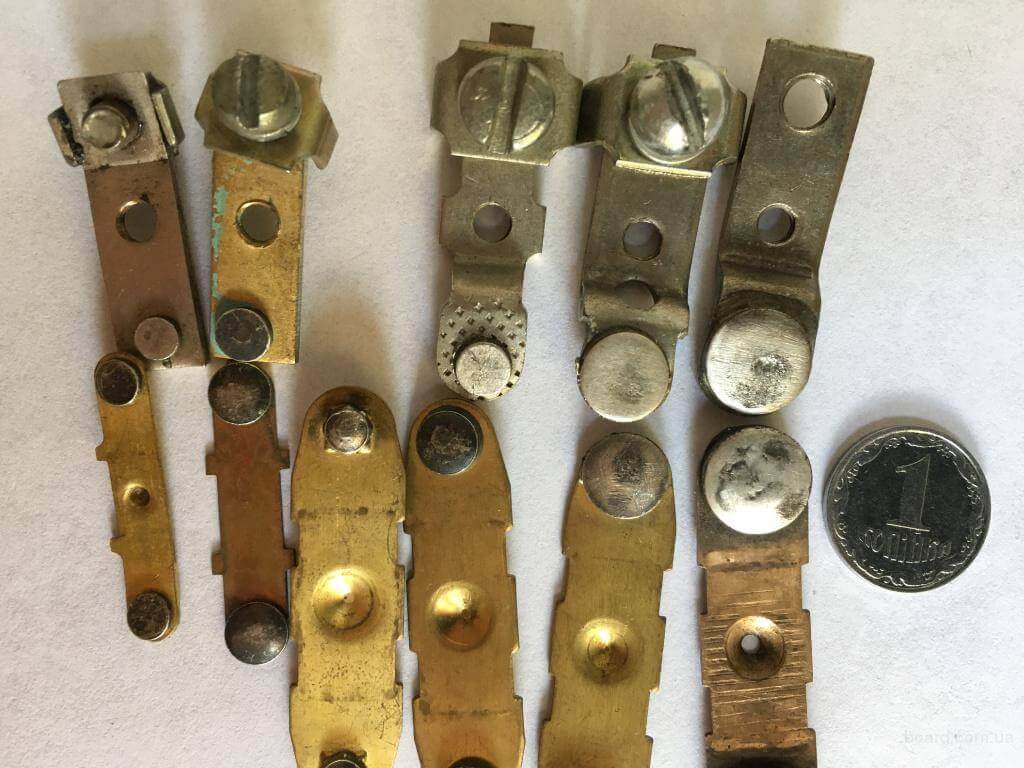 On high-speed relays, sparking occurs when opened, including because their contacts in the open position are close to each other. So you need to reduce the load by using intermediate relays or use spark-extinguishing chains, we will consider their schemes further.

We will figure out what to do if the contacts on an existing machine or starter sparkle. First of all, a high-quality connection is ensured by a strong pressing of the plates, when sparking, it is worth checking whether the contact pads are in normal contact. In AP type machines, they are pressed by a spring mechanism, to check it, when the voltage is off, but the contacts are closed, the movable plate should be pulled back and released, it should hit the fixed plate with a distinctive click. The same can be done on a magnetic starter. 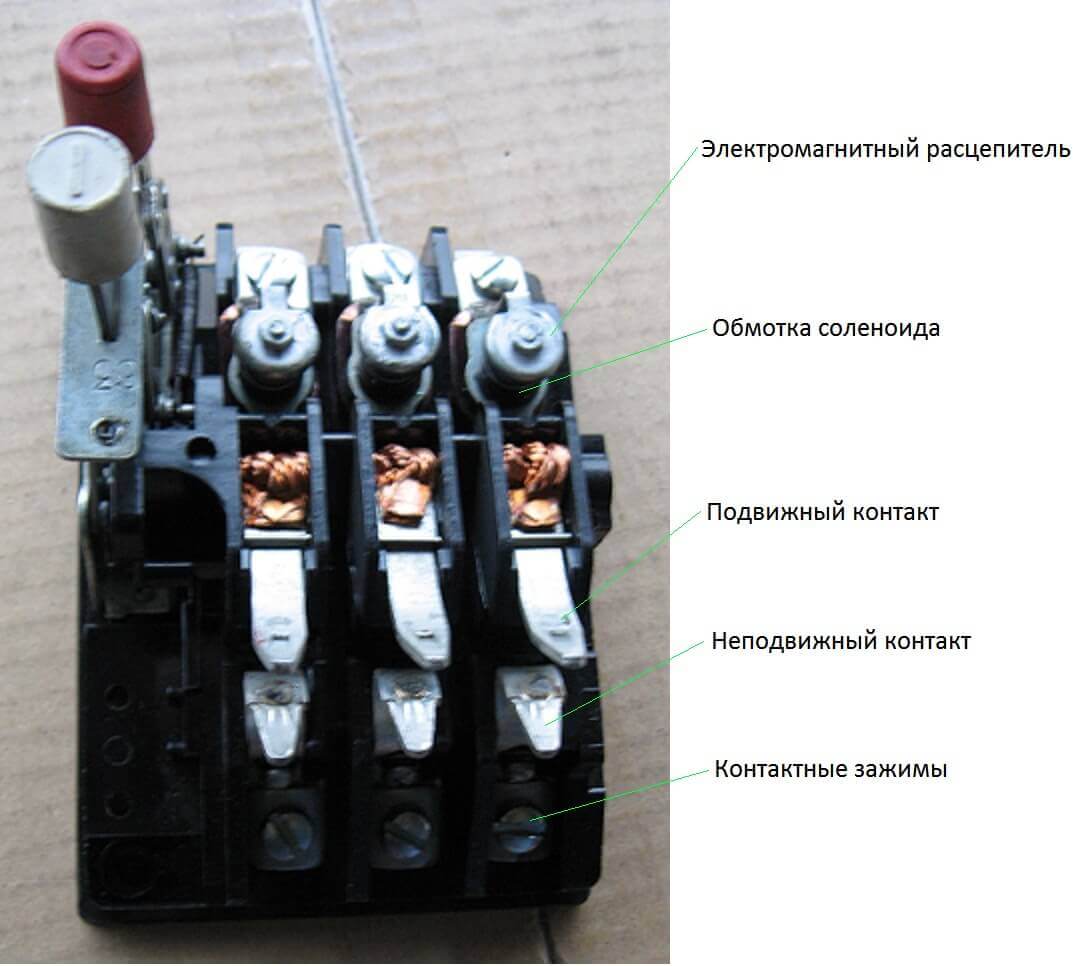 If you are convinced of high-quality pressure, but the contacts still sparkle - check for carbon deposits on their surface at the points of contact. If there is soot, then it is cleaned with the maximum possible fine sandpaper, the wooden part of the match or with an eraser, but in no case with a file - the surfaces should be as smooth as possible, otherwise the transition resistance will increase.

Another method for solving the sparking problem is to install spark-extinguishing circuits. If the relays and starters sparkle in the DC circuit, then in parallel with the load, a diode is installed, connected by the cathode to the positive and the anode to the negative pole. Thus, the energy accumulated in the inductance and its self-induction EMF is dissipated on the active part of the load, and the diode closes the circuit for the current to flow.

And if the contacts sparkle in the AC circuit, you can install a spark-extinguishing RC circuit, it is sometimes called a shunt, and in electronics - snubber. It performs the role of protection due to the fact that the energy stored in the inductors tends to dissipate not on the switching device, but on the active resistance of this circuit.

Capacity is calculated by the formula:

But faster and easier to use the nomogram: 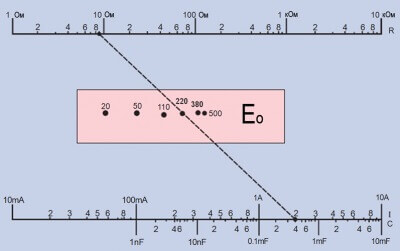 A more detailed question is also considered in the video:

We examined how to eliminate one of the most common malfunctions of an electrical circuit - sparking relay contacts and switches. In short, you need to check the contact pressure, clean their surfaces from soot, and also install chains to protect them. This will extend the life of circuit breakers and other devices. If you have personal experience - share it in the comments.