What types of electricity meters are there?

The transfer of electric energy from power plants to consumer objects and its further distribution is associated with the movement of large capacities, which are accounted for using wattmeters. To determine the amount of electric energy produced or consumed per unit of time, electric energy meters are used. An electric meter is a device that includes a power meter and a mechanism that performs the function of counting. What kind of electricity meters can be? We will tell readers about this site. Elecroexpert within the scope of this article.

According to the type of measured electrical energy, control devices can be divided into those used in the circuits:

For AC networks with a frequency of 50 Hz, a single-phase and three-phase type of metering devices are used. Consider each type of execution in detail.

By design, the electric meter can be: 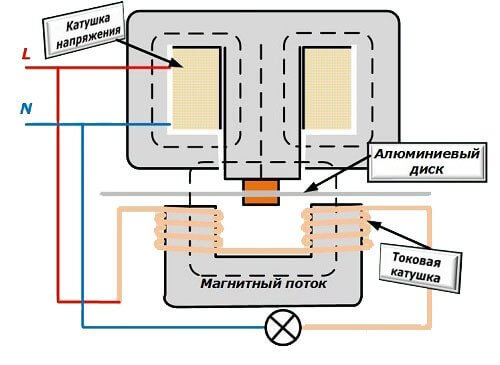 The disk is part of the kinematic system of gears with wheels of digital indicators that reflect the volume of perfect revolutions. The speed and direction of movement of the disk depends on the power used.

A single-phase meter is installed in two-wire networks with alternating current and a standard voltage of 220 V. 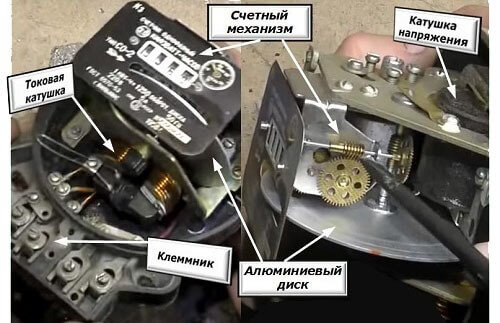 These measuring devices are used in apartments, private houses, office buildings. Their simplicity and convenience of taking readings are distinguished. 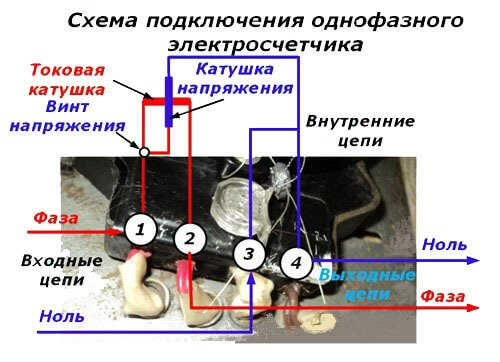 For the correct inclusion of the device in the power supply system of the object, it is necessary to familiarize yourself with the circuit attached to the description of the operation. 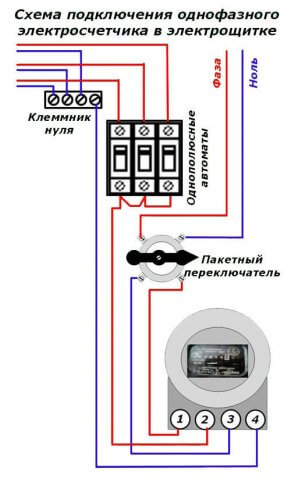 The electricity meter in the distribution panel is connected via single-pole circuit breakers and packet switch.

This type of meter is similar to the single-phase model. Its difference lies in the fact that the total magnetic flux acting on the disk consists of the magnetic fields of the current and voltage coils of all three phases of the power circuit. In this regard, the number of elements of the device and their density increases, and the aluminum disk is made in double form. 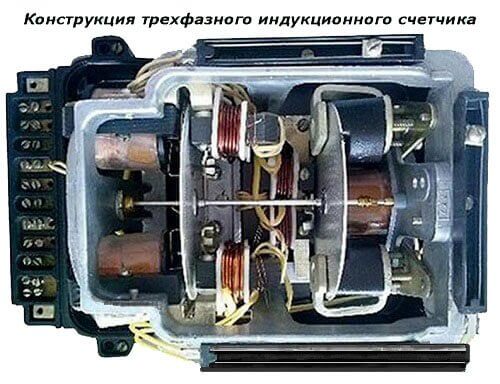 The three-phase type of electric meters is installed in three-wire or four-wire alternating current networks with a standard voltage of 380 V. The coil connection scheme is performed as in the previous version, but taking into account the summation of magnetic fluxes. 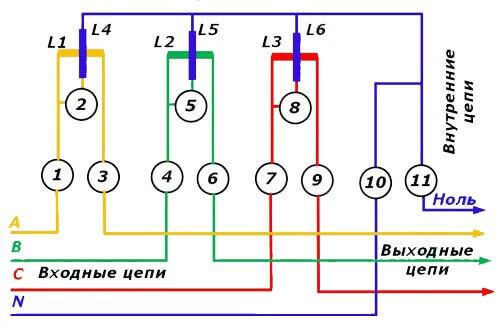 This type of meters is used at industrial enterprises, at facilities where high energy consumption is expected. Although this is not necessary, they are often used in everyday life, in houses with three-phase input.

Instead of using a three-phase measuring device, it is allowed to introduce single-phase devices into each phase of the network. In this case, the indicators will have to be summarized. A three-phase induction electric meter performs this operation automatically, using a single counting mechanism.

According to the connection method, three-phase induction meters can be of two types: 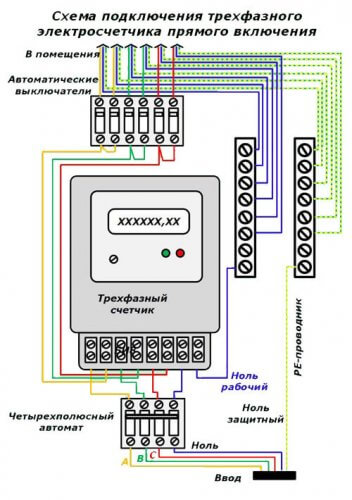 Currently, induction meters are considered obsolete. Their release on an industrial scale is discontinued. 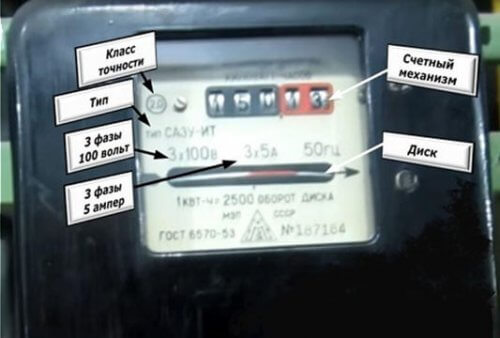 At presently introduced industrial equipment complexes and for working in a household network, modern electronic metering devices are used.

The principle of their operation is based on calculating the total power from constantly analyzed states active and reactive components. All values ​​are recorded in the device memory. You can view them at any time.

By the type of accounting of input values, the electric meter can be:

The microcontroller processes the signals received through the converter from current and voltage transformers and sends commands to: 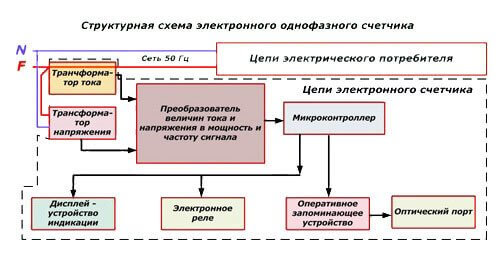 This type of electronic meter carries out work through sensors: 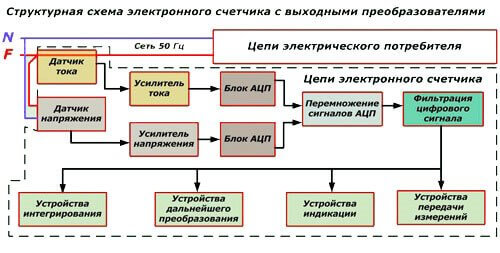 Received from the sensors, the signals are passed through amplifiers, fed to the blocks of amplitude-to-digital conversion (ADC). Next, the multiplication, filtering and output of signals to devices: integration, conversion, display, transmission to users.

The use of current and voltage sensors instead of measuring transformers made it possible to create metering devices for circuits with both alternating and direct currents.

A variety of meters in this group is most often used in the equipment of railway and urban electric vehicles.

This type of device works when the forces of the magnetic fluxes of two coils interact, one of which is fixed motionless, and the second can rotate under the influence of magnetic flux, which is proportional to the magnitude of the current in the circuit. 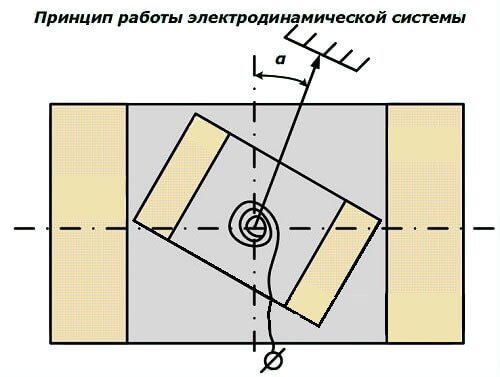 The meter can be equipped with a function for programming the operation algorithm. This allows you to take into account the power consumption depending on the time of day, thereby unloading the hours of greatest power consumption.

Differences in the arrangement of electronic metering devices lead to differences in the possibilities of their charging. In some models, this is the tariff day and night. In others, you can reprogram the counting device to a tariff that takes into account:

The properties of electronic meters and the ability to remotely take readings made it possible to create a system of automated control and metering of electricity. 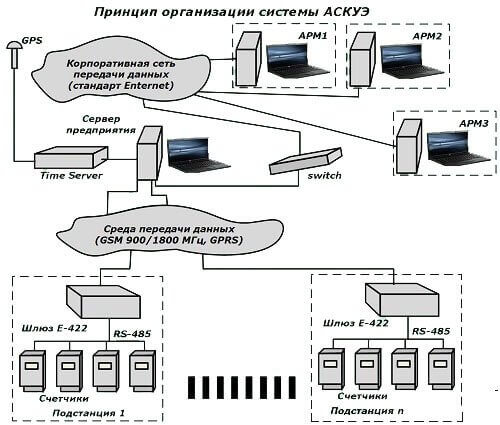 Task ASKUE consists in the rapid collection of information on the supplied and consumed power in the control center, its further analysis with the possibility of adjusting the distribution and calculating the cost.

Rules for choosing a meter

Sooner or later, the need arises to replace the old meter with a new one. Which electric meter is more profitable to use in everyday life? What parameters should I look for when purchasing it?

First of all, it is necessary to determine the number of phases of the device. This information is indicated on the front panel. 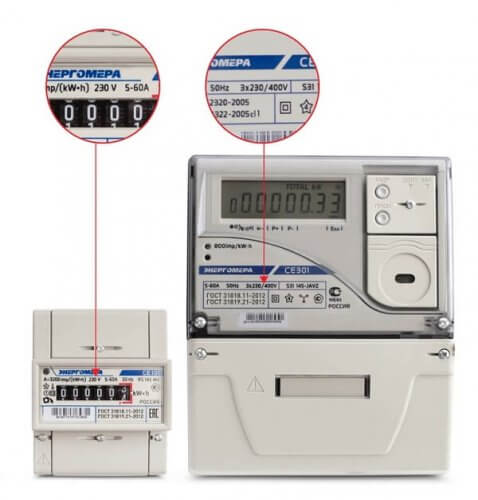 Next, you need to select the current type of device. 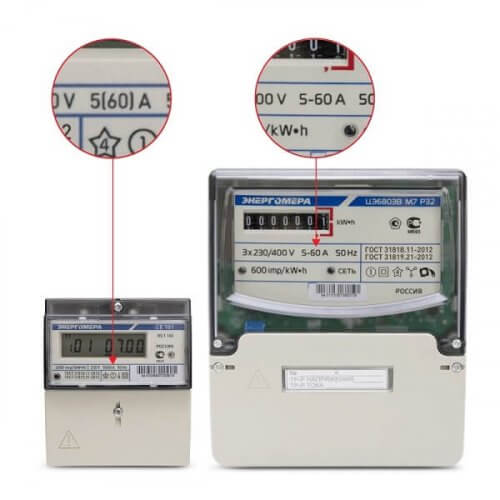 In the photo of the front panel, the arrows indicate two numbers, which are the characteristics of the device by current. The most widely used models are 5 (60) A, another type of marking is 5-60 A. Here 60 A is the maximum current, and 5 A is the nominal current.

The maximum current must be higher than that consumed in a residential building, so you need to pay attention to the rating of the opening circuit breaker. 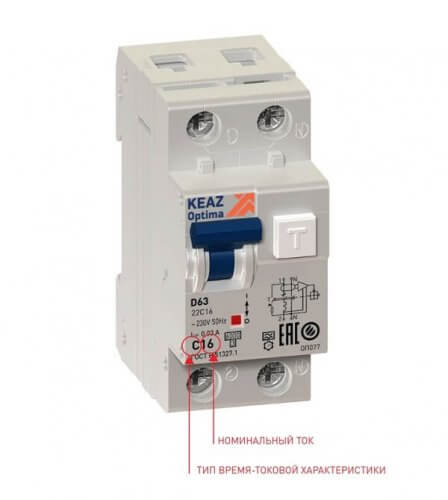 The inscription С 16 means that the rated current of the machine is 16 A.

Next, you need to determine the type of meter body. The Energomera company offers three options:

In private households, the electric meter is mounted on a pole from which the power line is diverted to the building, less often on the facade. According to electricity suppliers, this measure should prevent theft. But amateurs illegally “save” are finding new ways not to pay for electricity.

It’s better to save your budget in legal ways. For example, connect a two-tariff or multi-tariff meter. In this case, transferring the work of powerful consumers to cheaper, night time, you can significantly reduce the cash expenses of your family.

In Moscow, according to the two-tariff system for houses with gas stoves 1 kW * h, it costs 6 18 kopecks per day. At night, the amount is only 2 rubles 29 kopecks. And if you pay on a single tariff system, the price will be 5 38 kopecks, regardless of the time of day.

Important! If you bought a two-tariff meter, but decided to use one tariff for payment, do not rush to purchase a new device. A two-tariff metering device can be used as a single-tariff meter. You just need to pay for the kilowatts spent day and night, at a single rate.

Which type of meter to choose, you decide. But be sure to take into account the requirements of the legislation and regulatory documents on power supply when buying.

If the verification was carried out earlier than these dates, then it will be necessary to conduct it again before installation, otherwise the energy sales company will refuse to connect the device.

In addition, the screws of the casing of the electric meter must have seals of the state calibrator. After installing the device, the power supply organization will put its seal on the clamping cover.

In conclusion, I want to emphasize that when buying an electric meter, you should not give preference to the cheapest models of unknown manufacturers.Choose products from manufacturers that have proven themselves in the consumer market.