What are the classes of protection against electric shock

To prevent electric shock during the design of electrical products, manufacturers lay down certain solutions to reduce risk. Depending on the complexity of the design and the measures taken to protect people, the class of protection against electric shock is determined. It is standardized in GOST 12.2.007.0-75 “Electrotechnical products. General safety requirements. " In this article we will look at what these classes are.
Content:

Protection class is a set of constructive measures to ensure human safety when working with the device or its maintenance. They depend on the availability of grounding, residual current circuit breakers, additional insulation, housing material and its structural features. Another definition says that this is a system for indicating the degree of protection of a person when working with electric tools and other equipment. The class is marked with signs from 0 to III, where 0 is no protection, and III is safe equipment powered by low voltage.

Next, we consider a list of types of protection and each class separately. Which option to choose depends on the requirements for the electrical installation and the conditions in which it operates. At the same time, it is impossible to say specifically which one is better: from the point of view of safety - the higher the better, from the point of view of the cost of equipment, the appropriateness of a particular solution - it depends on the specific situation.

Electrical appliances with protection mark “0” do not have any protective equipment against electric shock. The only protective element is the working insulation. In this case, all open conductive (metal) non-conductive parts of the device do not have a connection to ground or any protective conductor. There is also no indicator of the presence of dangerous voltage on the case.

If the insulation is damaged, electrical potential may appear on the cabinet, and only floor coverings and air can protect you. But if you touch the case while standing on a damp floor - you will certainly be shocked.

The IEC does not recommend producing electrical appliances with a protection class of “0”, but the PUE allows the use of such lamps in any premises. It is worth noting that such products can be used in rooms where there are no grounded conductive elements in the vicinity and in the work area and where there is no access to unauthorized persons or it is limited. In most countries, they are considered unsafe. For the same reason, old heaters and electric stoves with open spirals are prohibited, because it is not only fire hazard, but also does not comply with electrical safety requirements.

At "00" everything is similar to "0", the class differs only in that there is an indication of the presence of a dangerous voltage to the case.Provided that the maintenance personnel are trained and have personal protective equipment, it can be used in damp rooms.

Added RCD with a sensitivity of not more than 30 mA, with a shutdown speed of not more than 0.08 s. Otherwise, everything is similar to the classes of protection against electric shock "0" and "00".

Important: mandatory presence of PPE for those who work with this equipment.

There is working insulation, but the metal parts of the case and other non-conductive parts are not insulated. In this case, unlike the previous classes, they are grounded with a special wire or have mechanical contact with the grounding bus (ground loop). The connection point of the protective conductor or the contact with the circuit is indicated by the corresponding symbol. 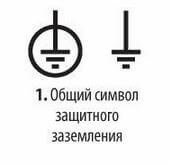 Examples include: transformer substations, hoisting cranes, mobile equipment that moves along rails or in another way, but no further than the grounding wire allows.

The grounding wire according to the PUE has a yellow-green insulation color. The grounding of the parts of the control cabinets is performed as follows: 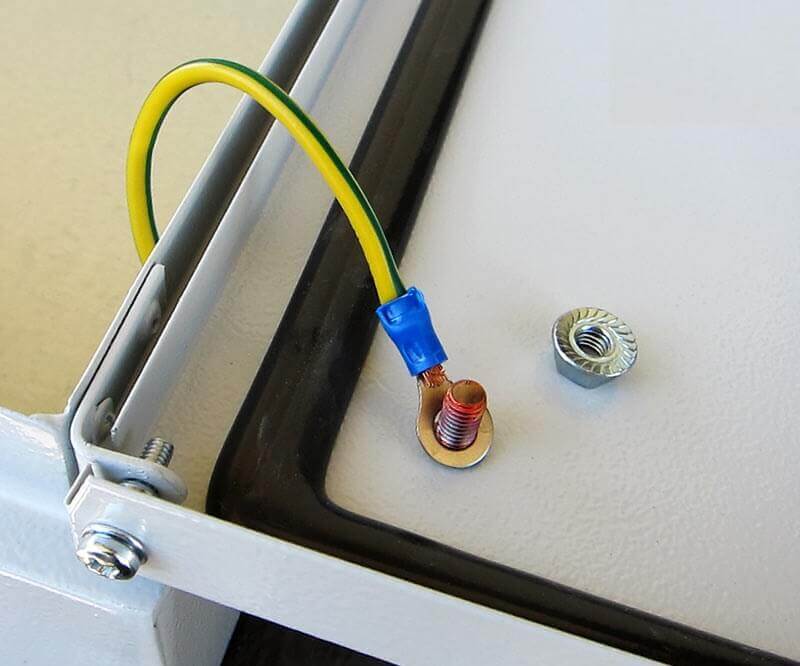 Ground busbars are painted in the same way: 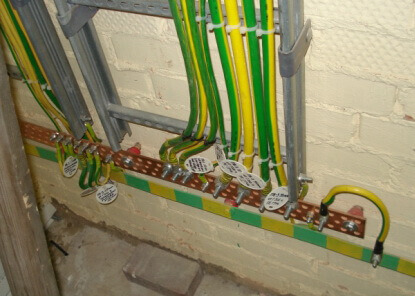 Higher protection against electric shock. In such electrical appliances, an additional ground contact is added on the plug for connection to the mains. As in the “000” class, this type of electrical equipment has a working insulation - this is the main means of protection. The conductive parts of the equipment, for example, the case, are grounded and equipped with protection against voltage on non-conductive parts.

This class of protection against electric shock includes most household appliances: washing machines and dishwashers, food processors and more. 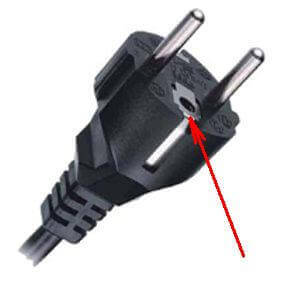 Similar to the previous class, but necessarily there is an RCD. When disconnecting grounding - the class is equal to "000". In the photo, an RCD on the wire and for mounting on a DIN rail: 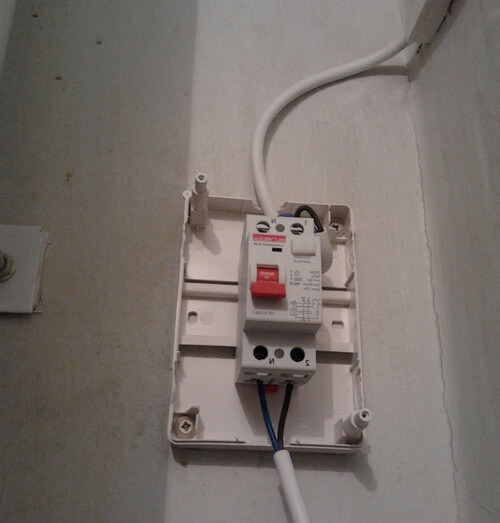 The main difference between electrical equipment with a second class of protection against electric shock is the presence of double reinforced insulation of conductors. However, the housing remains ungrounded, and there are no additional grounding contacts on the plug. It is possible to use such equipment in humid rooms up to 85% humidity, provided that the protection class is lower than IP65.

It is designated as follows:

The equipment is with an insulated shell (case) and metal. For the latter, it is possible to connect a grounding conductor, but this is regulated by standards and specific electrical appliances. Depending on the version, protective resistance may be present on the contacts and power terminals, as well as protective circuits for monitoring the serviceability of protective circuits.

Among household appliances, one can cite as an example stationary (TV) and mobile electrical equipment, with a low probability of damage (hair dryer, drill, vacuum cleaner, other power tools).

Equipment with a class of protection against electric shock "III" is characterized by a reduced supply voltage, to a safe level, namely 36V AC and 42 DC. The graphic designation is shown in the figure below. 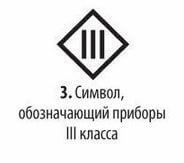 If there is a metal casing, a grounding contact, terminal or bolt for connecting the grounding wire is possible. And also in cases where grounding carries not only a protective, but also a functional role.

For example, we can cite: portable luminaires for work in conditions with increased danger, in a limited space, with high humidity.They also include equipment that is powered by a low voltage, and the power supply is moved outside their enclosure, for example: some monitors, laptops, and more.

In conclusion, I would like to note - in order to choose the desired class of protection against electric shock, when buying electrical equipment, you must first of all be guided by the conditions in which it will work, how often it will be serviced and whether people will touch it during work. In simple words: the equipment that is installed in separate dry rooms, such as switchboards or KTP, can have a class of "0" and the like. The equipment that you have to constantly hold in your hands during operation should have higher classes, higher “II”.

You can find out more information on the topic by watching this video: