We assemble the simplest projector in 5 minutes

We continue to consider the most simple homemade and now we’ll talk about how to make a projector with your own hands at home. Such a homemade device will be needed in order to replace the home theater and watch personal photos or even movies on the big screen. Even a child can assemble such a projector from a cardboard box and a magnifying glass, and he will do this in no more than 5 minutes. So, we present to your attention the technology of manufacturing the simplest projector from improvised means
Content:

To make it clear to you how to make a projector out of the box and phone, we will consider all the steps step by step with photo examples:

You can clearly see the entire assembly process in the video:

A simple way to make a cheap movie theater

Here, according to such instructions, you can make a projector with your own hands at home. As you can see, there’s nothing complicated and you don’t need to spend money on the purchase of materials, becausea box, electrical tape and even a magnifying glass can be found in your own workshop.

If you want the image on the wall to be brighter and clearer, it is better to use not a phone, but a tablet or laptop. In this case, the magnifying glass should be larger, because the size of the screen itself is larger. In this case, we use a special type of lens - a rectangular Fresnel lens, since finding a suitable glass lens is not an easy task. You can buy such a lens on the Internet. An example of how to quickly make a projector from a laptop or tablet, you can see in the photo below: 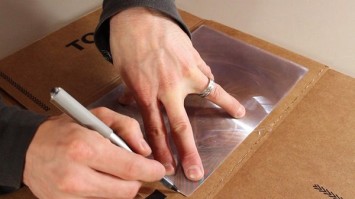 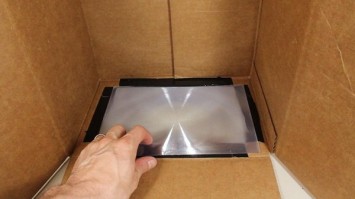 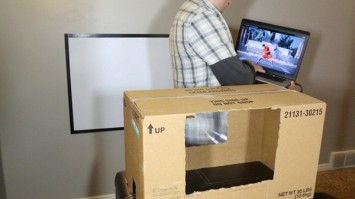 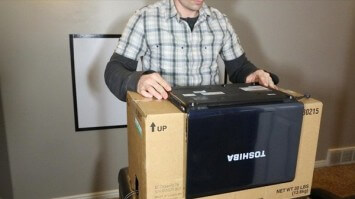 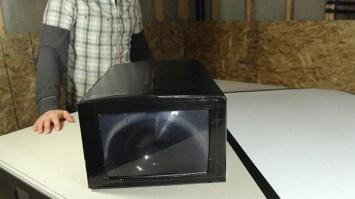 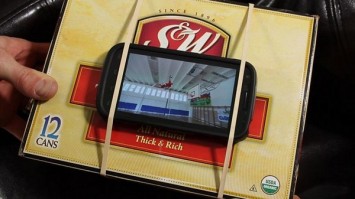 Another important point - if a homemade device projects a not very good picture on the wall, and at the same time you have already tried to change the location of the smartphone, it means the lens. Try wiping it or replacing it with a better one if you bought a cheaper option before that. Increasing the size of the lens can also improve the picture.

In addition, I would like to draw attention to an important nuance - for a home-made home theater to show a clear picture, the brightness on a mobile device must be set to the maximum. You can improve the clarity of the projector by painting the inner walls of the box from cardboard in black, for example, spray paint or a conventional marker, you can paste it inside with black paper.

The wall on which the slide show or video will be displayed also has its own requirements. It is best to direct the projection to a special canvas for the projector, but if this is not the case, an A1 size paper, mounted in a frame or simply on the wall using buttons, is suitable. I would also like to clarify that you can use such a home-made cinema at home only if the room is dark enough. The light will interrupt the image. 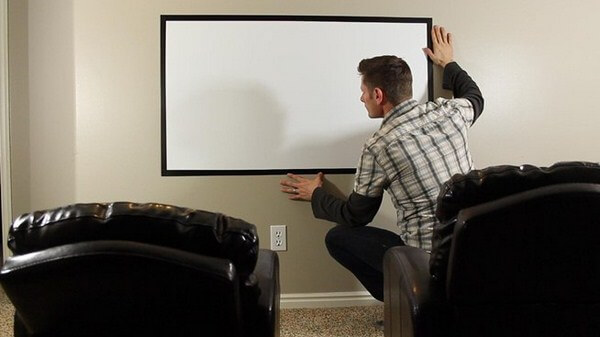 That's all I wanted to tell you about how to make a projector with your own hands at home! If you liked our ideas, do not be too lazy to share them with your friends on social networks so that they also know about the assembly technology of a home-made home theater in 5 minutes!