Many electricians are interested in one very popular question - how to get a small amount of electricity autonomously and for free. Very often, for example, when going out into the countryside or on a hike, there is sorely lacking an outlet for recharging the phone or turning on the lamp. In this case, a home-made thermoelectric module assembled on the basis of a Peltier element will help you. With the help of such a device, it is possible to generate current up to 5 volts, which is enough to charge the device and connect the lamp in an emergency. Next, we will tell you how to make a thermoelectric generator with your own hands, providing a simple master class in pictures and with video examples!

Briefly about the principle of action

So that in the future you understand why these or those spare parts are needed when assembling a makeshift thermoelectric generator, we will first talk about the device of the Peltier element and how it works. This module consists of series-connected semiconductors - pn junctions located between ceramic plates, as shown in the picture below.

When an electric current passes through such a circuit, the so-called Peltier effect occurs - one side of the module is heated, and the other is cooled. Why do we need this? Everything is very simple, this effect works in the opposite direction: if one side of the plate is heated, and the second is cooled, then you can get electricity of low voltage and current strength. A huge advantage of this method is that you can use any source of heat, be it a fire, or a hot mug with boiling water, a cooling stove, and so on. For cooling, you can use air or for more powerful options - ordinary water, which is sure to be found even in the conditions of a campaign. Next, we move on to master classes that will clearly show what and how to make a thermoelectric generator with your own hands.

We have very detailed and at the same time simple instructions for assembling a home-made power generator based on a mini-oven and a Peltier element. It is useful to every traveler on a hike. First you need to prepare the following materials: 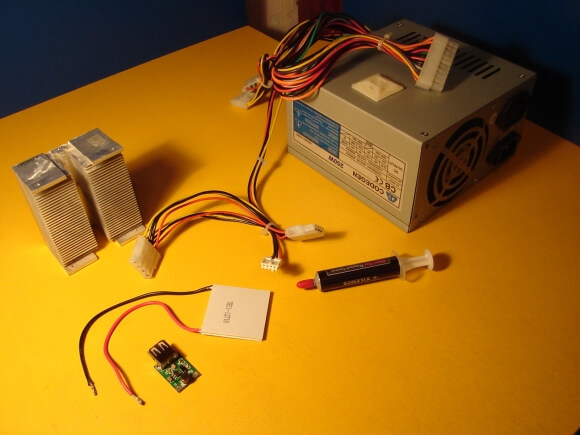 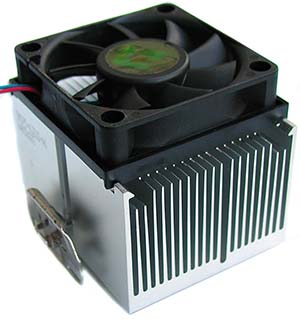 Having prepared all the materials, you can proceed to the manufacture of the device with your own hands. So, to make it easier for you to make the generator yourself, we provide a step-by-step master class with pictures and a detailed explanation:

The thermoelectric generator works as follows: inside the furnace you pour firewood, small chips, set fire to them and wait a few minutes until one of the sides of the thermocouple is heated. In parallel, you can boil water on the grill. To recharge the phone, you need the difference between the temperatures of different sides to be about 100aboutC. If the cooling part (radiator) is heated, it will need to be cooled - carefully pour water, put a mug of liquid, ice, etc. on it. It is better to mount the radiator so that its fins are located vertically, this improves the heat transfer to the air.

And here is a video that clearly shows how a home-made wood-burning electric generator works:

Generation of electricity from fire

You can also install a fan from the computer on the cold side of the device, which will slightly change its design. Let's look at this option in more detail: 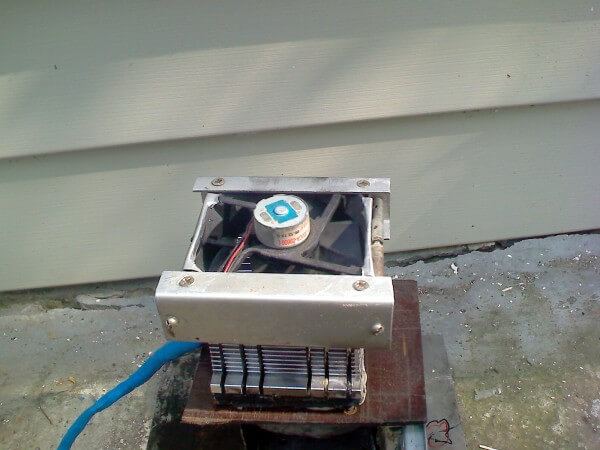 In this case, the cooler will spend a small fraction of the power of the generator set, but in the end the system will work with higher efficiency. In addition to telephone charging, the Peltier module can be used as a source of electricity for a flashlight, which is an equally useful option for using a generator. Another feature of this design is the ability to adjust the height above the fire. For this, the author uses the part from the CD-ROM (one of the photos clearly shows how you can make the structure yourself). 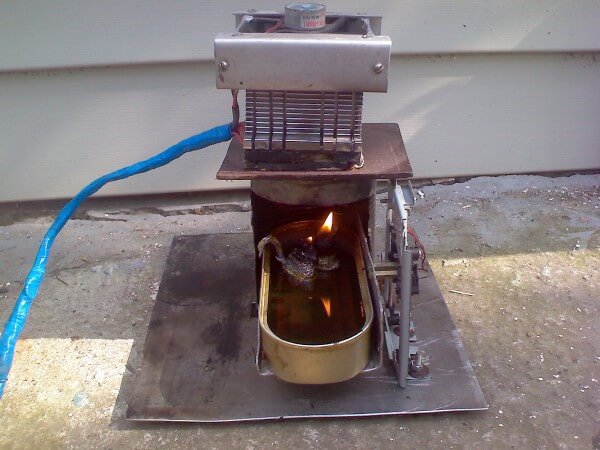 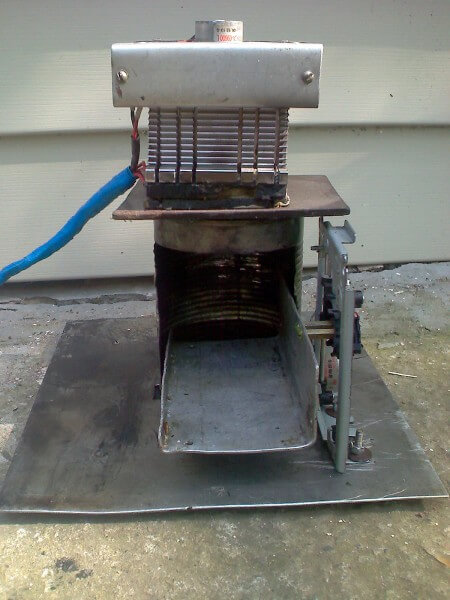 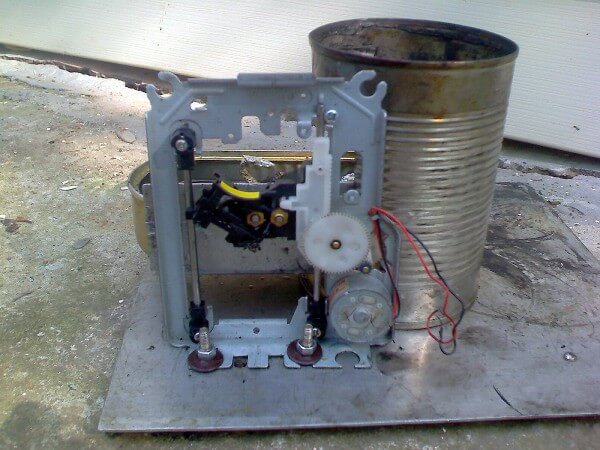 If you make a thermoelectric generator with your own hands by this method, you can have up to 8 volts of voltage at the output, therefore, to recharge the phone, you need to connect a step-down converter that will make the output stable 5 V.

Well, the last option of a home-made source of electricity for the house can be represented by such a scheme: an element between two aluminum "bricks", a copper tube (water cooling) and a burner. As a result - an efficient generator that allows you to get free electricity at home! For example, when cooling a burner when no one is using it. Or very often people use the stove to heat, so part of this energy can go to charge your gadget. 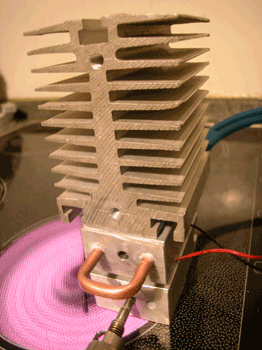 The original idea is hot water as a heat source.
Second experiment with water

So we provided three simple options for a home-made device, which can be assembled from improvised means. Now you know how to make a thermoelectric generator with your own hands, on what the principle of operation of the Peltier element is based, and why it can be used!

The original idea is hot water as a heat source.
Generation of electricity from fire
Second experiment with water
Posted: 16.05.2015 Updated: 05.09.2019 7 comments