What still beats: current or voltage?

At an early age, many of us were convinced from our own experience or learned from eyewitnesses that if you plug the iron into a power outlet and try to cut the power cord, you will definitely experience a painful blow. So an electric current acts on the body. At school, they write over sockets: “220 V, it will be dangerous, it will kill!”. At substations, in transformer booths and in other high-voltage installations, warning signs are posted: “Danger to life, high voltage!”. So what exactly is a danger to humans and why? What hits: current or voltage? To begin with, we will understand these concepts.

Any substance consists of atoms having a positive nucleus and negatively charged electrons.

If, under the influence of external forces, a certain number of electrons is taken away from the atoms, then the resulting positive field will tend to return new negative particles to their place.

If electrons are not taken away but added, then the field will have a negative charge. This creates positive and negative potentials. In the interaction between them there is an attractive force. The larger the potential difference, the stronger the field and high voltage is formed. 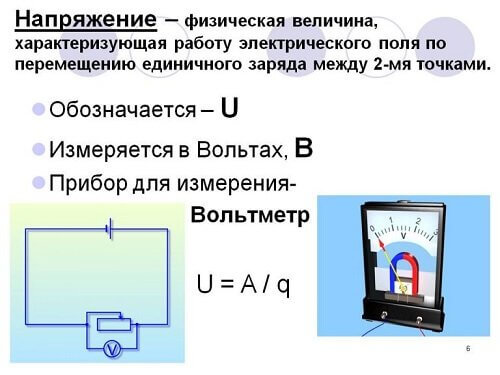 How does the current arise

If using a conductor to connect the potentials of opposite charges, then there will be a directed movement of charged particles the so-called electricityseeking to eliminate the potential difference. 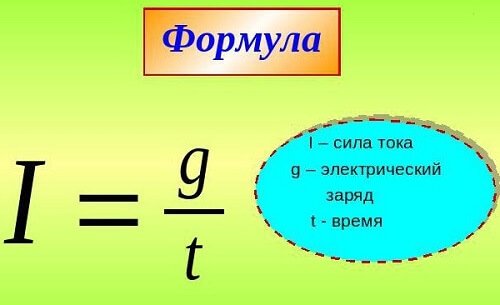 It is the directional movement of charged particles that makes our electrical appliances perform a useful action: to shine, wash, warm, drill and so on. The larger the potential difference, the higher the current strength. If the circuit is opened, the current will not flow, no matter how high the voltage would be.

Effects on the body

The human body, being a conductor, can short circuit an electric circuit. Then a current will flow through the body, the strength of which is determined by the formula:

At this moment, the body is damaged. 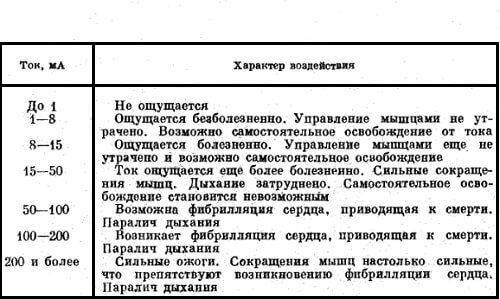 The table shows which current is considered dangerous for humans:

Shock occurs at voltages up to 1000 volts. Above this value, the lesion takes the form of burns.

Even without direct contact with high voltage equipment, a person can be fatally injured. So, when staying in dangerously close to a high-voltage installation, between the body and the conductive parts electric arcaccompanied by:

The consequences of an arc discharge cause a burn injury to a person that is incompatible with life.

For the operation of protective automation requires scanty time. But, when an arc occurs, a huge amount of energy is released, which kills a person in such a short time.

Factors affecting the degree of damage

DC shock is dangerous. But you can get rid of its effects without the help of outsiders at values ​​from 20 to 25 mA.

Dangerous effects on the body of alternating current with a frequency of 50 - 500 Hz. A person can independently get rid of his influence only at very low values, ranging from 9 to 10 mA.

If the voltage applied to the body increases, the body's resistance decreases disproportionately. The same thing happens with an increase in the duration of exposure to electricity, as well as with a poor physical and mental condition of a person.

The graph shows that if the voltage increases from 0 to 140 volts, the resistance of the body drops from 10,000 to 800 ohms. This nonlinear dependence is reflected in the first curve. The second curve shows that the current passing through the human body increases with increasing voltage.

How severe an electric shock will be depends on the time it is exposed to the body. If the effect lasts several seconds, the resistance of the body decreases, respectively, the current increases, which leads to serious consequences. If the exposure time is less than a tenth of a second, then the likelihood of cardiac fibrillation is reduced, and the likelihood of saving life increases.

From the table it follows that, for a favorable outcome, the duration of exposure to 65 mA at rated 65 V should not exceed 1 second.

The mechanism of the effect of electricity on the human body is complex. It happened when in high-voltage installations a short blow of several amperes did not lead to death. Whereas a voltage of 12-36 V and a current of several milliamps were fatal to humans. The reason is a lesion caused by touching the conductors of the most vulnerable part of the body: neck, cheek, shoulder, back of the hand.

So what kills: current or voltage?

It turns out a pun - it kills the current, but without voltage the current will not flow. Be careful, do not check the veracity of the inscription "high voltage". And then you are not afraid of any blow, including an electric one.

We also recommend watching a video where the author clearly illustrates the topic of this article: