What is grounding and what is it for?

Zeroing, used in electric networks, is divided into working and protective. If working grounding, according to clause 1.7.33 of the PUE (see Chapter 1.7), is made by means of a working conductor N and is in electrical connection with elements of the power supply network, such as a grounded neutral of a generator or transformer (three-phase network), with a grounded output of the source (single-phase DC network), with a grounded source point (single-phase DC network), then protective grounding is performed by means of the protective conductor PE and is in electrical communication with the same elements of the electrical network as the working grounding. Working grounding is intended to ensure the process of power supply, and protective performs the functions of electrical safety (paragraph 1.7.34 of the EMP) or "protective ground". In various cases, either protective earth or protective ground can be used to protect against electric current. So, for example, the latter is used to protect against the action of an electric current when indirectly touched (clause 1.7.51 of the PUE). In this article, we will take a closer look at what grounding is, what it is for, and how it works.
Content: 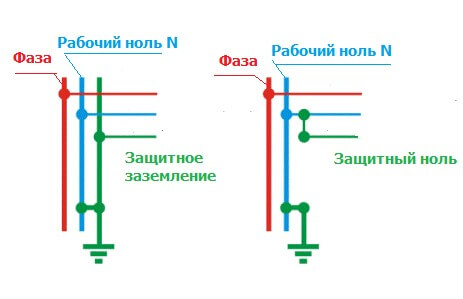 As mentioned above, when a phase gets on the device body, which is made of metal and connected to the protective conductor, a short circuit occurs. The magnitude of the short circuit current is several times greater than the nominal current. Under its influence, protection devices are triggered. As a result, the electrical lines connected through the protective device are disconnected.

The diagram below repeats the previously stated principle of operation and the use of a protective grounding system. 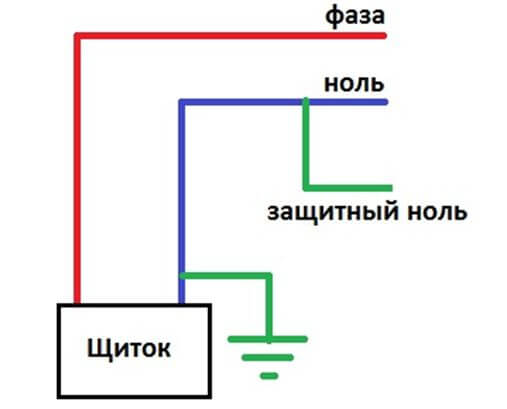 The purpose of such a device is to quickly disconnect faulty electrical equipment from power, thereby neutralizing the damaging effect of electric current when a person touches a faulty device.

The operation scheme of the grounding system in case of insulation breakdown is shown below: 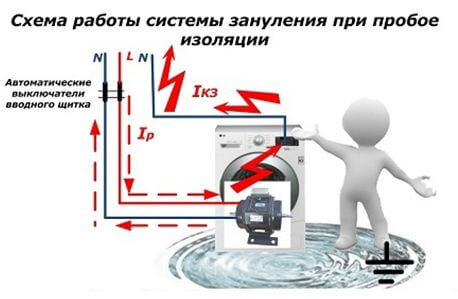 Discover, what is the difference between grounding and groundingYou can from our article!

Protective grounding is used in three-phase AC networks and single-phase AC and DC networks, the voltage level of which is up to 1000 V.

If the network is single-phase alternating current, then protective grounding is applied provided that the network outlet is grounded.

If the network is single-phase direct current, then protective grounding is used if the midpoint of the source of electrical energy is grounded.

According to clause 1.7.131 of the PUE, the functionality of the zero protective and zero working conductors can be combined, provided that they are used in multiphase circuits in the TN system and are laid stationary. In this case, the requirements for ensuring the cross-sectional area of ​​the conductors made of different materials must be observed. The conductors of copper cables must have a cross-sectional area of ​​at least 10 mm2, veins of aluminum cables - not less than 16 mm2.

Clause 1.7.132 PUE prohibits combining the functionality of zero protective and zero working conductors in single-phase and direct current circuits. For protective grounding, a separate third conductor is used - the exception is the branch from the overhead line with a voltage of up to 1 kV to single-phase electricity consumers.

Protective grounding is used as protection against electric shock during the operation of electrical equipment for various purposes - domestic, industrial. 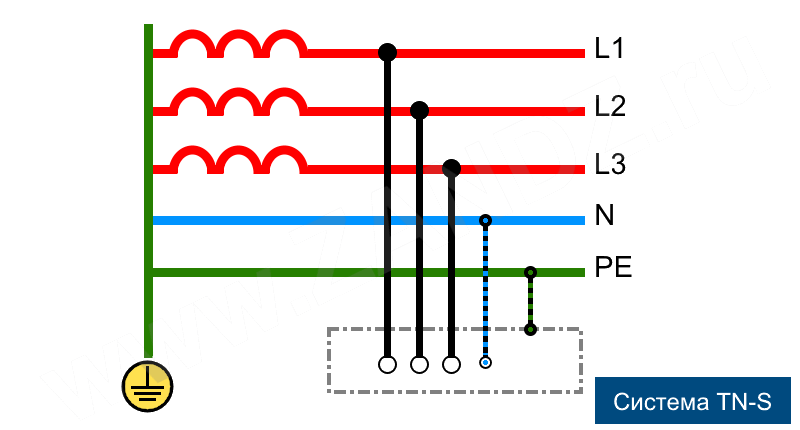 If grounding is applied in the system TN-C, then the scheme will look as follows: 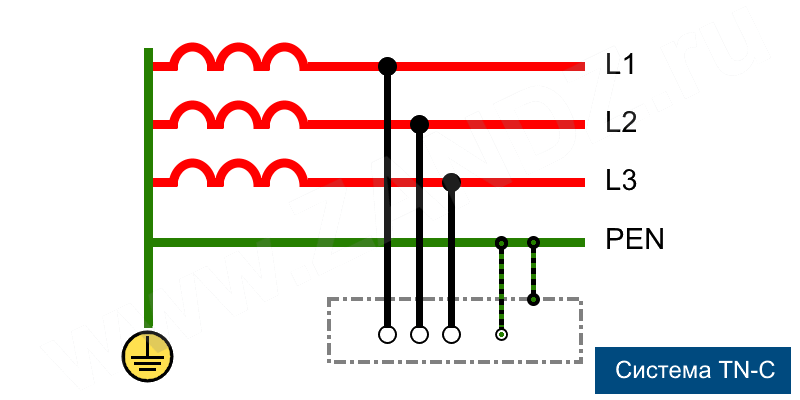 In this case, the zero working and zero protective conductors are combined in one PEN conductor.

And in this three-phase network, the neutral protective conductor PE is separated from the PEN conductor at the input to the electrical installation: 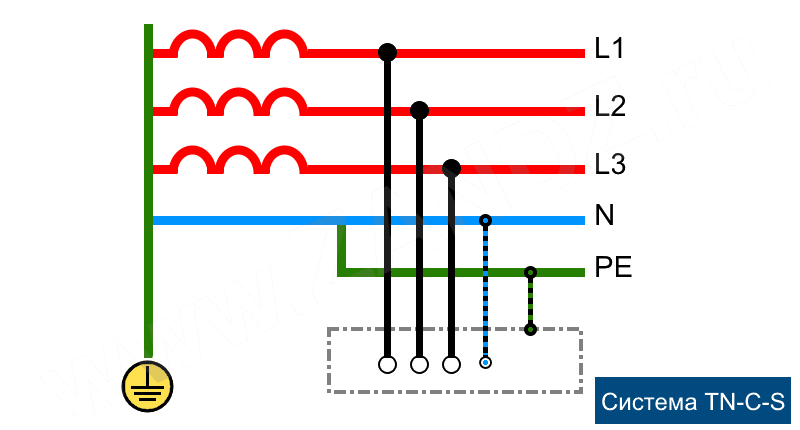 In a DC system, the midpoint of the source is grounded - Figure below: 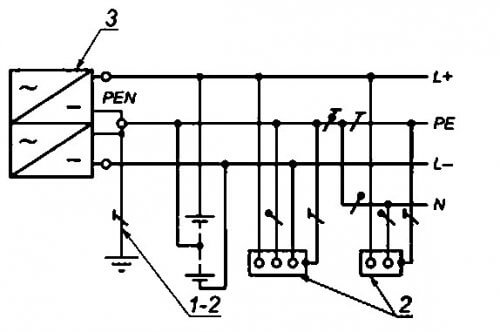 So we examined the device, the principle of operation and the purpose of protective grounding. We hope you now understand how this system works and why it is needed.