What is zero sequence current protection

The most common malfunction in a three-phase network is an earth fault. Interphase faults are less common. In 110 kV networks, from zero-phase earth faults, zero-sequence current protection is used, abbreviated as TZNP. In this article we will consider its structure, principle of operation and purpose.
Content:

What is a zero sequence

Interesting! The main ideas and provisions of three-phase power supply networks were developed by Mikhail Osipovich Dolivo-Dobrovolsky. He developed a three-phase asynchronous motor with a short-circuit squirrel cage rotor, with a phase rotor and a starting rheostat, a spark arrester, a phase meter, an arrow frequency counter.

If you depict this on a vector diagram, the image will resemble a three-beam star. Provided that the currents and voltages between the phases are equal, such a system will be called symmetric. The geometric sum of these vectors is zero. 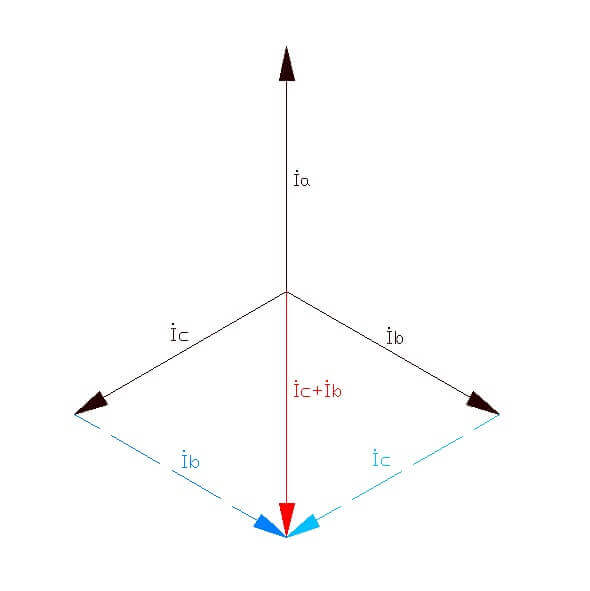 Important! Distinguish between forward and reverse sequence phase rotation. Phases are denoted by the letters A, B, and C. Then the sequence A B C is direct, C B A is the inverse. In this case, the phase angle in both cases is 120 degrees. With a zero sequence, the vectors of all phases are directed in one direction, respectively, the resulting vector significantly exceeds that (3 times, compared with the zero sequence) in the normal state of the system.

In the case of an interphase circuit, the currents in all phases increase, the system will still remain symmetrical. And the voltages and currents of the zero sequence are zero, as in the normal state of the circuit.

As a result of a single-phase earth fault, the system will become asymmetric and zero sequence currents I0 and U0 will be observed. Suppose phase C is closed, then the currents of phases A and B tend to zero, and in phase C to a third of Ikz.

Hence Ik = I0 * 3. These currents occur under the influence of a short-circuit voltage or Uк0 between the output of the transformer or generator winding and the point at which the short circuit occurred.

The theoretical part without preliminary preparation is perceived rather difficult, therefore, we will move on to practice and answer the question of where the TSNP is applied. 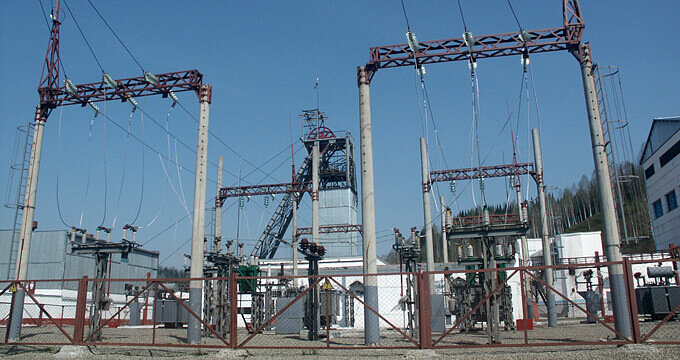 Important! Since TZNP protects against short-circuit to the ground, it is sometimes called earthen protection (ZZ).

The principle of operation of the safety switch is to disconnect the switching equipment in the case of single-phase faults with a certain time delay. Time delay needed for organization selectivity of protection at different transformer substations.

An example of a zero sequence current protection circuit is shown in the figure below: 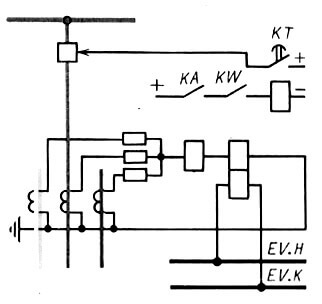 One of the main conditions for the correct operation of the TSNP is that the CTs have the same magnetization curves. This means that they must not only be the same in terms of input and output characteristics, but also be of the same brand. In addition, it is worth noting that the errors of their output parameters should not be more than 10 percent. You see them in the picture below.

To get the currents derived from the balance of the system, the signal is passed through a filter. In a real application, they connect transformer windings to each other. This is called a zero sequence current filter.

In the normal state of the power supply network, the zero sequence currents are zero, respectively, the I outputs of the filter of the CTLP are also zero. In emergency mode, during short circuit, the output current is non-zero. The remaining parts of the protection factor are configured in such a way as to exclude false positives for a certain short-circuit current.

If previously the zero sequence current protection was a relay circuit, then microprocessor terminals for protective circuits are currently available. That is, modern TZNP can be performed on microcontroller circuits.

The considered system is used as backup protection. Due to its properties, selectivity of operation can be achieved, where the REE of each subsequent TP is faster than on the previous one. Protection is needed to minimize further damage to power lines, transformers, generators, as well as to protect the environment and people who might get into the danger zone.

Finally, we recommend watching a useful video on the topic of the article:

Now you know what the zero sequence current protection is, how it works and what it is for. If you have any questions, be sure to ask them in the comments under the article!