What is a surge protector and what is it for?

In simple terms, the surge protector is such a tee with a switch, it is often used to connect a computer to the mains. This device can be found on the shelves of electrical goods stores, as well as already plugged into an outlet in apartments and houses. But why do we need a surge protector and what is special about it? We will talk about this further.
Content:

Purpose of the surge protector

It is known that you have an AC network with a voltage of 220 volts in your outlet. “Alternating voltage (current)” means that its magnitude and / or sign is unstable, but changes over time according to a certain law. 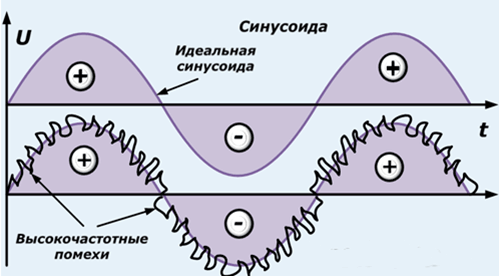 The nature of the generating electrical machines (generators) is such that a sinusoidal emf is generated at the output terminals. However, everything would be fine if all the devices had a resistive nature, there were no starting currents, and did not have pulse converters in their composition. Unfortunately, this does not happen, because most devices are inductive, capacitive in nature, brush motors, pulsed secondary power sources. All this intricate set of words are the main culprits of electromagnetic interference. 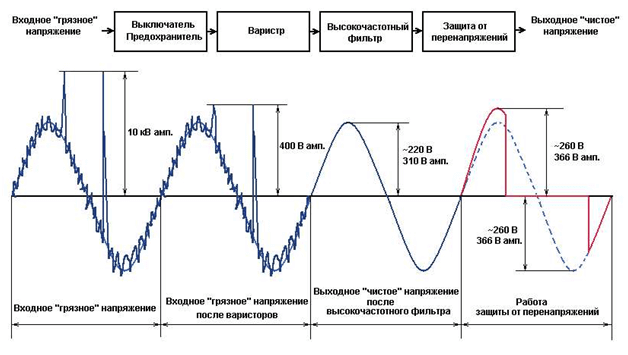 We started the article with a talk about electromagnetic interference for a reason. These interferences “spoil” the even shape of the sine wave. So-called harmonics are formed. If we expand the real signal from the outlet in the form of a Fourier series, we will see that the sine wave was supplemented with various functions, of different frequency and amplitude. The form of voltage in a real outlet has become far from ideal.

So what is the result? Poor power supply is a problem for radio transmitting devices. Simply your TV or radio will work with interference. In addition to interference from consumers, there are random interference in the network, which we cannot predict. These are bursts voltage drops from power outages, the inclusion of a powerful load, etc.

The surge protector is needed in order to:

How the surge protector works

The filtering of unnecessary signal components is carried out, oddly enough, by special filters, they are collected from inductors (L) and capacitors (C). High voltage spikes are limited by varistors. This works thanks to such electrical engineering concepts - time constant and switching laws, reactance.

The time constant is the time during which a capacitor charges or inductance accumulates energy. Depends on the filter elements (R, L and C). The reactance is the resistance of the elements, which depends on the frequency of the signal, as well as on their nominal value. Present in inductors and capacitors. It is caused only by the transfer of AC energy to an electric or magnetic field. 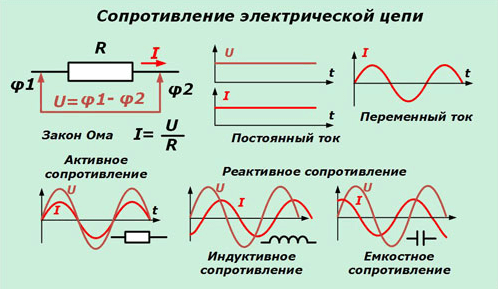 In simple words - with the help of reactance it is possible to reduce, limit the high-frequency harmonics of our sinusoid. It is known that a 50 Hz power frequency is available at a power outlet. So you need to count the filter on frequencies an order of magnitude higher and more. In the inductance, the resistance increases with increasing frequency, in the capacitor, it decreases. That is, the principle of operation of the network filter is to suppress the high-frequency components of the network sinusoid, while having a minimal effect on the main 50 Hz component.

The insides of an expensive and high-quality filter, pay attention to the capacitor bank on the right and the dimensions of the throttle in the center: 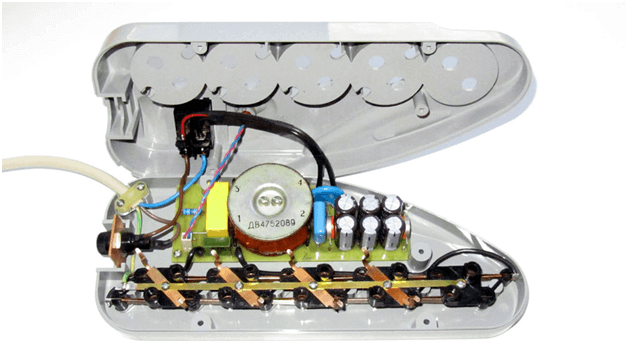 Let's go in order - a filter. The design of such an element is an LC filter. The zero and phase wires from the outlet will connect to the inductor (each to its own), and between them 1 or more capacitors. Typical values ​​of parts:

A varistor is a semiconductor element with a nonlinear CVC. Upon reaching a certain voltage applied to it, it protects the load by short-circuiting the input power circuits, taking a “blow” on itself. It is necessary in order to preserve your equipment from "poor nutrition". The most commonly used varistor is 470 volts. The principle of operation of such protection is obvious - during power surges the power circuits of the protected load are shunted by a varistor.

The contents of a cheap filter, there is no inductor at all - its efficiency is minimal, but there is still a varistor (blue in the center of the frame), and it will save from power surges:

Why do we need a toggle switch, if everything can work without it? Just so that you do not pull the plug from the outlet every time, because, most often, stationary equipment is connected through the surge protector. This will reduce wear on the contact plates of the outlet.

Schematic diagram of the surge protector:

The fact is that in high-quality power supplies it must be installed directly on the board, and even more so on high-power PSUs, such as computer ones. But, unfortunately, your chargers for a smartphone, PSU from a laptop, electronic ballasts of fluorescent and LED lamps most often do not have them in their composition. This is due to the fact that Chinese manufacturers simplify the circuitry of their devices to reduce their cost. It often happens that there are places on the board for parts whose purpose is to filter out noise, but they simply are not soldered and there are jumpers instead. Computer blocks are a separate issue, almost everyone has one circuit, but the execution is different, and there is no filter in the cheapest models.

You can reduce the interference of your TV or other device that you want to protect and improve the power supply properties by supplementing a conventional extension cord with such a filter. You can assemble it yourself or extract it from a good, but unnecessary or faulty PSU.

The surge protector is a simple but useful device that will improve the quality of the power supply of your devices and reduce the harm caused to its frequency by the operation of pulse PSUs, and the scope is wide enough - use it for any modern equipment. Its device allows you to repeat the scheme even to a novice radio amateur, and repair will not be difficult. The use of a surge protector is highly desirable for consumers of any kind.