What is overcurrent protection and what is its purpose

An important part of electrical circuits is to ensure reliable power off during abnormal operating conditions or during overload. These systems include relay protection (REE). They include a range of diverse circuits that respond to various deviations from normal conditions, for example, interphase or earth faults, increased power consumption, etc. This article will discuss one of the methods of protection against power line overload. Find out what overcurrent protection is, why it is needed and how it differs from current cutoff.
Content:

The principle of operation is the actuation of the current sensor (relay) when exceeding the I setting on the protected sections of the line, and then to ensure selectivity with a certain delay, the time relay trips. 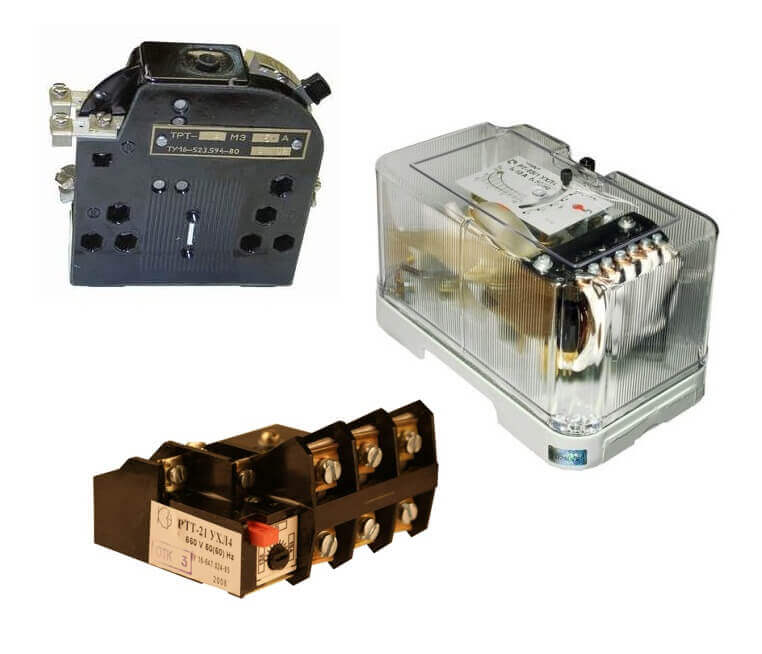 Where does it apply? The maximum current protection is installed at the beginning of the line, that is, from the side of the generator or transformer of the power substation.

Important! The MTZ coverage area lies between the power source (TP or generator) and the consumer (TP or other explosive equipment). At the same time, it is set by the source, not the consumer. But the range of steps can overlap with each other. For example, stage 1 often overlaps the coverage area of ​​the second stage near the disconnector, where Ikz are almost equal to the previous section of the line.

The protection response time delay is selected so that the first stage (on the supply TP) operates after the largest period of time, and each subsequent one is faster than the previous one.

Interesting: the difference in the response time delay at the nearest MTZ from the next MTZ after it is called the selectivity level.

Ensuring selectivity is important for the uninterrupted supply of power over as many electrical lines as possible. With its help, the disconnected part is reduced and localized in the area between the switching devices as close as possible to the damaged area. 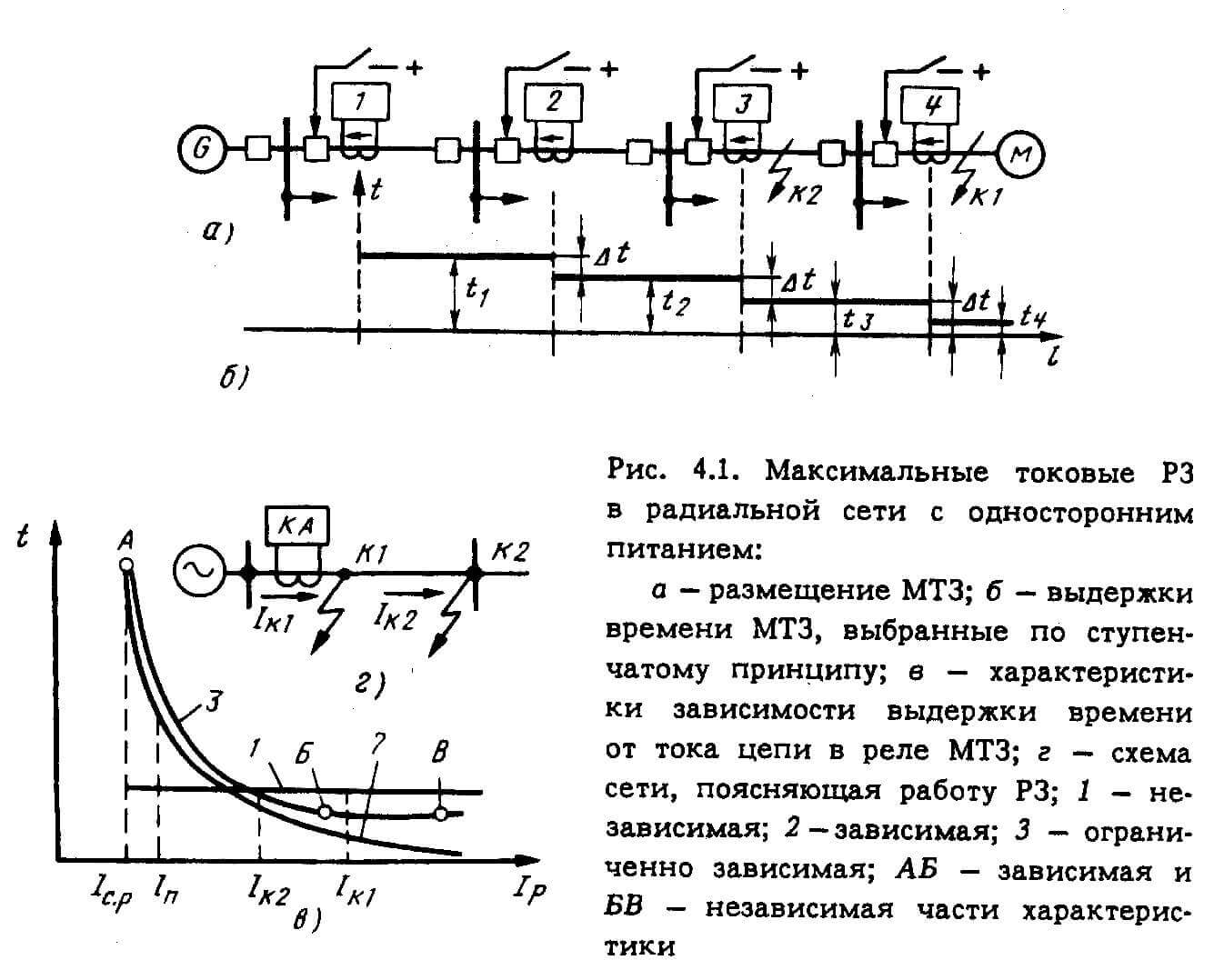 At the same time, in the event of short-term self-eliminating overloads associated with the start-up of powerful electric motors, a time delay and shutdown at the minimum voltage should ensure the supply of electricity to the network without shutting it down. At KZ, the voltage decreases sharply, and when starting the engines such a drawdown usually does not occur.

The selection of the current settings takes place at the lowest Ikz of the entire circuit, taking into account the features of the connected equipment. This is again necessary so that the maximum current protection does not work during self-starting of electric motors.

Overload There may be three reasons:

So, maximum current protection is necessary to prevent the destruction of power lines, cable and bus conductors at substations and power consumers, such as powerful 6 or 10 kV electric motors and other electrical installations.

Line protection against short circuits is also carried out using current cutoff. The principle of its operation is similar - power outage when the line is overloaded. The main difference is that the selectivity of the maximum current protection is ensured by a time delay, and the current cutoff disconnects the voltage almost instantly when a short circuit occurs. In this case, the response time and selectivity of the cutoff is determined by the ratings and settings of the protective devices and their time-current characteristics.

In more detail the question is considered on video:

Types of MTZ and schemes

The main types of maximum current protection include:

According to the nature of the current in operational circuits, MTZ is distinguished:

By the number of relays, maximum current protection based on:

Modern protections often evade the use of relay circuits because of the features of their reliability. Therefore, MTZ are used on operational amplifiers, a microprocessor and other semiconductor technology.

Modern solutions allow you to more accurately set the current settings and time-current characteristics of the protection.

We briefly examined the purpose, scope and principle of operation of the maximum current protection (MTZ) and its difference with the current cutoff. Each scheme has its own advantages and disadvantages. For example, the advantage of MTZ is that it does not turn off the voltage when restarting the engines after a power failure, but its delay can be fatal for an overhead line or another type of line. In this case, the latter can be compensated either by current cutoff, or by a MTZ variant with a dependent time delay.In any case, the uninterrupted operation of the electric network is ensured by a combination of REE systems, including:

We have already considered some of them in articles earlier.

Now you know what overcurrent protection is, how it works and works. We hope that the provided diagrams and description helped you figure this out!