What is a natural ground electrode and what is it for?

In electrical installations, when implementing protective measures, a natural ground electrode system is used. Steel reinforcement, which is part of reinforced concrete structures, may play its role. In addition to this, as a natural grounding, various communications made of metal, which are located underground, are also used. For example, it can be pipelines or cable insulation. There are times when communications that are located above the ground are used, for example, rails.
Content:

A natural-type earthing switch is used only when it fully meets the device requirements grounding.

These requirements are established by clause 1.7.54 of the PUE, according to which, when using natural grounding conductors, the resistance of grounding devices or touch voltages must have acceptable values, and the normalized voltage values ​​and permissible current densities should not be exceeded on the grounding device. In this case, it is not necessary to use artificial earth conductors in electrical installations up to 1 kV. It should be remembered that when using natural grounding conductors as elements of grounding devices, they should not be damaged by short circuit currents or disruption of the devices with which they are connected. 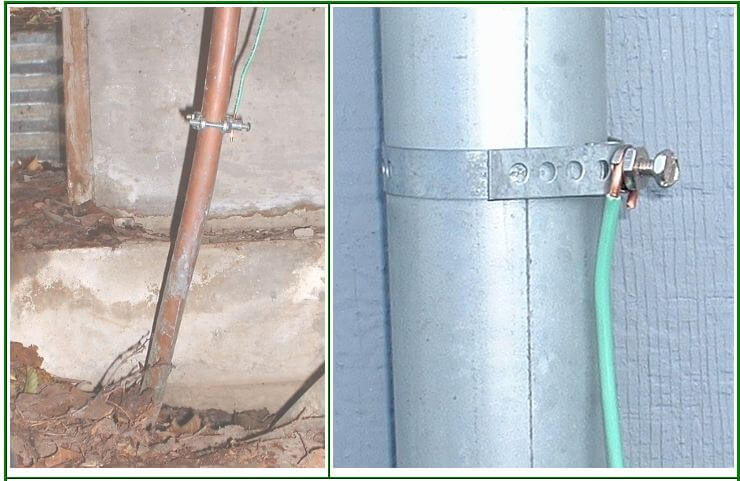 Based on this, we can conclude that in most cases natural grounding conductors are used, while artificial ones are not used. Thanks to this design, you can save more on the materials that are used to create the ground loop. In addition, installation efforts, financial costs will be reduced, and the use of the device will be easier.

Connection of elements in the structure

It does not matter what the structural parts are made of, metal or reinforced concrete, the main thing is that they must be connected in such a way that an electrical circuit is formed in these parts that passes through the metal itself. If the structure is reinforced concrete, then it is necessary to additionally prepare embedded parts in it. Their presence should be on each floor of the property.

Thanks to these embedded parts in the device, you can connect electrical or technological equipment that should be grounded. If in buildings there are connections in the form of bolts, rivets or welding, then they will be enough to mount a permanent electrical circuit. If there are no such joints, then flexible jumpers can be used that are welded to the structural elements. The cross section of the jumpers should be from one hundred square millimeters.

What can not be used from reinforced concrete structures as grounding conductors? If the precast foundation is made of reinforced concrete, it is better not to connect a natural ground electrode to it.If possible, it is better to first connect among themselves the reinforcement of nearby blocks, and only then proceed with the manufacture of natural grounding. If such a connection is not possible, then it is best to make an artificial ground loop. 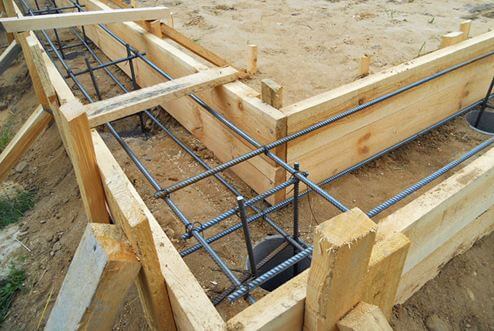 Reinforced concrete structures are interconnected as follows: if the building foundation is made of piles, then the reinforcement of the piles is connected to the foundation blocks or to the grill reinforcement using electric arc welding. But such welding is not suitable for spatial columns and metal frames. In this case, spot welding is used.

A natural ground electrode in the form of a reinforced concrete foundation is used only when the soil on which the building is located has a moisture content of three percent. If humidity is less, then the foundation of the structure will have a very large electrical resistance, and as a result will not act as a grounding device.

Also, the reinforced concrete foundation is used as a ground electrode even when any aggressive environment will affect it. For example, it may be groundwater, which does not have significant indicators of hardness. In addition, such a foundation can act as a natural ground loop if there is no waterproofing or its surface will be protected as much as possible, according to SNiP and PUE, with a bitumen coating.

The reinforced concrete foundation does not connect to the grounding conductor if it is located in an aggressive environment, because this can lead to additional corrosion. It is also not recommended to use a concrete base if prestressed reinforcement exists in the structure itself.

If you look at all the limitations and permissions voiced above, we can conclude that such a structure is completely unsuitable for artificial grounding. Due to this, when installing a working ground there is an opportunity to save on conductors. After all, they will be located in the building, respectively, their length will be less, and this will save materials and money.

I would also like to note that a natural grounding conductor can be not only one of those listed above. There are many more options. For example, according to the PUE p. 1.7.109 (see Chapter 1.7) in its role can be a steel pipeline (only one in which any non-combustible liquid flows, as described in paragraph 1.7.110 of the same PUE) or a casing that is used in artesian wells.

A list of all materials that can be used for natural grounding, and which are not, is provided below:

If, nevertheless, for the safety and protection of a residential or office building, it was decided to use exclusively natural grounding, then the following important factor must be taken into account: the electric current passing through the electric grounded wire should not exceed the permissible value of each individual element that is part of grounding device.

That's all we wanted to tell you about what a natural ground electrode is and what materials can be used to organize such an option for a protective circuit. We hope the information provided was useful to you!