“A craftsman and a needlewoman bring joy to themselves and people.” You don’t know what else to do in the yard if everything has already been redone and your hands itch? We can suggest an idea. Gates that themselves open and close automatically. Comfort lovers have long appreciated the very idea of ​​remote control of the gates, and other motorists envy them, especially at a time when heavy rain is falling on the street. It is clear that most people have to open the gate leaves on their own, but doing it in bad weather is an extremely unpleasant task, besides, not everyone wants to plop in wet clothes on the seat and dirty it. Below we will tell you how to make automatic gates for a garage or a fence with your own hands, providing detailed instructions with photos and video examples.

What are the mechanisms

Nowadays, there are several types of street gates:

Swing is a classic look. The gate consists of two wings, fastened on hinges to a vertical base, a deep and firmly mounted steel frame. For manual or automatic opening of the wings, you definitely need a space in front of them. 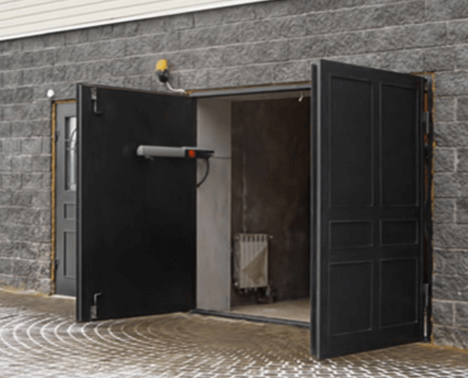 If you want to make automatic swing gates for your own home, we recommend watching this video:

Retractable on rollers, usually one leaf, technically uncomplicated design, since the weight of the gate is distributed on the rollers, and additional reinforced guides are installed to withstand the wind and lateral loads. Such mechanisms have some operational features, but at the same time it’s quite simple to do the mechanical part for them with their own hands. 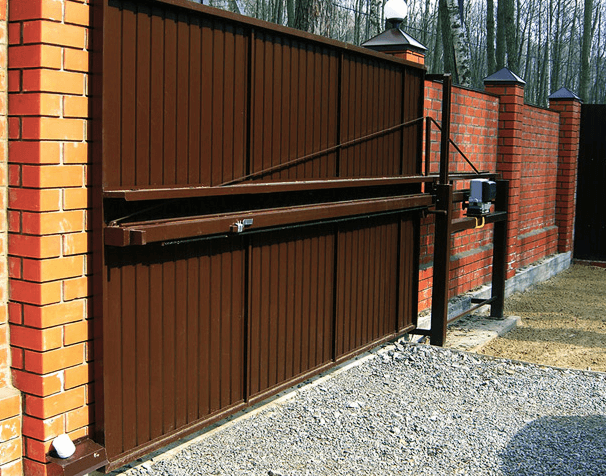 If you are interested in this option of automatic gates for the fence, we recommend that you watch this video review:

Roller-type garage doors are a set of rails made of metal and plastic, interlocked by a movable lock, placed in guide grooves and connected in one single structure. Moving along the metal guides, the segments bend, settling under the ceiling and freeing the entrance to the garage. 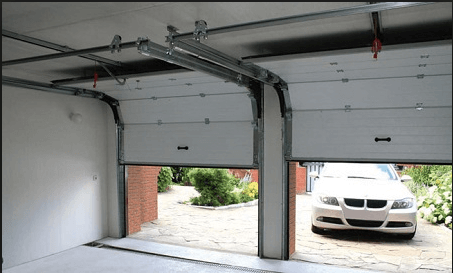 Garage doors of the lifting-rotary type perform a complex maneuver, going up and freeing the way. The automatic lifting mechanism for them is difficult to install and operate, so we will not consider it in this article.

The swing gate opening mechanism is a set of two motors and an automation system that monitors the position of the wings and the sequence of their opening / closing, and also catches and recognizes commands from the remote control.A leaf with an overlay profile-groove should start moving first, when the gate is automatically opened and stop moving last when closing, in order to avoid jamming and damage to the shutters. Also, the movement should stop at the extreme points of the position of the wings. The power of motors directly depends on the weight of the valves and their smoothness - the heavier, the more powerful the engine and gearbox are needed to control them. It is also worth considering the area of ​​the canvas, the effect of wind on them. On a windy day, it is much harder for motors to move the gates. It is better to foresee and make an emergency opening of the street gate, in the event of a breakdown or lack of electricity, in manual mode.

Both in factory and in home-made drives, they mainly use an actuator or linear drive, which is shown in the photo below: 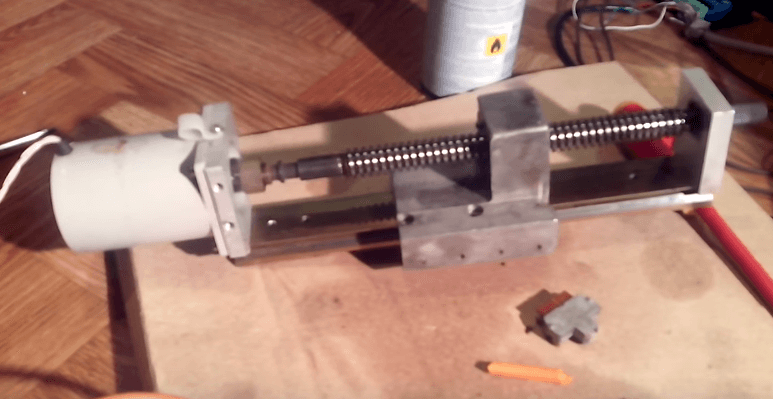 It is a threaded rod that is connected to the engine and rotates on bearings. Due to the rotation of the pin, the counterpart, the coupling, is screwed onto the thread, thereby moving along the pin. Still this design of the drive is sometimes called worm gear.

The reduction coefficient depends on the thread pitch, the smaller the pitch, the greater the force can be transmitted by the actuator, however, the speed in this case decreases. As an electric motor, you can use a motor gearbox for car wipers or power windows.

The mechanism of automatic sliding gates is quite simple to implement. One engine, one gearbox. The linear motion transmission can be on a rack with teeth, or through a motorcycle chain. Automation monitors the extreme positions of the sash, closed or open. The main highlight is the rigid design of the sash and the system of rollers that hold this structure during closing and opening. It also provides resistance to lateral load during wind. The main task is to make the balanced sash easily and effortlessly move along the rollers and guides. During the development of the gate, emergency opening must be provided in the event of a breakdown or power outage. As an email It’s also possible to drive a motor from a power window or wipers. 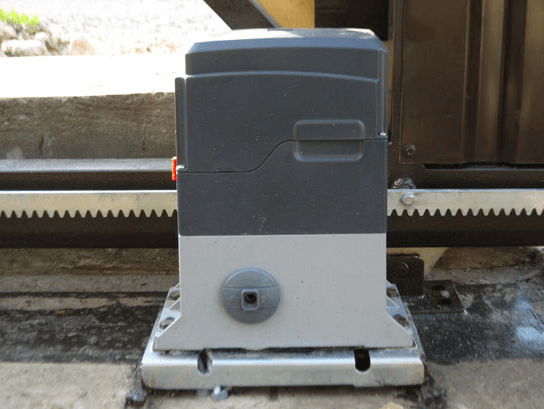 Garage automatic doors, in turn, are also divided into roller shutters (they can also be called sectional) and up-and-over doors. This type is problematic to do on their own due to the complexity of production technology. Their plus is that the manufacturing takes place on an individual order in the workshop, and installation is carried out as a unit, so it does not take much time. 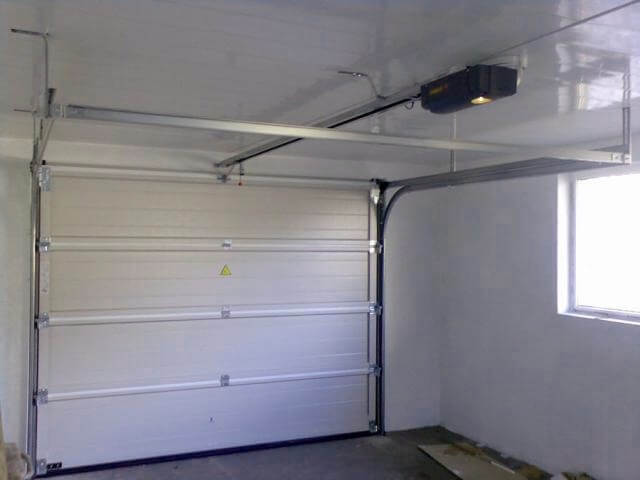 Now on the market there is a wide range of mechanisms and elements in order to make automatic gates with remote opening and closing by remote control. 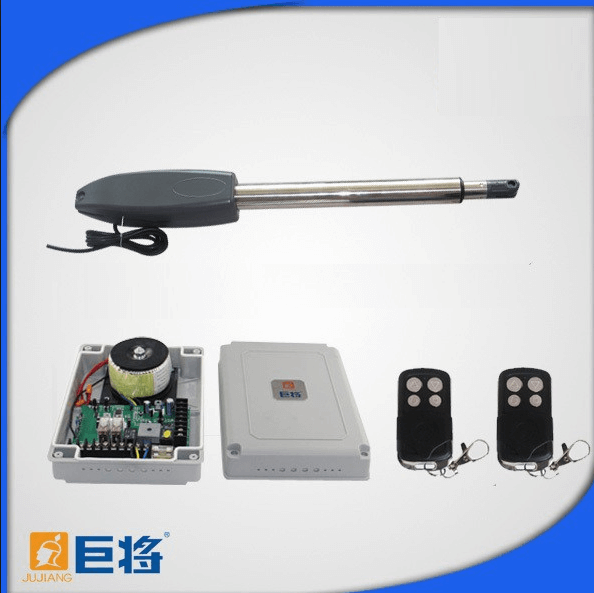 In our article, we tried to acquaint readers with the existing types of mechanisms and suggest an idea for self-assembly or the selection of a suitable option for automatic gates for a country house, indicating the points to which you need to pay closer attention, namely:

We hope that now you know how to make automatic gates with your own hands and what their mechanism should consist of. If you liked the material, why not share it with your friends on the social network?