5 ways to charge the battery at home

Often we miss good shots in the forest or at sea, we can be late or stumble in the dark, because suddenly a simple battery from a camera, watch or flashlight has run out. It is difficult to say exactly when the charge will be used up, except that this is not a Duracell model with an indicator. But do not despair! Thanks to a few tips, you can avoid unpredictable situations and take planned photos with a digital camera, find out the exact time, light the road, etc. In this article, we will tell you how to charge batteries at home without a charger, which will greatly facilitate life in unpredictable situations.

Know that to charge alkaline batteries you can use a special charger that can relatively quickly recover a discharged object. But each session of the charge will reduce its life by about 1/3. In addition, leakage is possible. 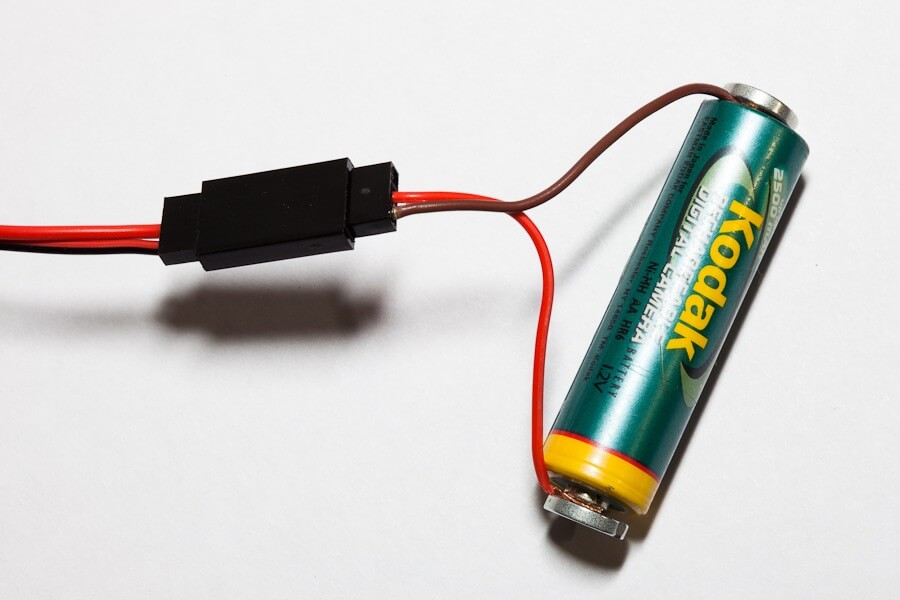 Note! At home, you can charge: alkaline (alkaline) finger batteries. It is impossible: salt. The possibility of leakage or even explosion is not excluded!

Charging can be carried out by various methods. Therefore, do not throw out the element as soon as it has ceased to serve. A few recommendations - and he is back in service. The first method, using which you can independently charge finger batteries without a charger. We connect the power supply to the network. Next, using the wires for the connection, we connect the used battery to the unit. Do not forget about the polarity: the plus is connected to the plus, and the minus is connected to the minus. It’s quite simple to find where the discharged object “- \ +” is: they are marked on the case. 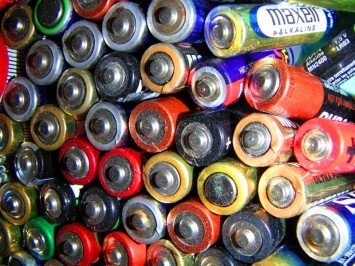 By connecting the battery to the power source, we wait until it heats up to fifty degrees, and turn off the power. Next, we expect a few minutes for the heated object to cool. Otherwise, it may explode. Then, while AA is still warm, it needs to be charged in a different way. It consists in the following: we connect the power supply to electricity and disconnect. It takes about 120 seconds to do this. Next, we place the object for charging in the “freezer” for 10 minutes, then we take it out and wait 2-3 minutes for it to warm up. Everything, the charge is restored right at home without a charger! You can safely use it for the same computer mouse. 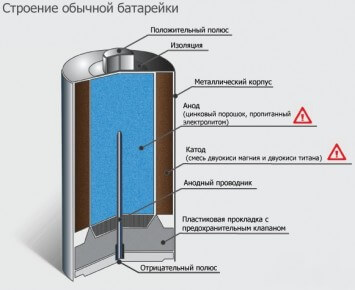 Another charging method is the conventional heating method. But it is fraught with consequences (explosion). In this way, again, small alkaline batteries can be restored at home.You can also charge them in a simpler way - place the discharged objects in hot water, but not more than 20 seconds, otherwise sad results are possible. Another simple way is to flatten or reduce the volume of the element with your own hands. So you can charge various finger batteries. There is an example when a person after the charge of a cast-ion battery expired and stomped it, after which the charge indicators showed one hundred percent. 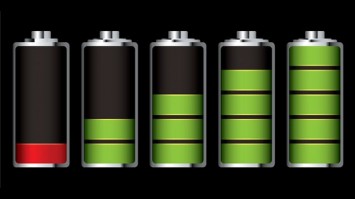 It is also possible to restore the charge without a charger: we make 2 holes with an awl near each coal rod three quarters deep from the height of the element itself. We fill in the liquid in them, and clog them, glossing them with resin or plasticine. You can fill in not just a liquid, but an eight to ten percent solution of hydrochloric acid or double vinegar. Pour the solution several times for sufficient saturation. This method allows you to charge up to seventy to eighty percent of the initial capacity.

Another way to charge the product: open the element cover with a knife. If the zinc cylinder, the core of the object, and the carbon powder are unharmed, then immerse the object in a salt solution. Its ratio is as follows: 2 tablespoons of salt in a few glasses of liquid. Next, boil the solution with the element for about ten to fifteen minutes. Then we return to the place of the gasket responsible for sealing, and cover it with wax or plasticine.

In this article, we told you how to charge batteries at home without a charger. The suggested tips apply only to finger batteries, since they, unlike the little ones, are flat (tablets) used for lasers, which are most often used in everyday life. Now you can properly charge the necessary elements even if there is no electricity!