4 easy ways to make a soldering iron from improvised materials

Sometimes there are situations when the owner simply can not do without a simple soldering iron. For example, you need tin stranded cable for the outlet, or unsolder part from a burned device. At such moments, you have to either borrow the tool, or put off the matter indefinitely. After all, not everyone will want to buy an expensive soldering iron or soldering station if it is not a repairman. However, there is a simple way out of this situation - to assemble a small soldering iron yourself, it is just suitable for small work. The manufacturing process does not take much time and effort, but you can save a certain amount of money and get invaluable experience. Next, we will tell you how to make a soldering iron with your own hands at home. You will be offered several designs, and you can choose the one that suits you the most.

The first and most simple technology for making an electric soldering iron with your own hands - using a powerful resistor. The device will be designed to operate at voltages from 6 to 24 volts, which will allow it to be powered from various current sources, and even make a portable version, powered by a car battery. In order to make the instrument yourself, you will need the following materials:

To make a soldering iron from a resistor at home, you must perform the following steps:

We draw your attention to the fact that such a portable gun can easily solder microcircuits and even make charger for car battery do it yourself. It can work not only from the power supply, but also from the battery. On the forums we met a lot of reviews, where this version of homemade was connected from a cigarette lighter to 12 Volts, it is also very convenient!

Please note that when you first turn on all soldering irons can smoke and stink for some time. This is normal for any model, as some elements of the paintwork burn out. Subsequently, this will stop.

There is another unusual, but at the same time simple idea of ​​how to make a soldering iron with your own hands from improvised materials for soldering small parts or smd components. In this case, we again come in handy. resistor, but now it’s not PEV (as in the previous version), but MLT, with a power of 0.5 to 2 watts. 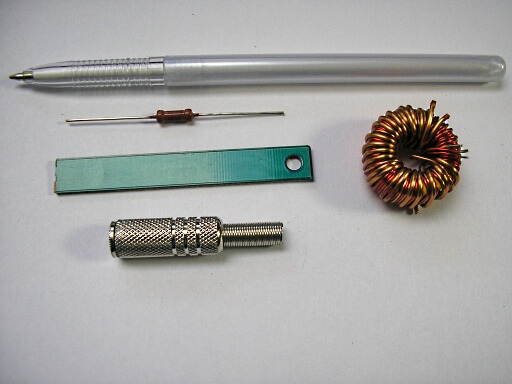 So, first you need to prepare the following materials:

Making a soldering iron from a pen at home is quite simple, you just need to follow these steps:

That's the whole technology of creating a homemade mini soldering iron at home. As you can see, there is nothing complicated in the manufacture of this tool, and you can easily cope with it, and all the materials can be found at home by disassembling old equipment or looking for them in the bins.

How to make a more complex model of a mini soldering iron at home?
Video review of a device with a nichrome wire operating from 12 Volts

This option is suitable for those who are already more or less familiar with radio engineering and can read the corresponding schemes. A master class on the manufacture of a homemade pulse soldering iron will be provided according to the example of this scheme: 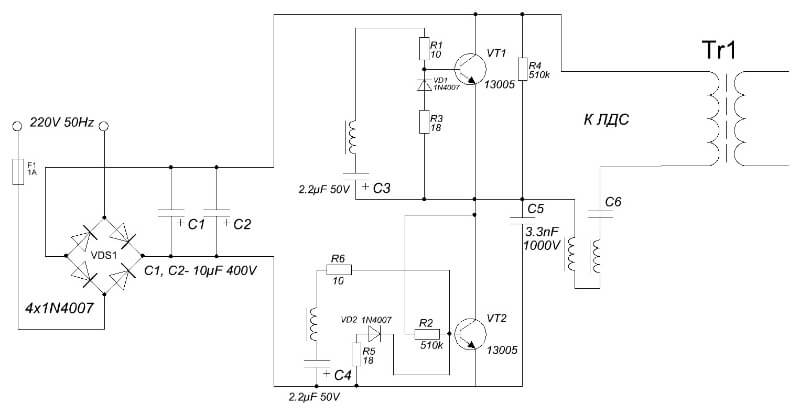 The advantage of this tool is that the sting heats up already 5 seconds after turning on the power, while the tin can be easily melted with a heated rod. At the same time, it can be made from a switching power supply from a fluorescent lamp, having slightly improved the board at home.

As in the previous examples, we first consider the materials from which you can make a soldering iron with your own hands at home. Before assembly, you must prepare the following tools at hand:

All you need is to connect the sting to the secondary winding, which, in fact, is already part of it. After that, one of the conclusions of the ballast must be connected to the primary winding of the transformer and fasten all the elements of the circuit in a reliable case, which will protect you from accidental electric shock, since the circuit contains a life-threatening voltage of 220 volts!

The principle of operation of this design is that the ballast from the lamp creates an alternating voltage, which is supplied to the primary winding of the transformer and lowered to low values, while the current rises many times. One turn, which is, in fact, a soldering iron tip acts as a resistor, on which heat is dissipated. When a button is pressed, current is supplied to the circuit, and fast heating occurs, after the button is released, the sting cools quickly, which is very convenient, since you do not need to wait a long time for the tool to heat up and cool down. 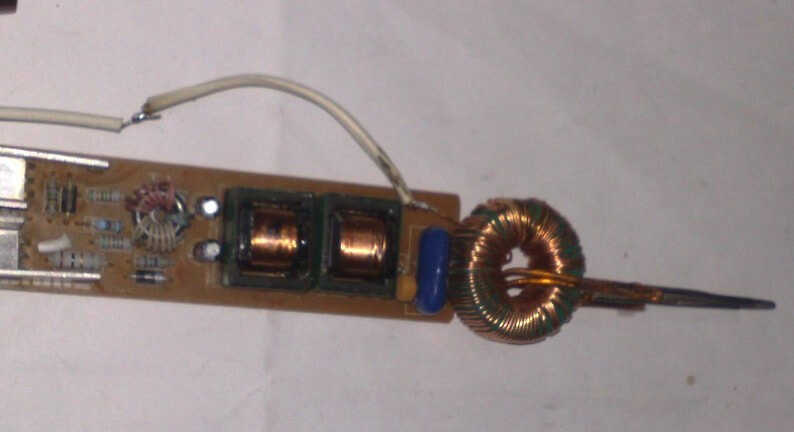 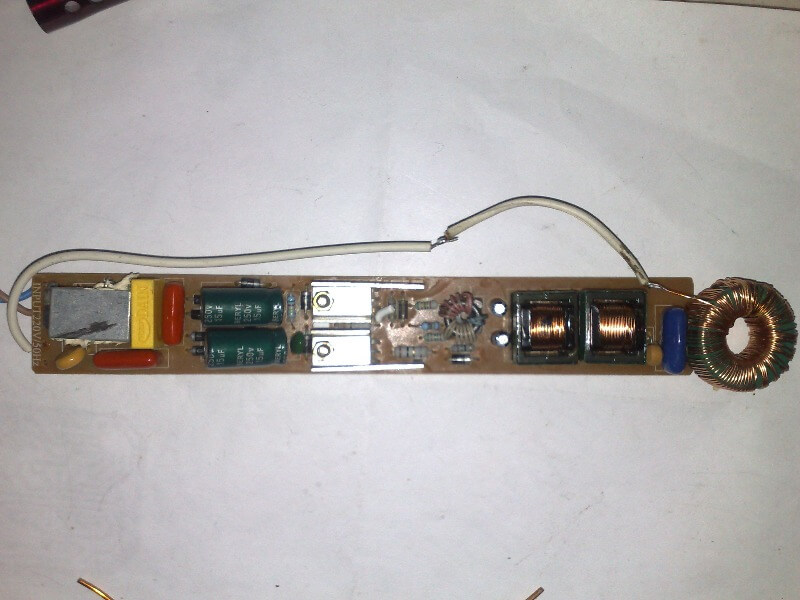 There is another option for making a miniature soldering iron - using nichrome wire. For this you will need: 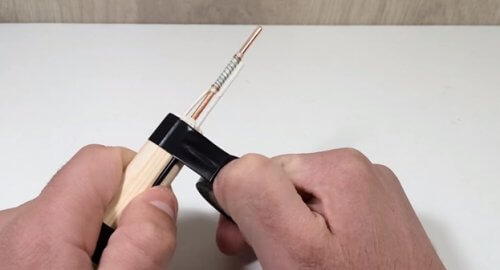 That's all, you got one more simple and reliable do-it-yourself soldering iron design.

Nevertheless, we recommend using either the first or second option, which is more understandable and simple to manufacture. As for the transformer version, although it is more powerful, it is still not so convenient to use. We hope that these photo instructions were useful for you, and in the end we recommend that you definitely see all the video examples in which the assembly process is discussed in more detail!

Video instructions for making the simplest electrical appliance
How to make a more complex model of a mini soldering iron at home?
Video review of a device with a nichrome wire operating from 12 Volts
Posted: 17.02.2015 Updated: 30.04.2019 10 comments